YAMAHA has launched its latest cruiser under the ‘Star’ brand, a 942cc V-Twin urban-bobber named ‘Bolt’. Released as an entry level cruiser model, the Bolt is designed to appeal to younger riders who are into minimalist styling. 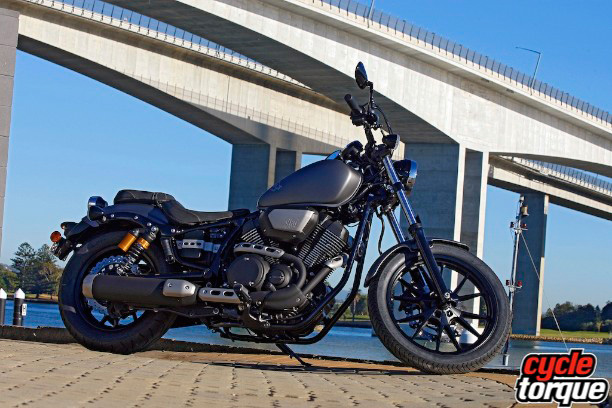 City chic
The media launch for the Yamaha Bolt involved a ride through Brisbane and the Gold Coast and from what I could tell, this bike is fun and easy to handle around the street. Its good city manners are in part due to the short wheelbase, but also a low compression engine.

Combine this with a low centre of gravity and you have a bike that is really easy to handle, especially at low speed.

I also liked the Bridgestones that were fitted as standard, they gave good confidence tipping into corners. The seating position gives you that feeling of sitting ‘in’ the bike, and the dirt track style handlebars not only look cool but are vibration free. 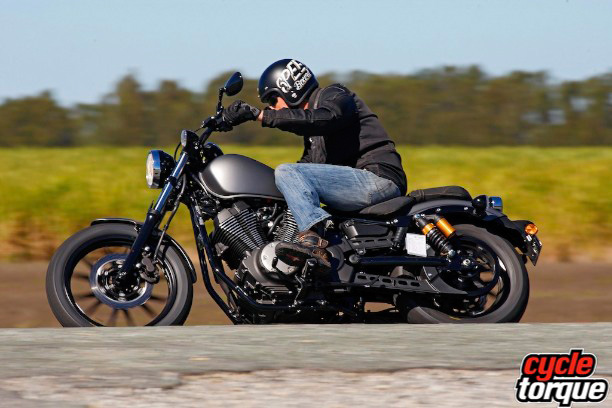 The mid mount controls are easy to operate and the seat is relatively comfortable – but this is definitely not a tourer. With 298mm discs fitted front and rear, the brakes are able to deliver good bite and feel for a cruiser, bearing in mind these are not the style of bike I expect to stop on a dime. Fuel capacity is 12.2 litres and on our ride we got somewhere around 200km from one tank.

The suspension is better than most cruisers – the 41mm KYB front forks had plenty of travel to soak up the Brisbane potholes. There are twin KYB shocks on the rear (adjustable for preload), with the ‘R’ model having an upgraded ‘piggy back’ style unit. 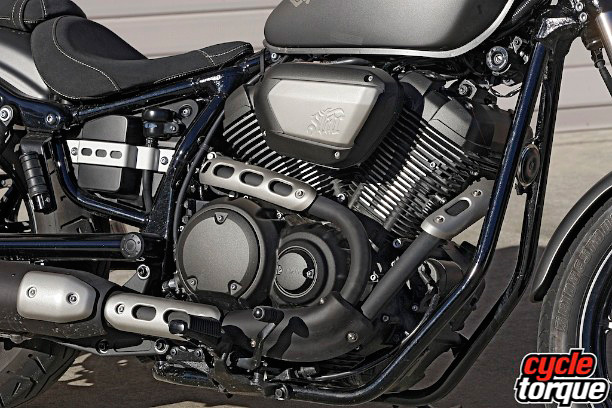 The difference in price between the stock and ‘R’ model Bolt is $500 – so if you can, my tip would be to grab the ‘R’ model. The ‘R’ model also has a suede looking seat which I thought looked and felt good.

Style council
With the bare features of this bike there will be a huge scope for customisation, but if you take a look at the pics Yamaha hasn’t done too bad a 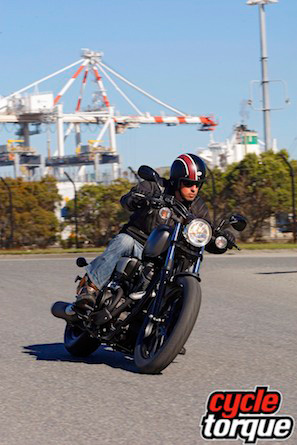 The colours available will be white and black for the stock model, while the ‘R’ model will come in grey and matt black. All look good, but I think my favourite was the grey ‘R’ model – it also stood out with the upgraded rear suspension.

Have a snoop around the internet and you will see how the Americans are already starting to go crazy on the Bolt…they also offer a wider range of colours – they are worth a look to get some ideas.

There will be plenty of ‘factory’ accessories from Yamaha like custom springer style seats, handlebars and lowering kit. You can also order a different headlight with brass features and leather saddlebags.

On the internet you can already find a few videos comparing the Bolt to the Harley-Davidson 883 Iron. It’s an obvious match up and there will be some riders that toss up between the two, however I think these two models will ultimately appeal to different types of people. Even though they have a similar look, spec and price tag, the Harley has a traditional all-American raw feel.

The Bolt is designed in the USA, but to me it still has that distinct Japanese refinement. Through the nature of that refinement and Japanese style, I find the Bolt naturally targets aspects of the 883 that have been criticised. 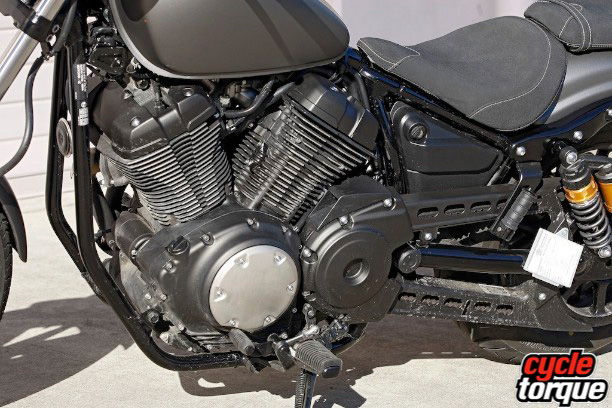 The Bolt has greater suspension travel to soak up the bumps and a bit more power to the ground. The brakes bite a bit harder and there is supposedly more ground clearance – but in reality in doesn’t take much to start scraping bitumen on this style of bike. 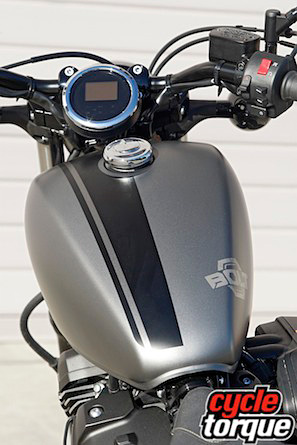 From factory to customer
Yamaha has certainly been watching and listening to the younger crowd that have been identifying with brands like Deus ex Machina. If you are one of those people that have found yourself clicking ‘like’ on Deus Facebook pics…then the Bolt could be your style.

Some of the design elements are intentionally meant to appeal to younger people, like the ‘wave’ styled brake discs, digital dash and LED lighting. I guess you could best sum it up as an urban bobber for the new age.

It’s an interesting move on the part of Yamaha if you consider that when most bikes go on to achieve cult status it’s almost by accident (like the SR400 for example). The Bolt is a deliberate attempt to tap into that market and I think it is a good thing.

Personally, I like it when a manufacturer goes out of its way to allow a machine to be unique – after all, riding bikes in Australia is partly about that self expression, they are not just a commuting necessity.

Cool Cat
The second last thing I will mention before signing off with the price is that Yamaha don’t try and hide the fact that the dimensions of the Bolt make it a good choice for the ladies. There is even a modification to bring the seat slightly forward to make it that bit easier to reach the ground. 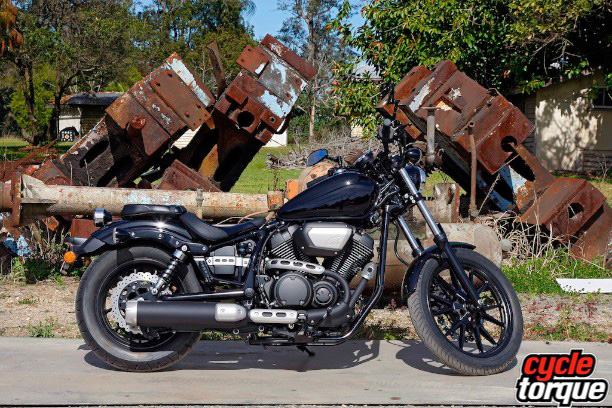 The last thing…well, the elephant in the room is the perception that Japanese cruisers don’t always make the grade when it comes to outright coolness. As the crew at Cycle Torque will tell you, I know cool.