After riding bikes for more than 10 years now, I still cannot figure out how it all started. No influence or push from motorcycling friends, or brother, or boyfriend, because there were no such person in my life then. Just one day this idea was ingrained in my brain and gave the fruit of deep passion for riding and travelling by bike. I could not stop… Countries of the former Soviet Union, Europe, Asia, Middle East… Every time I wanted to go further and longer. That’s how I came up with the idea of a world trip.

It made me anxious and scared at first; I realised that it’s not a piece of cake to go around the world. And even though I had a bit of experience by that time, I could not be sure that everything would be all right. But actually who can? This dialogue with myself went on and on for a few months, and my final reason was that if I don’t give it a try now I may regret it all my life afterwards. And even if I fail trying, the bitterness of failure will not last long, but awareness of personal cowardice and indecision will.

The main difficulty was that I could not afford a trip like that. By that time I’d been unemployed for quite a while already and could hardly make two ends meet. All my attempts to find sponsorship for the whole trip did not lead to tangible results.

My main victory though was to get the bike for my future trip from KTM headquarters in Austria – KTM Adventure 1190! Another, less exciting side of this fact, was that from now I was bound by commitment to go no matter what. And by my promise to be faithful to my dream… 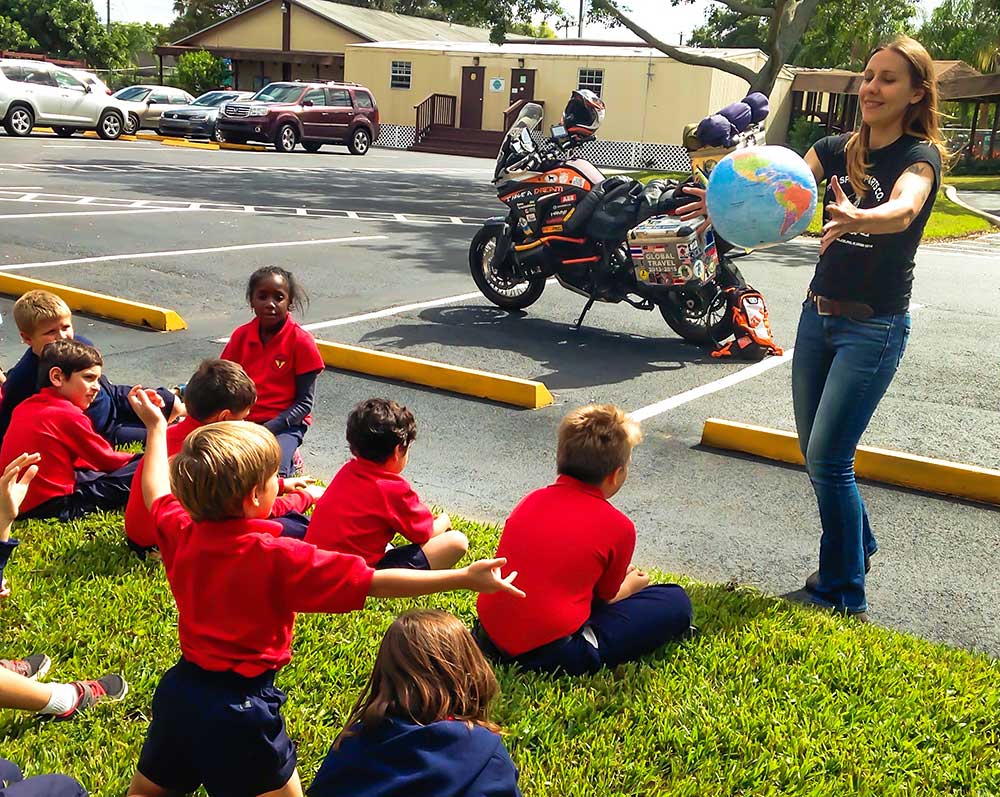 And then came the 27th of July, 2013, the happiest and the most stressful day of my life, the start of my world trip. Only a few very close friends knew how shaky were my chances to go forward in this trip for a continuous period of time. The duration of it was supposed to be at least two years, and all I had in my pocket was one thousand American dollars. It might be enough for a couple of months in the best-case scenario. I knew it was craziness, I could not sleep at night, I could not eat, I lost 10 kg. But did I ever seriously think about cancelling the trip? No.

Once farewells and good luck wishes of friends and family were behind, I realised that it was no more preparation or anticipation, now it was the adventure routine, and now every day I had to make my way, step by step, kilometre by kilometre. Strangely, I felt relieved, the scariest first step was made. There was no way back.

I went eastward through Russia, down through South East Asia, and even though my first thousand dollars were already gone, I was still on the road. I was followed by luck and blessing and met a tremendous amount of people along my way who were eager to help a traveller. Not only that, some kind of magic started to happen around me with the circumstances folding in a very organised puzzle.

One of the most difficult countries to get into on my route was Australia. Mainly because I didn’t have an important document for my bike called carnet de passage ensuring my bike was allowed into the country. I could not make it in my country, Ukraine, because there were no authorities eligible to issue it. The only way was to organise it through Europe but I had to put a big deposit into the bank which I could not afford. It has been one of my dreams to see Australia since my youth. I tried to visit it when I was 16 but at that time I could not get a visa. Now I had visa but I didn’t have permission for my bike to enter the country. When I started my trip I told to myself that if it was meant to be, it would be. I tried my best to organise this document along my way, but everything was in vain. Some of my friends even started to hint cautiously that I might skip Australia and get straight to North America. But it was not an option for me. Australia is not just a country, it’s a continent and if I want to make a trip around the world, I need to cover Australia as well. Moreover, I want this, my dream without Australia would not be complete. When I was ready to lose hope, the solution came through Malaysia, through one very kind person who had connections in the Automobile Association of Malaysia and helped me to get the document for a price which I could afford. 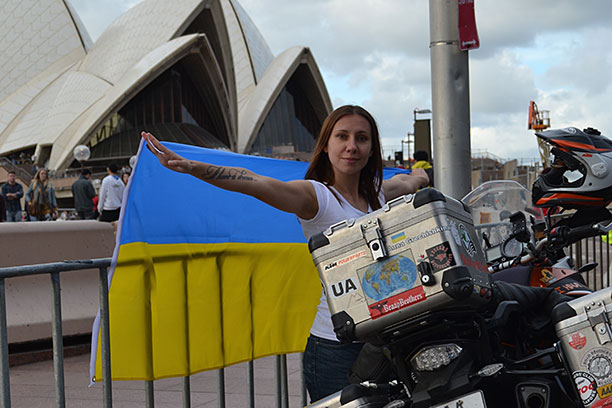 When my bike and I arrived in Australia I felt like I was the happiest person on earth. And every morning I was waking up with amazement and amusement that I managed to get into this beautiful country and travel here with my bike.

I crossed the country from Perth to Brisbane, then I shipped the bike to the USA and crossed it from one coast to the other, entered Mexico and proceeded to Central America. My future plans are to go all the way down to South America, later Africa, Europe and back home. For now I’ve been on the road for 21 months, and I think that one more year is ahead of me.

What I have enjoyed so far is the best experience in my life, and the decision to go around the world is the most correct decision I’ve ever made. I am happy that I didn’t let my fears and doubts outshine hope and faith in a dream. And now I feel responsible to share the message of a dream with other people.

I called my journey “I Have A Dream…” , same words from a famous speech of Martin Luther King. A dream of one person can change the world, and following one’s dream can change one’s life. I’m travelling around the world, I meet a lot of amazing people, I experience and taste many cultures and traditions, I see heartbreaking landscapes, I observe lots of miracles and magic in my travels. But enjoying all this by myself is only part of the pleasure. What makes it more fulfilling for me is sharing my experience with children, youth, women and many other groups of people while visiting schools, orphanages, hospitals, shelters, etc. I know that many of them are scared to believe that they also have the right to follow their dreams and make them reality. They may think that they are less fortunate and can never dare to dream. But if I can help at least some of them to believe in themselves like this poor girl with one thousand dollars in her pocket dared to believe that she could travel the world, I can consider my mission accomplished.

LAST month we left our intrepid Vietnam touring group on the shores of Lake Lak. Besides the beauty of the lake itself, the main reason tourists visit the area is to go for a ride on an elephant. […]

“A full length Himalayan Motorcycle Adventure where two Indian riders take two Australians and a German rider into far north India to explore the spectacular Ladakh area and the Himalayas.”