My idea of a large Adventure bike is a machine that can cope with long distances on bitumen in total comfort, can be ridden hard when necessary and totally turn it on when the going gets tough. Basically it has to be awesome in every way. I don’t ask for much. But really, that’s what these bikes have to do in the real world. 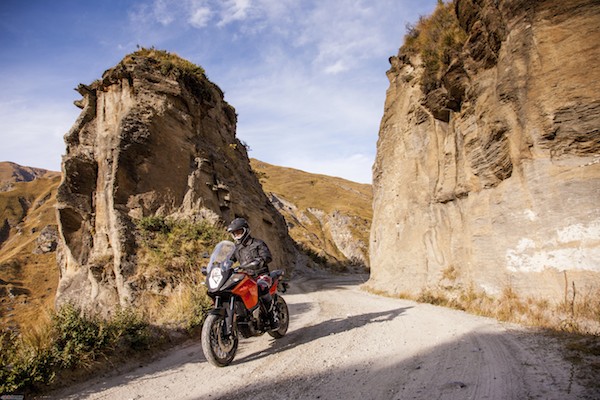 KTM had to come up with something special to stay relevant in the Adventure market and the all new 1190 is the product of two years of development from the passionate Austrian manufacturer.

Now, KTM practically owns the Dakar Rally, so what does the most successful brand in the biggest off-road event build into its biggest Adventure bike?

Everything, of course: ABS, traction control, optional luggage systems, tyre pressure monitoring, adjustable screen, adjustable engine mapping, trick suspension… but no bike is perfect, which is just one of the reasons KTM offers two 1190 Adventure models – this one and the ‘R’, which editor Pickett has thrown a leg over – watch for that test in a forthcoming issue of Cycle Torque.

The ‘R’ is for the seriously dirty set. Its seat is in the stratosphere, there’s a 21-inch front wheel, longer travel suspension, more ground clearance and slightly more weight.
Sounds great – if you’ve got the skills to use the extras, can cope with the 890mm seat height and really need knobby tyres. 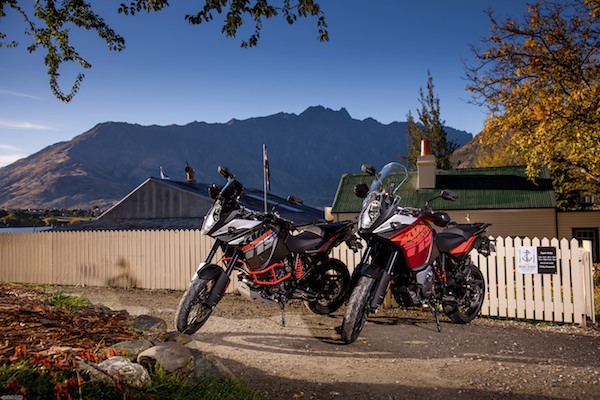 Everyone, queue up behind me to throw a leg over the standard 1190 Adventure… All the tech ABS, traction control, selectable engine maps – from the Ducati Multistrada to the BMW R 1200 GS and now on the KTM Adventure, there’s high-tech lurking behind the side panels of nearly everything which has a sense of adventure built into its DNA.

What I love about the KTM is the way you can tailor it to suit yourself and the conditions – for example, Off-Road mode allows the rear wheel ABS to be switched off while still preventing the front from folding up under you.
Off-Road mode also reduces horsepower, which is a good thing if you’re actually sane, because you don’t need the full 150HP on loose surface (yes, I know you want it, but you don’t need it…).

The tech has also improved fuel economy, with the 23 litre tank now able to get you almost 400km, vastly better than older models.
A tubular steel chassis might sound a bit low-tech in 2013, but KTM’s been building frames this way for many years and they work, really well.

The HSE Motorex KTM Off-Road Team of Ben Grabham and Matt Fish will be there when the brand new WA Desert Tri-Series kicks off this weekend at Doorawarra, near Carnarvon in Western Australia’s upper Gascoyne Region.
[…]