WHAT makes someone buy a Bimota? I can think of a few reasons, but although I’ve lusted after a few – the Tesi, DB1 and SB3 for example – I’ve never seriously thought of buying one. An expensive machine like this needs a point of difference, and the DB8 has a number of those. 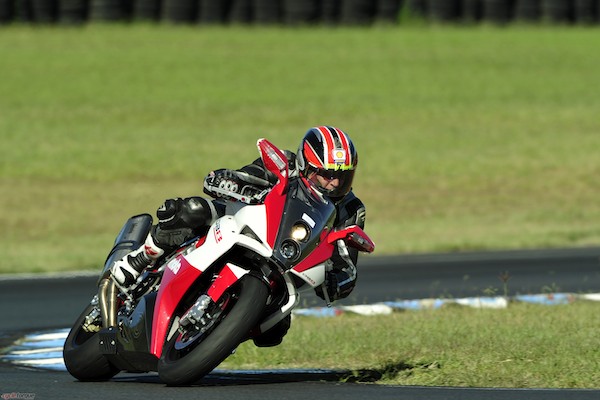 The closest I ever came to buying something like that was a Macintosh BR2 when I was in my early ’20s. I can’t remember what the price was but when I told my soon-to-be wife she gasped and said, “wake up to yourself”. That’s the crunch right there I reckon; the cost of buying what I would call motorcycle art.

Is it worth the hefty price tag or is it even as good as the Ducati 1098/1198 which gives the DB8 SP its heart? I don’t think it matters!
Of course, to the Beige People out there it does matter, but what matters to me is that I got to ride it.

Envy
When the bike turned up it looked bloody amazing – tiny but with more room than you would expect, bits everywhere milled out of billet alloy, and a colour scheme that screamed Bimota.

When I turned up with it to Eastern Creek for a ride day I could feel all eyes on me. I felt like a king, and that’s part of the attraction of owning a bike like this. It’s a shame the bike was strapped down to a bike trailer behind my Commodore ute. If only I was towing it behind a Range Rover Vogue or something as equally flash and expensive. 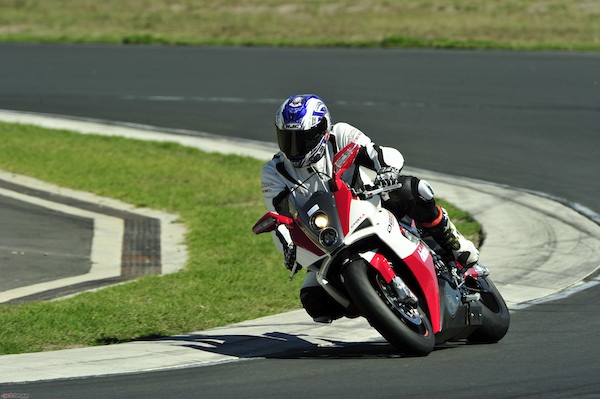 What about the bike?
Now that you ask, it is a masterpiece of design. I have a sneaking suspicion a lot of it is for form rather than function but that’s cool. Take the frame and swingarm for example.
Does it really need a massive milled alloy bit joining the frame and subframe, or one bolted on to the back of the main swingarm?
Probably not, but then does a buyer of a machine most people only dream of owning expect their bike to look similar to every other sportsbike on the market?

Some aspects of the machine which really stand out for me – besides the just mentioned frame and swingarm – is the design of the rear suspension, the strikingly beautiful exhaust, the styling, and the front suspension.
They stand out to me not because of the way they work but how they are designed and put together.

An expensive machine like this needs a point of difference, and the DB8 has a number of those points.