BMW’s F 800 GT is a direct replacement for the F 800 ST. With a new fairing and screen, the GT certainly looks the part, and its 798cc liquid-cooled parallel twin cylinder engine has a few more horsepower than the outgoing ST.

For riders wanting a touring option without the bulk of a big capacity touring machine the GT is right up their alley. It has BMW’s well earned build quality, and the engine is a willing performer. 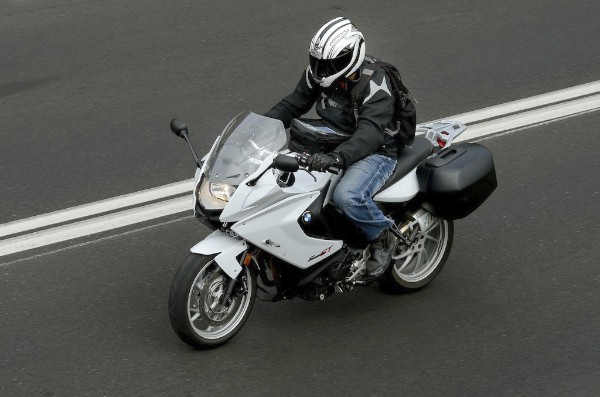 In the showroom
Straight away you notice how striking the bike is to look at. The colours stand out, and the look just seems ‘right’. Even the massive panniers don’t look out of place.

Most of the ST has been brought over to the GT, so the bike is more a sports tourer than a tourer per se. That’s evident as soon as you sit on the bike.
It has flatish handlebars, and footpegs set rearwards. It’s a pleasant riding position though, and even stationary the GT feels as though it wants to run a bit wild. 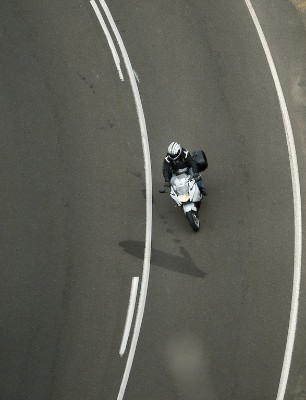 The single sided swingarm gives the bike a real racy look, and upswept muffler (from the F 800 R) adds to that look. The engine is found on a number of bikes now, including the off-road 700 and 800 GS models, and even Husqvarna uses the engine (in slightly modified form) for its two street motard Nuda models.

For the GT it gets an extra five horsepower, now up to 90. That number feels about right when you are riding it.

BMW has carried over the belt drive system, and it has proven to be a reliable arrangement, requiring minimal adjustment. But you cannot change the gearing, so what comes from the factory is what you are stuck with.
That said, we found the final gearing fine on the GT, and guess most riders will feel the same when they ride it

Instead of importing every model BMW, and with every available option, BMW Australia usually works out what it thinks Aussie riders will go for and imports specific models to suit, with specific options, which then become the standard model in Down Under.

As tested our F 800 GT also had the optional Automatic Stability Control (ASC) and Electronic Suspension Adjustment (ESA).
On the F 800 GT though, the ESA is limited to the rear shock only, and then only for damping control.
Pre-load is hydraulically adjusted via a knob on the right side of the bike under the seat. There is no adjustment on the 43mm traditional telescopic forks.

BMW does not use the Telelever front end on the F 800 GT. ASC and ESA come as an option package (including Tyre Pressure Monitor), you can option them separately, but it’s cheaper to do so if you get the package, and BM W Australia says in its experience over 90 per cent of buyers tend to go with all the fruit.

As tested the F 800 GT was also fitted with panniers and tank bag. And because the fuel tank is under the seat you don’t have to take the tank bag off to fill it up – cool. 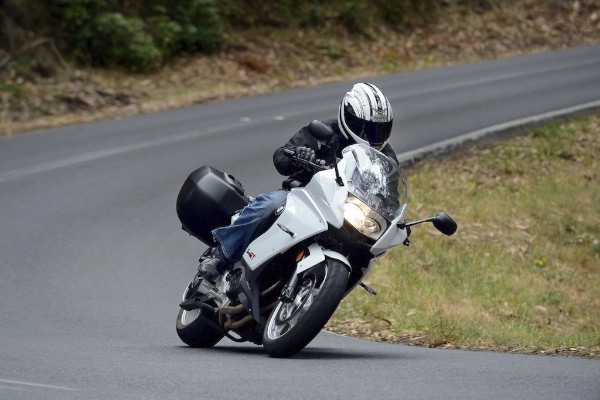 On the road
As said before, the riding position is on the sporty side of touring, but even during longer stints in traffic we felt it was quite comfortable.
The comfort seat fitted to the test bike was indeed comfortable for extended periods of time. After a few hundred kilometres the backside did start to ache a bit, but we’d certainly plumb up the extra for the comfort seat option.

Even though it’s not a huge motorcycle there’s still loads of room for people up to and over six feet.
The recesses in the tank doesn’t encroached on the knee space, and it’s the sort of riding position which caters for long days in the saddle.

Info is easily accessible from the instruments, and scrolling through the ESA settings etc is one of the easiest around.
The twin cylinder engine likes to rev, and it’s a pleasure to use. We’ve always been a fan of BMW’s parallel twin, but without riding the outgoing ST and the new GT back to back it’s hard to tell how livelier the engine is. 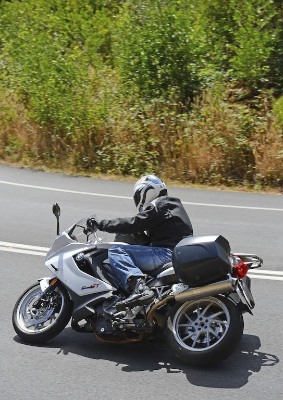 For most GT buyers the power will be plentiful, only showing any flaws if you were two up, loaded and wanting a quick overtake.
If you are solo and need to overtake quickly then a down change is required. We found this to be part of the fun though, as the gearbox is slick, and the engine a free revver.

Top speed is in the region of 220 km/h so don’t think the GT is slow. Far from it, it’s just the smaller capacity engine doesn’t have the torque of larger engines on the BMW fleet.

There are some compromises in the suspension department. Up front the forks don’t have any adjustment but most of the time this isn’t an issue, and down the back the rear shock could have more travel we feel.
In fact, the outgoing ST had more than half an inch extra travel over the GT, and the GT has a two inch longer swingarm than the ST.

BMW says this is to give the bike more stability, and in good conditions that is dead right. When the roads are smooth you can punt this bike seriously quick, make no mistake about that, and the braking package is made for such work too.

When there’s big dips in the road, or sharp hits the suspension can bottom out. You can overcome this, on the rear at least, by winding up the pre-load and selecting Normal or Sport damping settings instead of Comfort but then that can make the shock feel overall a bit firm on rough roads.

We did find the damping from the ESA was very good, and there’s loads of preload adjustment but the bike would be better if it had that extra 0.6 of an inch travel at the rear.
Weather protection is very good, the screen doesn’t give undue buffeting, and the mirrors give you a fantastic view of what’s behind.
You do have to lean a fair way forward to adjust the mirrors so that’s best done while stationary. 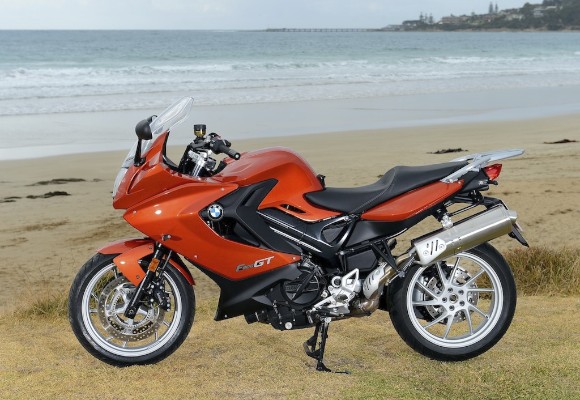 Verdict
We think the F 800 GT will be very popular with buyers. Lots of riders want a touring bike but for many reasons the bigger BMW models are just too much bike. The F 800 GT is near on a perfect option for these riders, and it’s a great bike overall.