Country musician Lee Kernaghan is encouraging ATV users to do more training and wear a helmet.

“They’re doing themselves a favour and they’re doing it for their family,” Kernaghan said, at a press event for Yamaha, August 9.

Mr Collins said ATV-specific training, and wearing a helmet can reduce up to 60 per cent of ATV fatalities.

The ATV industry has been unswerving in its commitment to its Five Star Safety campaign, of which helmet usage is a key component.

Mr McNally presented a new ATV-specific helmet made by Shark in conjunction with the Australian ATV industry.

The Shark ATV helmet is the first globally-certified ATV helmet also suitable for road use.

It comes after 12 months research into specific ATV rider needs and in particular, those of working farmers using ATVs for common tasks such as stock mustering, feeding and fencing.

Mr McNally said only 20 per cent of ATV riders wear a helmet, because they’re too hot and heavy, the buckle is cumbersome and operators can’t hear animals whilst mustering.

The Shark ATV helmet overcomes these obstacles, with large cooling vents, fibreglass composite shell, ratchet-type buckle (which can be used with gloves) and increased hearing ability.

Mr McNally said there are over 300,000 ATVs being used in Australia, with 15 fatalities on average each year.

Wearing a helmet alone could reduce this number by up to 30 per cent.

The FCAI has been vocal in its support for the new helmet which addresses many of the concerns expressed by farmers who recognise the safety benefits of wearing a helmet.

It has also been vocal in getting the message out kids under 16 don’t ride adult-sized ATVs, stressing the importance ATV operators receiving some kind of training and that the right vehicle is being used for the task.

Mr Eggenhuizen said the goal of YASSI is “to bring the average skill level up.”

“Training can prevent situations from occurring,” he said. 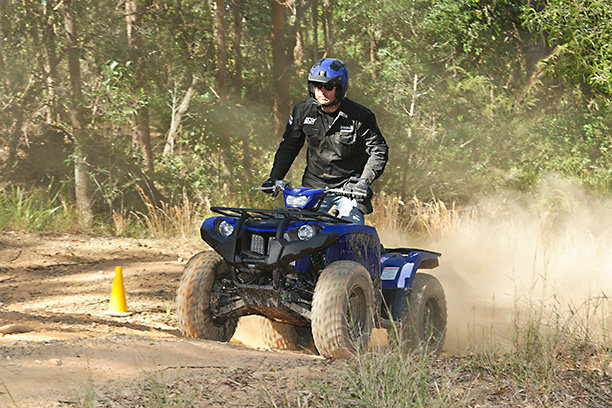 Polaris has announced the release of a new single seat off-road ATV utility, the Sportsman ACE.
[…]