The doors have closed on the 2013 Sydney Motorcycle & Scooter Show, wrapping up what was the biggest motorcycle show in Australia in a decade.

Over three days, 28,000 motorcycle enthusiasts enjoyed everything the Show had to offer, including the latest motorcycles and scooters from leading manufacturers. The turnout was the largest for the motorcycle show since 2004. 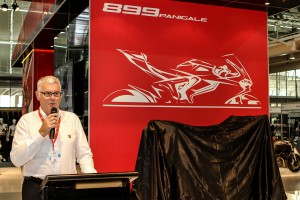 A record 140 exhibitors showcased everything from motorcycles and scooters through to collectibles, as well as accessories, services and travel destinations.

Among BMW, Ducati, Kawasaki, KTM, Honda, Piaggio, Suzuki and Triumph unveiling new models, Indian has made its official Australian debut at the Show.

Paul Mathers, Event director said “We had to usher people out on Sunday Evening”. 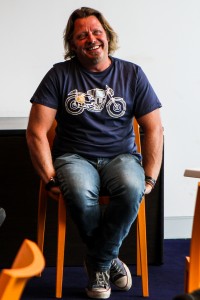 New exhibits and features were proving “Extremely popular with visitors and exhibitors alike”.

The inaugural Walk of Fame and historic bike collection was a point of difference for the 2013 show, The conversation pieces providing a great buzz for punters.

World-renowned motorcycle adventurer Charley Boorman conducted a live tour on-site, making numerous appearances on stage and at exhibitor stands. ‘Lukey’ Luke wowed the Darling Harbour crowds with stunt shows, along with daredevil tricks from the Jack Field’s Hell Team inside the halls of the Sydney Convention and Exhibition Centre.

Next year’s Australian Motorcycle Expo will be held in Melbourne, 21-23 November.

The 2017 Sydney Motorcycle Show presented by Shannons Insurance will celebrate women in motorcycling with a series of informative presentations and features, November 24-26. […]