Josh Waters (SUZUKI) has won the 2017 Australian Superbike Championship (ASBK) during the final round of the season at the Phillip Island Grand Prix Circuit, Victoria, October 6-8. 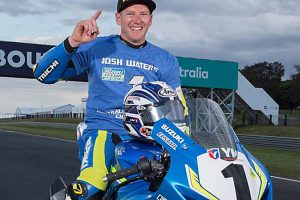 Waters said it was “unbelievable” to win another ASBK title, being the first year with Team Suzuki ECSTAR Australia and the new GSX-R1000R.

After qualifying third on Saturday, Waters piloted the Suzuki to victory in race one and took charge of the points lead in the process.

His winning margin of almost four seconds enabled him to stretch 13 points clear at the top of the points table with just one race remaining on Sunday, October 8.

That advantage saw Waters start race two in ‘championship mode’, understanding what it would take to seal the crown in glorious afternoon sunshine at the world-renown circuit.

“The aim was to win race one and then in race two I knew what I had to do, but it wasn’t easy and I had about a trillion things going through my head,” Waters said

Josh settled into a rhythm after leading Lap 1 as the 12-lap duration ticked down, eventually crossing the stripe in fifth position to cement the number one plate.

It was a tough slog, “at one stage we were near 60 points down, so to turn that around and even be in the position to challenge for the championship at the last round was an achievement for everyone,” he said.

“It just feels really good to win this title and it played out the way we needed to, so thank you to everybody who has supported us and all of the team’s partners as well.” 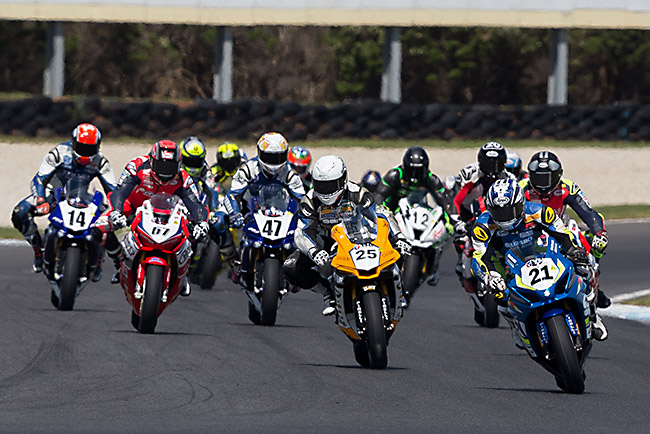 Team Suzuki ECSTAR Australia owner, Dale Brede, said the championship win is a testament to the GSX-R1000R’s capabilities on-track, in what was the first attempt as Suzuki Motorcycles Australia’s official race team.

“It’s just a great result considering we weren’t even thinking about the championship at all this year.”

“I think that’s actually helped us, because we have just been focusing on developing the bike and next year was always the goal in terms of the title.

“But in the back-end of this year Josh’s performances have been unbelievable, Phil has produced an amazing machine and Suzuki has provided a fantastic platform for us to compete with.

“To come away with the championship was very unexpected, but unbelievable and just unreal for Team Suzuki ECSTAR Australia.

“They’re are a great team of people we have and I’m really proud to be part of that also.

“Working with them is a real pleasure and everybody at Suzuki has been great as well, so thank you to everybody who has made this possible.”

Waters ultimately scored five race wins and two overall victories throughout the course of the season en route to a third-career crown.

Team Suzuki ECSTAR Australia was a late addition to the series for this season, officially announced during February’s world launch of the GSX-R1000R at Phillip Island.

Suzuki is offering the chance for one lucky customer to WIN a brand new GSX250R. […]