BENELLI may not be a household name, but for those riders looking for something a little left of centre, this niche manufacturer may be the look you are after.

You could be easily mistaken for thinking Benelli has been long gone in the motorcycle market, however it’s still going strong, clocking up 100 years, almost as long as two wheeled machines have been available.

A sporting adventure Classed as a ‘do anything and go anywhere’ bike, the Benelli Tre-K is an upright tourer which offers plenty of appeal to riders both in the looks and performance department.

From the trestle steel frame, with alloy sub frame, to the spectacular triangulated tube steel swing arm, the Benelli Tre-K has that distinctive look all its own. 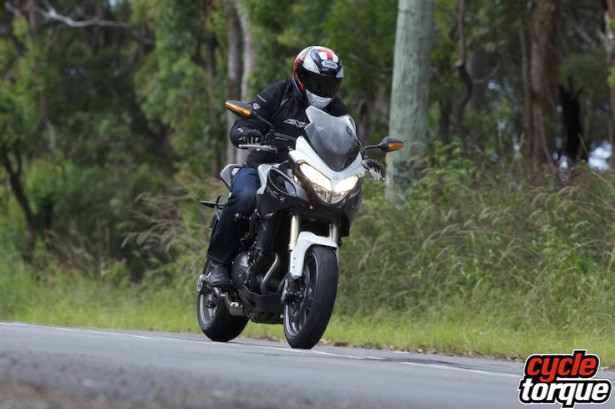 Powering this ‘do anything-go anywhere’ bike is Benelli’s 1130cc, electronic fuel injected triple cylinder engine. It may look quite familiar as it is also the heart of both the Benelli TNT and Tornado.

With three 53mm throttle bodies, and four valves per cylinder, this triple makes a very healthy 126 horsepower or 92 kilowatts which rips the 205 kg (dry weight) Tre-K down the road nicely thank you.

Power peaks at 9000rpm, but it is the mid-range area, where riders will want to spend most of their time, that the engine produces its best torque, and with the raspy note exiting from the under seat exhaust, it begs to be ridden with gusto in this rev range.

Keeping the Tre-K 1130 on the bitumen is well and truly catered for thanks to the fully adjustable Marzocchi 50mm upside down forks, which keep the front end pointing in the right direction.

The front end is very compliant and soaks up plenty of backroad bumps without sacrificing rider comfort. Pulling the front end up is handled by Brembo four piston calipers, clamping onto twin 320mm floating discs, which do their job without exception. 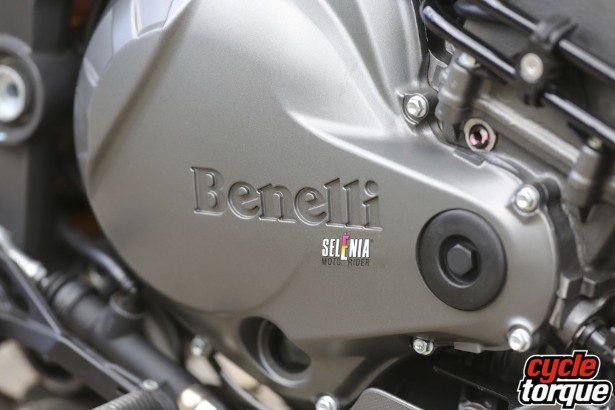 One noticeable omission which some riders may be on the lookout for is ABS, which is not available at this stage on this model. The rear end, which is certainly a talking point due to the triangulated swing arm, and has an Extreme Technology rear shock with both compression and rebound adjustment.

We first came upon this brand after testing the Bimota DB8 SP and have found it’s hard to fault on both bikes. This tells you the company can build suspension to suit all types of terrain. No longer is it the Italian way of making it super stiff so it handles, which is a good thing.

The rear suspension works very well on the Tre-K, whether cruising along at highway speeds or having a larrup through the twisties out in the boonies. As a whole the suspension package really does work well when the ‘red mist’ is about and spirited riding is in order, cracking the motor through its paces certainly shows the handling is well suited to what the bike can deliver. 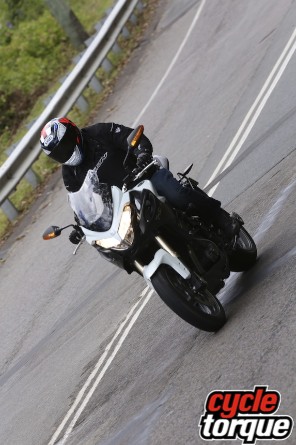 And when this type of riding is in order the rider has the option of using the Benelli Power Control, which is a two stage ECU map. You simply press the button on the dash, further livening up the motor, allowing the rider a few more revs to play with, along with more initial response from the growling triple. On the flip side, the tamer setting can be chosen for around town riding or to assist with wet weather riding, or dirt roads.

It’s not just about the power and torque with this machine, as the upright riding position and comfortable seat and height of 850mm, makes time in the saddle a real breeze, no matter whether it’s around town or on the open road.

Comfort doesn’t stop there as the front screen has a three step adjustment allowing the rider to change screen height to suit their own height, and although it does seem a little flimsy, it does the job of keeping the breeze flowing over the rider just fine.

The side mirrors although being an odd shape, do a great job of keeping an eye out of what is looming behind the Tre-K. On the flip side of the mirrors, the front indicators are mounted and well concealed.

A mixture of both analogue and digital fixtures adorn the dash, along with the power control button, with the tacho and temp gauges feeding instant information to the rider via the easy to read dials.The digital dash features a large number speedo, vertical bar fuel gauge and clock, along with both a trip meter and odometer.

If a bout of touring is in order, Benelli has a set of semi-rigid panniers, which offer both good looks and enough room to throw in enough gear for an overnight stay or weekend away. The panniers can be easily attached or removed with a simple press of a clip on the back side of the panniers, and lift them straight off the frames. 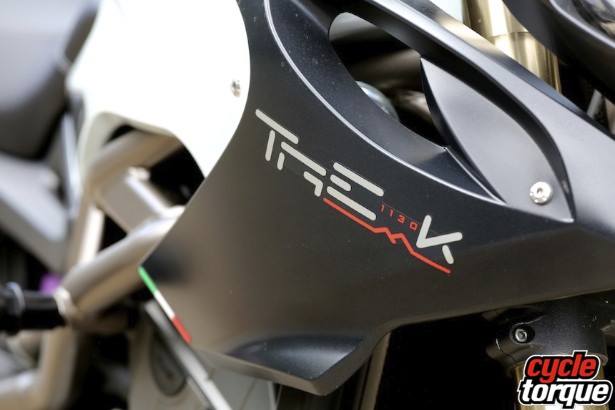 More than just a good looker
There is no question the Benelli is a versatile bike, as it is very capable of regular around town riding, but can also accommodate the tourer in us as the riding position is right on the mark, and with 21.5 litres in the tank, allows a good few hours of riding before a fuel stop is warranted.

It’s designed for mainly tar riding, and rough tar at that, but it can also cope fine with dirt roads, and the odd fire trail if you are a keen and capable rider. It’s not just an all-roads bike masquerading as an adventure machine. Of course if it’s a case of the ‘boy racer’ coming out to play well, the Tre-K is also capable of getting the heart racing thanks to the raspy growl from the engine, and the power on tap.

Italian manufacturers are well known for their build quality and the folks at Benelli have certainly kept up this tradition with the Tre-K. It is a niche bike in a broad market and due to this it may not appeal to all lookers, but when stopped on the road side or in a group of bikes, it certainly will turn a few heads.

This model has been around for a few years now, and it still is an impressive machine in both the looks and performance department.

With a rideaway price of $17,990 and a two year unlimited kilometre, Australia wide network warranty, the Benelli Tre-K offers value for money as far as we are concerned.

For a limited time Benelli is throwing in a set of panniers worth $1000 to sweeten the deal, so get on line and check them out at benelli.com.au or drop in to your nearest Benelli dealer.

For MY19 Suzuki Australia is expanding its popular V-Strom adventure touring line-up with the introduction of the V-Strom 250 ABS. Suzuki’s V-Strom series has won the hearts of riders all around the world, establishing itself […]

The history of BMW Motorcycles – video

Even if you aren’t into BMW motorcycles, this is worth a look.