The legendary Peter (Mr) Smith was a fantastic bloke who often made a living writing about the things which happened when he was out riding motorcycles.

Short, rotund and always in some form of ill-health, the Mr Smith column in Two Wheels became legendary in the 1980s and 1990s. Smith died in 2009 and I really, really miss him.
Now many of those early columns (1985-1988) have been put together into a book title Mr Smith, a Sharp Mind in a Blunt Body, which was also how he would describe himself.
For those of us old enough to remember the times, the roads, the bikes and the people, these columns will take you back. Youngsters might have a little trouble following some of Smith’s ramblings, but I’ll say this: if you want to understand why motorcyclists did what they did back in the day, read this book. It will be hard work and entertaining and educational, something we can’t say to often these days.

Order it directly from Vivid Publishing. There’s only 1000 copies available and the profits go to Black Dog. 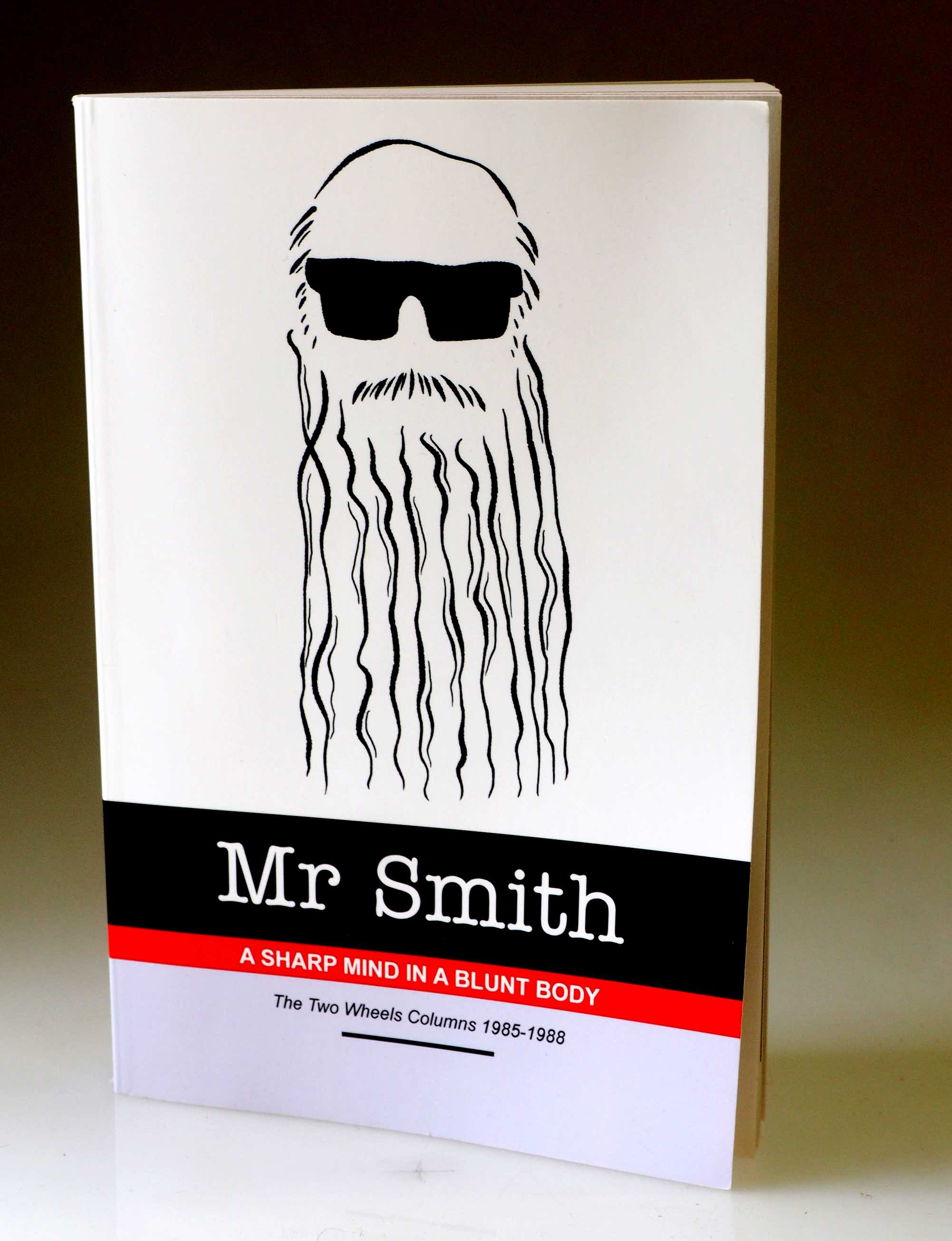