Pricing starts at $6,900 plus on-roads, and will be available in three colours.

BMW calls it a “genuine GS”, and press pictures indicate it certainly looks capable of slaying the twisties and a fire trail or two.

The G 310 GS is based upon BMW’s learner platform first seen with the G 310 R roadster. 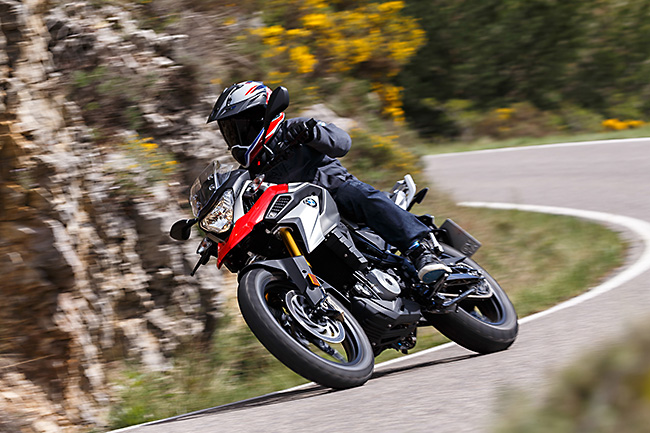 First up, the biggest selling point of the 310 GS variant is ABS can be switched off at the press of a button, which is a must when you’re riding off-road. It’s great to see the feature included on an entry-level bike.

Cycle Torque had a ride of the G 310 R roadster back in July, so we’ve got a fair idea what to expect from the engine. It’s a 313cc liquid-cooled reversed-head single, which has suitable performance for a learner and boasts great fuel economy too.

However on a GS we’ve come to expect lots of fuel capacity, and it’s meagre on the G 310 GS at 11 litres, so we’re seeing BMW make some compromises. We’re looking forward to finding out how much range the G 310 GS offers, with roughly over 300kms expected out of a tank.

The other thing we’re looking forward to finding out is whether the bike handles as well in its intended environment as the roadster does.

Suspension travel on the GS is long with 180mm at each end, and the rear spring is adjustable for preload. 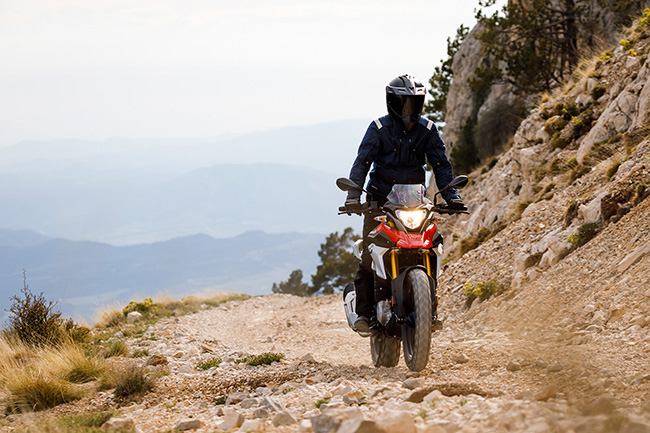 The 310 off-roader’s styling is distinctly GS with its characteristic high front fender and short, high rear.

Seat height is low by adventure bike standards at 835mm which opens up the bike up to a wide range of riders, the taller of which will suffer most.

All up we’re expecting a relatively capable machine, maybe not quite GS standard, but more than enough to satisfy its less-experienced rider market and the conditions they’ll throw at it.

Brits Tom Sykes and Chaz Davies on top of the Ring

Tom Sykes (Kawasaki Racing Team) and Chaz Davies (BMW Motorrad GoldBet) scored one victory each on the Eifel venue, with the Huddersfield-born rider regaining the Championship lead by one point over Sylvain Guintoli (Aprilia Racing Team), while the Welshman rode his S1000RR to first place for the first time after the double win at Aragon last April. […]

IDM Superbike Championship leader Damian Cudlin endured a race he’d soon rather forget at the Red Bull Ring in Austria on the weekend. […]