The Zero SR hails the arrival of the electric era.

Tesla, carbon neutral, low emissions, driver-less cars – they are all big themes which have risen out of the past 10 years.

We have become more conscious of our carbon footprint, but we are also scared of change so it puts us in a delicate place at the moment. I suppose the proof is the disproportionate interest in Tesla, but unless you charge from solar panels or essentially live off the grid, we all still heavily depend on fossil fuels in one way or another. I am here to tell you however, electric vehicles have well and truly arrived and the Zero company (whose name is derived from the idea of zero emissions) is a long-term player in the motorcycle game.

Zero builds electric bikes in Santa Cruz, California and has been doing so since 2007. Over nine years Zero has pretty much led the way in practical, electric motorcycling.

Because of that experience, the Zero SR is one of the most advanced electric bikes on the consumer market – so this is more a comparison of electric versus the rest. Because the riding experience is so different to the norm I want to get straight to the bike. 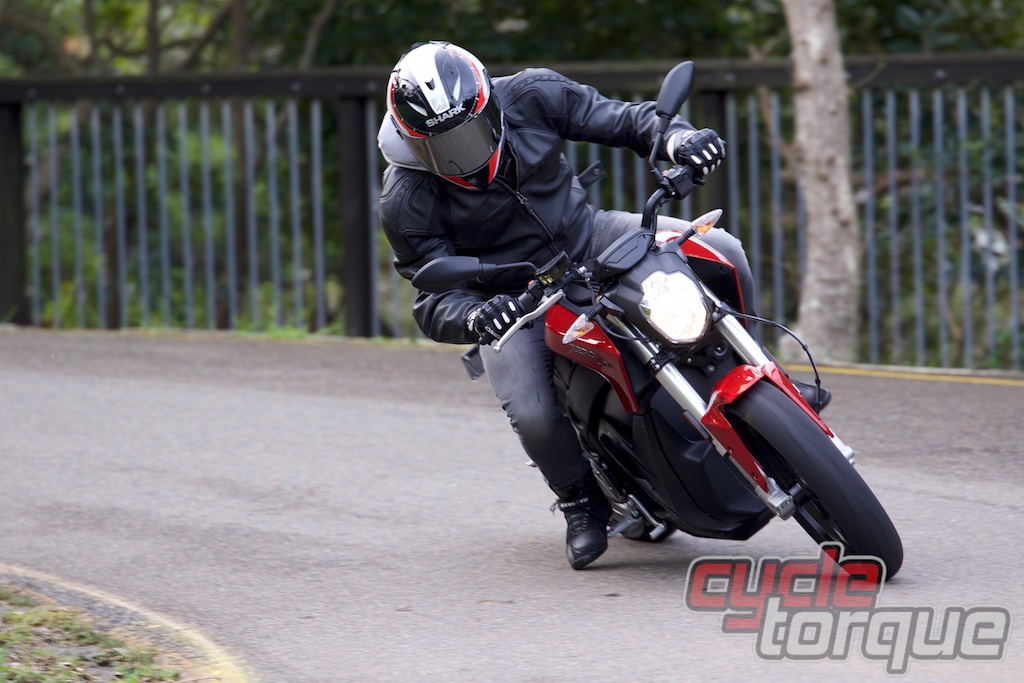 The first thing I was curious about was the throttle response.

Riding a conventional motorcycle (with a combustion engine) is so intuitive to an experienced rider, the feeling is ingrained. With the Zero SR I wasn’t sure whether to expect it to ‘snap on’ or be easier to manage.

In this respect, the Zero SR nails it above all others. It changes what motorcycling has been all about because it takes away so much of the conventional thinking about riding. From a standing start, in the middle of corners, roll-ons, anything – the response is silky smooth and predictable every time. There are no gears, no clutch, no ‘fuel’… the sound is even a radical departure from the norm. Just twist and go.

It gives you this feeling of being über connected to the machine – riding by a process of dissonance when these variables have been removed – it is unlike anything else I have ever ridden.

BACK in the day Kawasaki’s Z1 and then Z1000 were the bikes to have if you wanted high performance, reliably, and street cred. If you had one of these jiggers you were king of the kids. […]

Arse kicking and feet-forward cruising paves another way forward for Ducati with style, sophistication and grace with its radically new XDiavel and XDiavel S […]