Yamaha Racing’s motocross teams are full steam ahead for round two of the Monster MX Nationals, to be held at Appin Raceway, just south west of Sydney, this weekend.

It was a mixed opening round for the factory Yamaha teams, with each team experiencing some challenges as well as some good results but all riders are excited about the upcoming weekend and look forward to some great racing.

CDR Yamaha – MX1
Billy Mackenzie led the CDR Yamaha charge at round one, scorching the field in the Go Pro Superpole and showing great speed in many of the races. Unfortunately, Mackenzie wasn’t able to capitalise on his speed advantage but still managed a hard earned fourth place finish for the round and is well placed heading into round two. 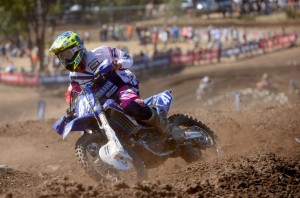 “I was happy with my riding at the opening round, I just need to turn that speed into results. The bike is awesome and it’s nice to be able to get some time at home and get into my usual routine as so far this year I have been bouncing between NZ and Australia,” Mackenzie explains. 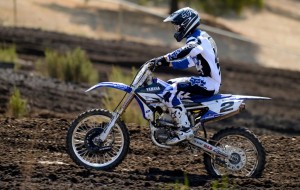 Jay Marmont is looking for an improved performance at round two and with the Appin circuit close to where Jay lives and he also spends plenty of time training at Appin, expect Marmont to come out swinging this weekend.

“Broadford has always been a track that I have struggled with, even in my championship years,” Marmont offers. “But with round two at Appin, I feel more confident heading into the round and I know there will be plenty of friends and family there to cheer me on.”

Serco Yamaha – MX2
Crashes and a once in a lifetime mechanical issue held back the Serco charge at the championship opener but with both riders working hard and the mechanical gremlins eliminated, the Serco Yamaha team are looking for redemption at round two and get their season back on track. 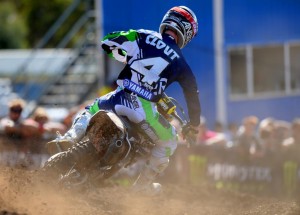 Luke Clout showed speed at Broadford and if it wasn’t for his bike getting jammed in first gear during the opening moto, then his day might have turned out much better. Sydney based Clout has done a lot of laps at the Appin track and admits it is one of his favourite on the tour.

“Appin has always been a track I have liked and I try to race there as often as possible. I like the ruts that form and also the good mix of offer camber turns and jumps. Things didn’t turn out the way I hoped at round one, but the plan is to right the ship this weekend and get back to where I belong.”

Jay Wilson had a huge fall in race one at Broadford that literally took the wind out of his sails. Under duress, he battled through the final two motos but with the two week break since the first round, he has been able to get back to 100% and feels ready going into this weekend.

“I was a bit battered and bruised in the lead up to and also at Broadford, so it was good to get a few days to recover after the race and I feel much better. I have put in some good riding and training and this round will be much better than what we experienced at Broadford,” Wilson said.

GYTR Yamaha – MXD
The GYTR Yamaha took two fresh out of juniors riders and through them to the lions at the opening round of the championship, with both guys showing the fight and tenacity it takes to race at this level. Jed Beaton claimed the win for the day, while Wilson Todd impressed with a seventh place finish and the results have left the boys hungry for more.

“The first round was a bit of an eye opener,” states Wilson Todd. “The formats, the racing, the track, pretty much everything is a lot different to juniors. I even nearly missed a race as I was watching the MX1 guys. But both Jed and I know how it works now and this weekend will be a lot of fun.”

Jed Beaton was in top form at the opening round and charged to the front in the final two races, but he also understands this is a 20 race championship and there are a lot of racing laps to go.

“It was nice to win the opening round but it doesn’t mean much if I can’t continue riding well and being in the championship battle at the end. It was back into training right after Broadford and l’m looking forward to the Appin round.”

The day will also feature the 13-15 years Yamaha 125cc Rookie Cup. It will thrust the up and comers of the sport onto centre stage with Yamaha being represented by Jordan Hill, Cody Dyce and Brenden Walther.

Action gets underway at 8.00am on Sunday at Appin Raceway. To follow the racing, log into www.mysportlive.com.au for the practice and qualifying action as well as the final motos of the day.

Points Standings – After Round One

The mid-range KTM 350SX-F offers a lot to motocross racers, especially anyone looking to move up from a 350 to a 450, the 350SX-F might be just the perfect size. Read the review in Cycle […]

The latest round of MX nationals at Horsham, May 21 was a muddy affair, the track sodden with lead up rain made for one of the hardest and most challenging tracks in recent times. MX1 […]