TRIUMPH’S 2013 Street Triple is a perfect example of a cost effective everyday sportsbike.

I call it a sports bike because it can be ridden ridiculously fast on tight roads, handles well even with its essentially non-adjustable suspension, but it’s comfortable enough to do some high kilometre days without smashing you. 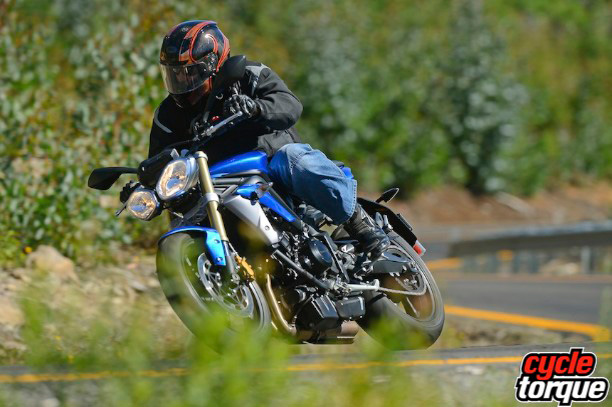 One of the other reasons the Street Triple is so popular with buyers is it’s so easy to ride, whether it be scratching with your mates on the weekend, going away for the weekend, or going head-to-head with traffic on your way to work.

Although the bike is big enough to cater for many different body sizes, it never feels intimidating, and the engine is so easy to live with. It has more than enough power for its intended role and the brakes are well up to the task, even if you are giving the bike a good thrashing.

Mechanicals
The engine in the 2013 Street Triple is the same as the previous model Daytona 675 (see upcoming issue for the report on the new Daytona 675).

Its three cylinder engine is a gem among other gems in the 600 supersport class, but it’s the extra torque the engine delivers over a regular middleweight screamer which makes the Street Triple so easy to like. 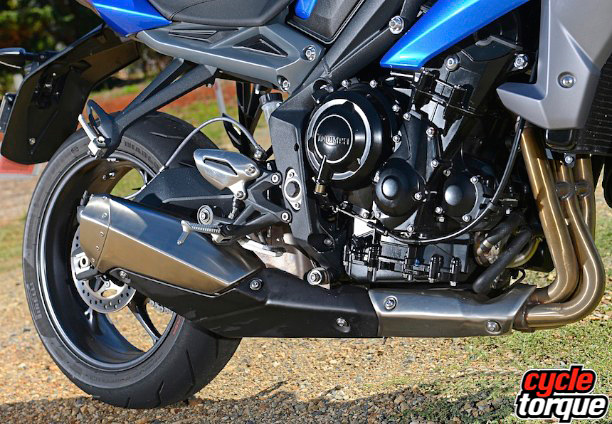 You can lug it in a high gear and the bike will still accelerate away from low speeds without the need to go back two or three gears. There’s 106 ponies on tap and that feels pretty right when you ride the bike.

Besides the obvious styling changes for the 2013 model there are some not so obvious ones as well, like the new rear subframe, and the exhaust has been moved from under the seat to under the bike so to speak, and it looks better for it I think. Plus, it’s helped in lowering the centre of gravity of the bike.

Switchable ABS comes standard, and turning it off is via the dash. When you turn the engine off and back on the ABS will automatically be reactivated. The 17 inch wheels have a new look and are lighter so the unsprung weight is also lower, and the handling is affected because of it, but affected in a good way. 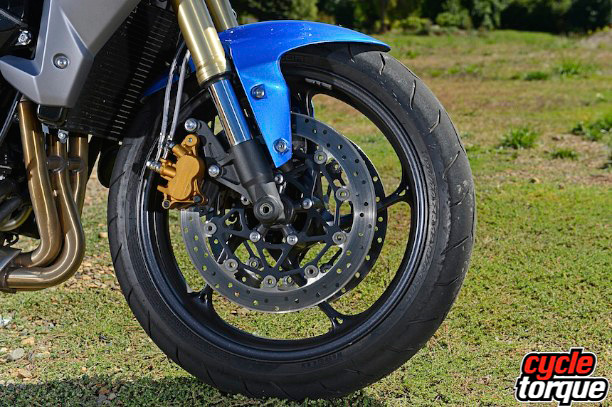 Suspension both ends is supplied by Kayaba, with the 41mm USD forks (110mm travel) offering no adjustment, and the monoshock (115mm travel) pre-load adjustment only. On even average roads the suspension copes very well, so Triumph has done a great job of getting the settings to a level which caters for many different riders and their styles, and only the quickest of riders will find the suspension lacking in real world riding.

Like the suspension, the brakes are a bit lower spec than you might expect but in reality are fine for most riders. Two piston Nissin calipers are up front, and a Brembo single piston caliper at the rear.

While the Street Triple R gets four-piston radial calipers both bikes share the 310mm floating disc rotors. The ‘R’ also gets a radial master cylinder while the base Street Triple makes do with a regular master cylinder. Yes the ‘R’s brakes are better but I was very impressed with the ability of the two-piston Nissins, with good feel and better power than expected. 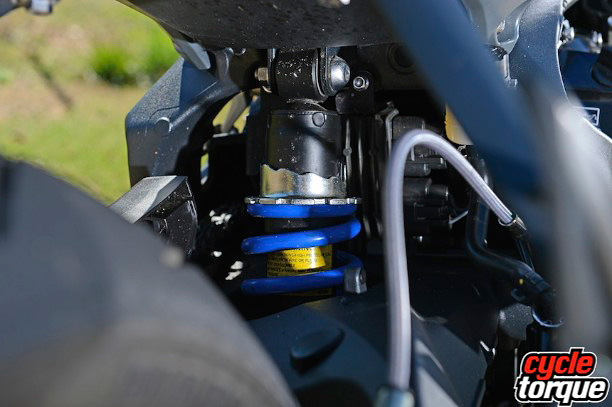 Overall the bike weighs in at 183 kg ready to ride, and it does feel light. The fuel tank holds 17.4 litres, and the seat height is 800mm. What you can take from these figures is the bike will cater for an amazingly different array of riders

Lightweight and small riders will get on fine with the Street Triple, as will larger riders. It’s a bike which seems to make everyone happy.

Riding it
In many ways I would prefer the standard Street Triple to the upspec ‘R’ model, and not because of the price difference. The ‘R’ might have lashings of carbon fibre, better brakes, adjustable suspension, and the ‘name’ but for everyday riding I would prefer the base model.

It’s just easier to ride generally speaking. And that’s not because of the engine, because they are the same spec, but rather the suspension. The ‘R’ is designed to be ridden hard, and on a track day it would be the better bet but on the road the ‘softer’ Street Triple feels nicer to ride. 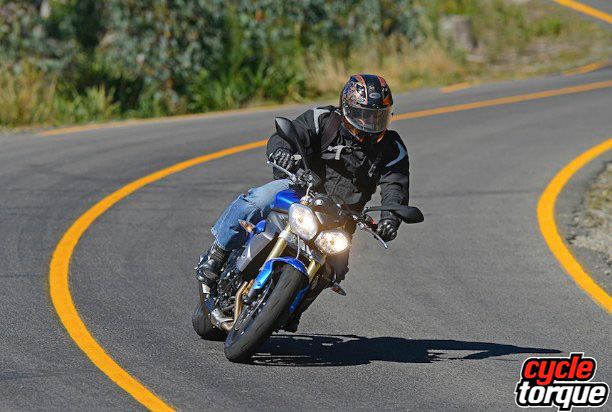 Its engine is simply lovely to use, and it realistically has more than enough to be both exciting and to cope with two-up riding or touring with strap-on soft panniers and a full tank bag. 1000cc and lots of power is also fun but the Street Triple proves it isn’t necessary.
There are some accessories which make the ride a bit nicer too, like the flyscreen which offers that little extra bit of wind buffer.

Riding this bike at speed for long distances is definitely tiring, as is any unfaired machine, but sit on your 100 to 120 km/h and you can do it all day. It’s an oft used cliche but this bike in the right hands will smash much faster bikes on roads where the corners come thick and fast.

Verdict
I had a blast riding this bike, and everyone I’ve ever spoken to who has also ridden it feels the same way. And for what you get they are a bargain too. This machine punches well above its price weight. 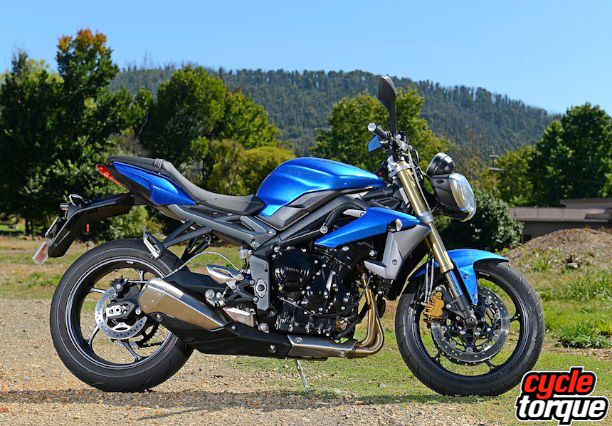 ON PAPER, the Moto Guzzi V7 shouldn’t work. When I say that I mean it in the context of today’s super powerful machines which handle unbelievably well and weigh bugger all. […]

YAMAHA’S MT-09 naked roadster has made an impact in Australia since its release last year. […]