The Suzuki MotoGP team concluded its three-day test at Phillip Island in Australia today after rain and less-than-perfect track conditions hampered much of the progress the riders and technicians hoped to make.

Test rider Randy De Puniet was joined by Voltcom Crescent Suzuki World Superbike rider Eugene Laverty for the first two days; unfortunately suffering a crash early on the first day due to the slippery and damp conditions. However the Irishman was able to complete 37 laps yesterday despite inclement weather that halted much of the testing on every day; and which included a large amount of geese on the circuit obstructing every session. 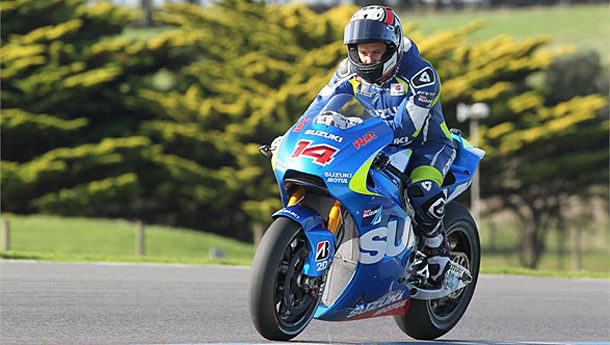 Both Laverty and De Puniet suffered crashes on Turn 1 due to the slippery surface and De Puniet also fell avoiding a goose that had strayed onto the circuit.

With air temperatures around 15° and track temperatures below 20°- as Australia starts its winter season – fully-evaluating the various compound Bridgestone tyres and new Suzuki parts and settings was also a challenge for the team who had hoped to get-in more long runs and collect more data for evaluation.

However the team and riders remained upbeat after using every opportunity, when the weather permitted, to evaluate the machine and various settings, De Puniet still managing to put 36 laps-down on two of the days. 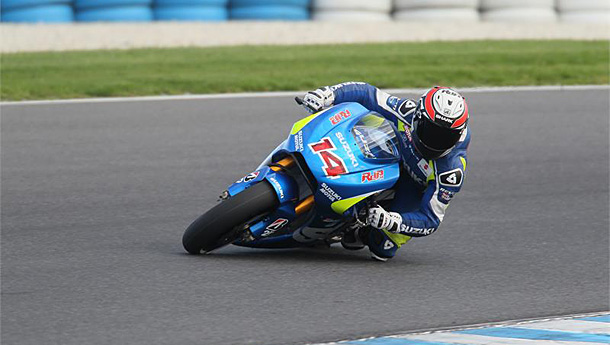 Randy De Puniet: “Overall we were slightly luckier than in Argentina as at least we could test for more than two hours, but we had to wait most of the time for the track to dry out. The track conditions weren’t ideal though because of the low temperatures and also it was the first time for this new Suzuki bike here and we needed to make some adjustments.

“We also tested some Bridgestone tyres for the next GP here and also some suspension balance settings. On the electronics-side I found the new traction control strategies very good and it was a step forward for us.”

Nicky Hayden, 2006 MotoGP World Champion has passed away after colliding with a car whilst training in Italy, May 18. […]