Championship leader Rinaldi was joined on the podium by teammate Mike Jones (Aruba.it Racing – Junior Team) and Roberto Tamburini (PATA Yamaha Official STK 1000 Team), as the race winner opened up a 26-point lead at the head of the standings. 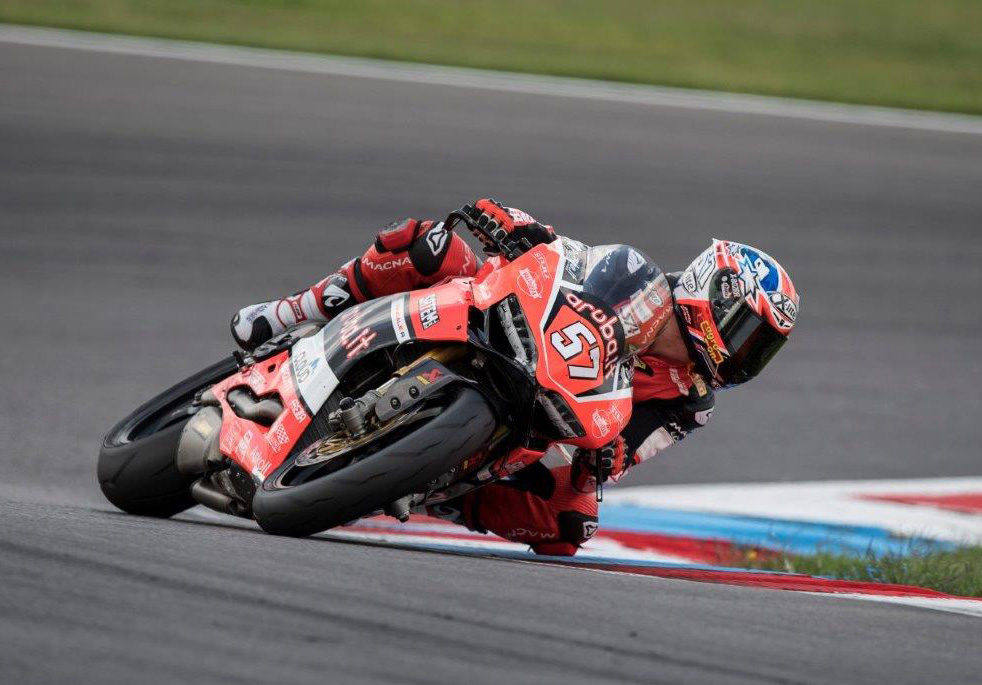 A three-rider battle between Rinaldi, Sandi and Razgatlioglu on the penultimate lap concluded dramatically – as Sandi ran across the gravel after touching Razgatlioglu and then shortly afterwards Razgatlioglu crashed out – to leave Rinaldi clear at the front.

Behind Rinaldi, Jones and Tamburini it was Florian Marino (Pata Yamaha Official STK1000 Team) who finished a close fourth – beaten to the finish line by his teammate Tamburini by just 0.643s.

Having been in the lead and looking comfortable at the front, pole man Sandi appeared to be in a great position for victory but ended up crossing the line fifth after his late off-track excursion. 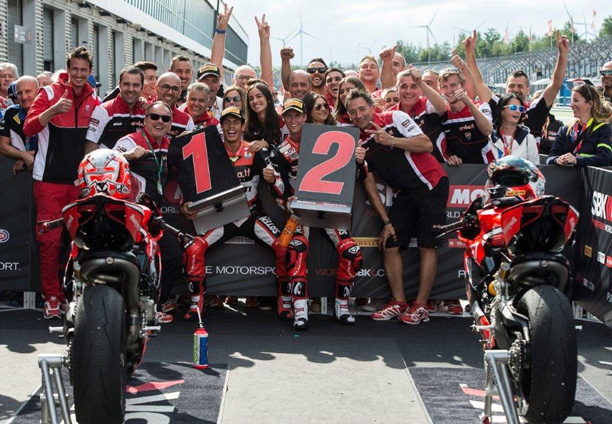 The Superstock 1000 European Championship riders will reconvene for their next race in just under a month’s time over the 15th-17th September weekend – at the Autodromo Internacional do Algarve, Portimão, Portugal.