In turn I received a call from former gun racer Garry Thomas about what I wrote. He agreed with most of the things I said but he had a story to tell, and it’s a good one – junior road racing on go-kart tracks promoted by North Coast Road Racers Club in NSW. It’s been quite a journey. Garry revealed that he, Ken Shephard, Matt Adamson and MNSW Junior Advisory Council Member Tony Hatton had spent several years working to get a road racing class up for 9-11 year-old rookies and 12-15 juniors. They received approval from the NSW Department of Sport & Recreation in 2014, and the first meeting was held at Lismore.

The series is run on 1.5km limited go-kart tracks at Lismore, Grafton and Tamworth, and limited to 85cc two-strokes and 150cc four-strokes. After retiring from racing in 1980, Garry has devoted decades of his time to officiating before turning his hand to race-series development. “I’ve been doing the Australian Grand Prix since the first one, and I’ve done every world Superbike round bar one. Rob Madden got me doing seminars up the north coast for race officials, and now I’ve got the junior series going. We saw the success that Hatto had with the Moriwaki series in the late 90s, which developed so many top racers. We obviously have track licences for the circuits mentioned, but I hope to get go-kart tracks at Port Macquarie, Newcastle, Eastern Creek and Mount Kembla involved too.” 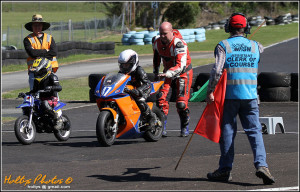 Two talents to have emerged from the series are Tom Edwards, who contested the 2016 Shell Advance Asia Talent Cup, and Keegan Johnson, but according to Garry, “The numbers have been smaller than expected, but we’re hoping to build. Having Tom and Keegan kick off in our series shows that it can be a pathway for riders with elite potential,” Garry said. “We encourage any eligible kid to bring along their motocross or dirt-track bike and have a go on tar. If you have something else, that’s fine too. The kart tracks are the perfect environment to learn how to ride and race on tar – not too fast, but plenty of corners and braking. That’s something the dirt-trackers and MX riders learn pretty quickly; you have to use the front brake on the bitumen! A few people think that go-kart tracks are a bit Mickey Mouse, but an 800m track is a lot longer than you think on these types of bike, and for rookie and junior riders.”

And it’s cheap too. Garry says entry fees are $60 and most riders are eligible for 8-10 races. That’s what I call value. The second bit of news Garry had for me was sad yet positive. It underlines, however, the state of racing in Australia in the country’s largest city. One of the biggest clubs in Sydney, Ryde District MCC, of which Garry was a long-time member along with many other big names of the Golden Era of racing including Warren Willing and Rick Perry, has folded. But it has folded in a good way, merging its remaining assets with the North Coast Road Racers Club.

The closure of Ryde does highlight the current struggle of long-established Sydney clubs to survive, attract members and promote events. St George is the only Sydney club promoting road race meetings when eight clubs hosted these events in the 1980s.

There are more green shoots sprouting in other parts of Australia. The Sports Riders Club in Tasmania is successfully blending track-day and race events at Baskerville, Tasmania. They way of the future? Maybe. South Australia’s most famous club Phoenix has worked hard to promote road racing. It successfully ran the Junior State Championships from 2008-2010 as well as the national sidecar championships from 2009-2012. In 2011, it resurrected the Adelaide Three-Hour but this time at Mallala. It is now a relay race, and boasts a whopping $10,000 prizemoney. It’s no surprise that in 2015 that kind of dosh attracted the likes of Josh and Brodie Waters, Steve Martin, Daniel Falzon, Dave Johnson, Paul Young and Chas Hern. More green shoots please! 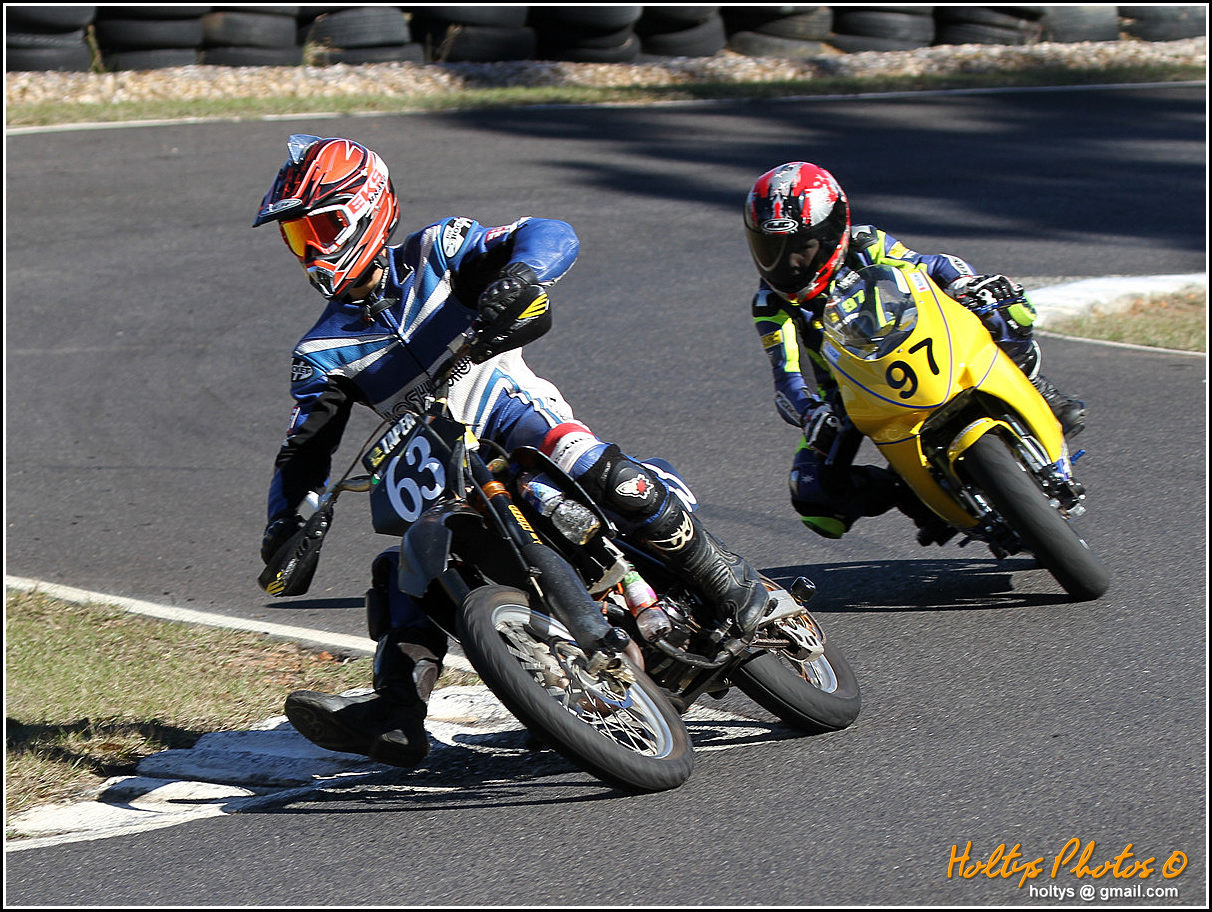 Just how much can one man learn from motorcycles? […]