From the Dakar media unit:

Toby Price gave a show of force and has not waited long to stamp his authority on the 2017 edition. The Australian won the stage with a lead of more than 3 minutes over his team-mate Matthias Walkner and almost four minutes over Paulo Goncalves. Xavier de Soultrait also put in a solid performance with the day’s fourth best time.

In the quad race, Pablo Copetti fought an impressive duel with Nelson Sanabria and triumphed over the Paraguayan at the end of the special. The Argentinean is the new category leader in his native territory. 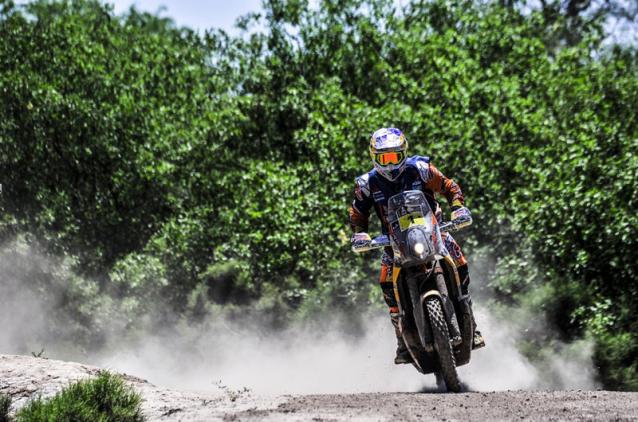 In the car race, Sébastien Loeb let rip with his Peugeot over a route on which the Frenchman was able to focus on speed rather than navigation, pushing Nasser-Al Attiyah, who opened the road today, to more than a minute behind him as well as taking the lead in the general standings from the Qatari. In third and fourth, Carlos Sainz and Giniel de Villiers lie in wait, but Stéphane Peterhansel again lost precious minutes. In the truck category, Martin Van Den Brink put in the best performance with his first stage victory on the Dakar, which also sees him take command of the general standings in front of the day’s runner up, Russian Dmitry Sotnikov driving for Kamaz.

The 2017 Sydney Motorcycle Show presented by Shannons Insurance will celebrate women in motorcycling with a series of informative presentations and features, November 24-26. […]