The Script, if you prefer to read…

The Yamaha R3 Cup racing series is expanding, with five rounds of the series slated for 2018, starting at the World Superbike round at Phillip Island later this month.

The rules for the R3 Cup now align with the Supersport 300, meaning there’s more opportunity to race, too.

You can buy an R3 with a race kit for just $7900 and there’s a total prize pool of $22,000 up for grabs across the series. Last year’s winner, Tommy Edwards, has also scored a World Supersport 300 ride, showing there’s potential to move up in the sport if you’re good enough.

Kawasaki is hosting Super Demo Days at selected dealers around Australia this month, giving you the chance to be one of the first to ride the new Ninja 400. 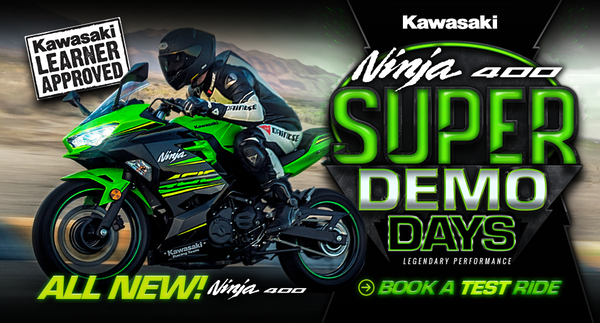 Each registered participant on the day will be able to familiarise themselves with the machine and also receive a limited edition Kawasaki Ninja 400 gift bag to take home.

There will also be finance and and insurance deals available on the day.

Find out when the Super Days are on in your area and register on the Kawasaki website.

The Australian Off Road Championships kick off on March 10 and 11 in Gympie, returning to the track which has been acclaimed by riders who raced there last year. 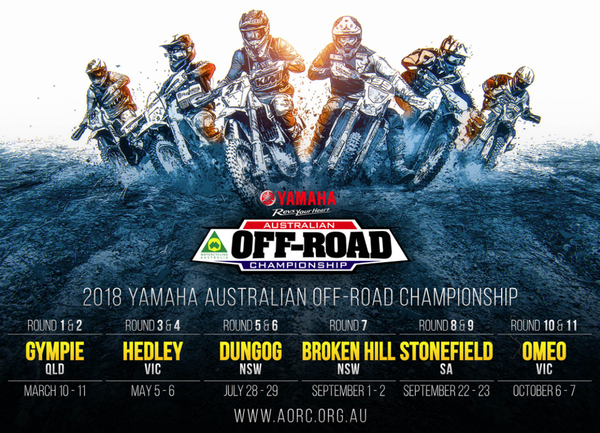 Yamaha is the major sponsor for the series and has signed former motocross and supercross champion Luke Styke, who has said he was looking for a change but didn’t want to give up racing, so is throwing his hat in the ring at enduro. He joins Josh Green, Wil Ruprecht and Beau Ralston in the Active8 Yamalube Yamaha team.

The 2017 winner, Daniel Milner, is moving to the E3 class to try to complete the triple crown of E1, E2 and E3, while his team-mate and 2017 E3 winner, Lyndon Snodgrass, moves to E2. They are both staying with KTM in 2018 as the Orange brand tries to maintain its dominance of the series.

This is a great video of the action from last year’s championship.

THE formula for the perfect family fun bike – which I define as a machine suitable for as many members of the family as possible – is that it must be fun to ride, easy […]

Ryuichi Kiyonari (Buildbase BMW) proved that he is back and means business in the MCE British Superbike Championship at Knockhill, narrowly missing out on the double win when Shane Byrne took advantage of a mistake from the triple title-winner to score the victory in the second race by 0.176s. […]