The HSE Motorex KTM Off-Road Team of Ben Grabham and Matt Fish will be there when the brand new WA Desert Tri-Series kicks off this weekend at Doorawarra, near Carnarvon in Western Australia’s upper Gascoyne Region.

The exciting three-round series will take place over the next two months and sees two established events in the Pilbara Region and a new event to open the series at Doorawarra Station.

The format for each round will see three days of desert racing action with a 10-kilometre Prologue on the Friday followed by a 500km event stretched over two days.

Looking to continue an amazing comeback year which began with a rookie finish in the world’s biggest off-road event, the Dakar Rally, off-road racing hero and former Gascoyne Dash winner Ben Grabham looks forward to returning to the Gascoyne Region.

His team-mate and fellow Dakar competitor Matt Fish is also excited to be there for the start of the bold new desert racing series, which he predicts will only gain momentum.

The second and third rounds of the series will take place at Indee Station, Port Hedland on July 12-14 and Kumarina Station, Newman WA on August 9-11.

“I’ve raced in this area before when I won the Gascoyne Dash in 2011 and I’m looking forward to getting back out there,” Ben Grabham said.

“I’m expecting a high speed race but it’s a little unknown – definitely high speeds compared to what I’m used to back home in NSW.

“I’m riding the 500EXC which is great. I won the Forest Rally and a few other bits and pieces on one last year before my accident and I’ll be riding this one for Hattah and the A4DE. Out of the crate the EXC is just a bike that is very capable in all terrain and for any application – mine’s got a steering damper and an Akrapovic muffler and that’s about it, I’m ready to race. That’s why I enjoy riding it so much. That and the fact it’s got a lot of power!

“Fish man cleaned me up at Finke but hopefully it’ll be me and him battling out front this weekend. It’s always the same story in the desert though, ‘til race day you don’t know who’s doing what.”

“I spent yesterday testing and getting the bikes ready and I’m super excited for the weekend,” Matt Fish said.

“It’s a fairly exciting series that’s definitely going to grow in terms of the number events and the recognition it will get. The promoters are really pushing hard and there’s TV, it’s definitely the series to do in Oz.

“I’ve made some progress with the bike and I’m confident that Ben and I will go well. Finke probably motivated me with training but come race day it will be a new race on a great bike, just need to get the results now.

“The 450SXF is great for the terrain which should have huge variety compared to Finke with lots of vast and wide open ground but also some tight stuff and creeks so our setup will be slightly different to deal with that. I’ll be travelling up with Ben and even though we’re in different classes we both want to win. Still, if we put KTM 1, 2 it won’t matter who’s on top, that will be perfect in everyone’s eyes.” 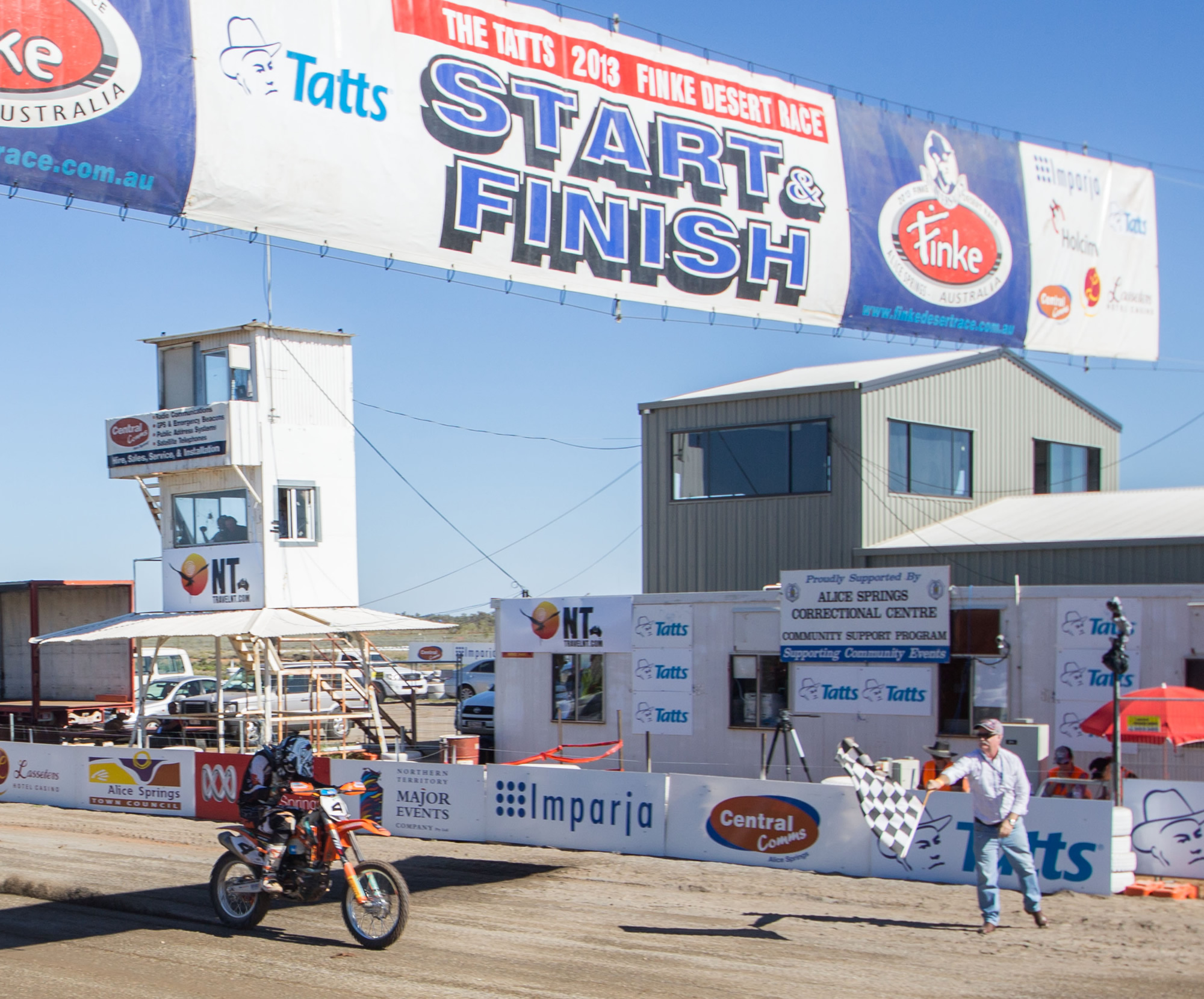 This 46-minute feature produced by Adam Riemann for KTM Australia is a real treat for any adventure rider. […]