It goes without saying, but I’ll say it – the Learner Approved Motorcycle Scheme has created one of the most competitive markets Australia’s ever seen. Each has its own option to consider and now there are even a few start-ups that only produce bikes for the under 660cc engine capacity to throw in the mix. The latest tested in this category is the Kawasaki Vulcan S cruiser. Kawasaki has one of the biggest learner ranges around, which is a testament to the brand realising learner riders come in all ages, shapes and sizes and not every one of those people want the same thing. 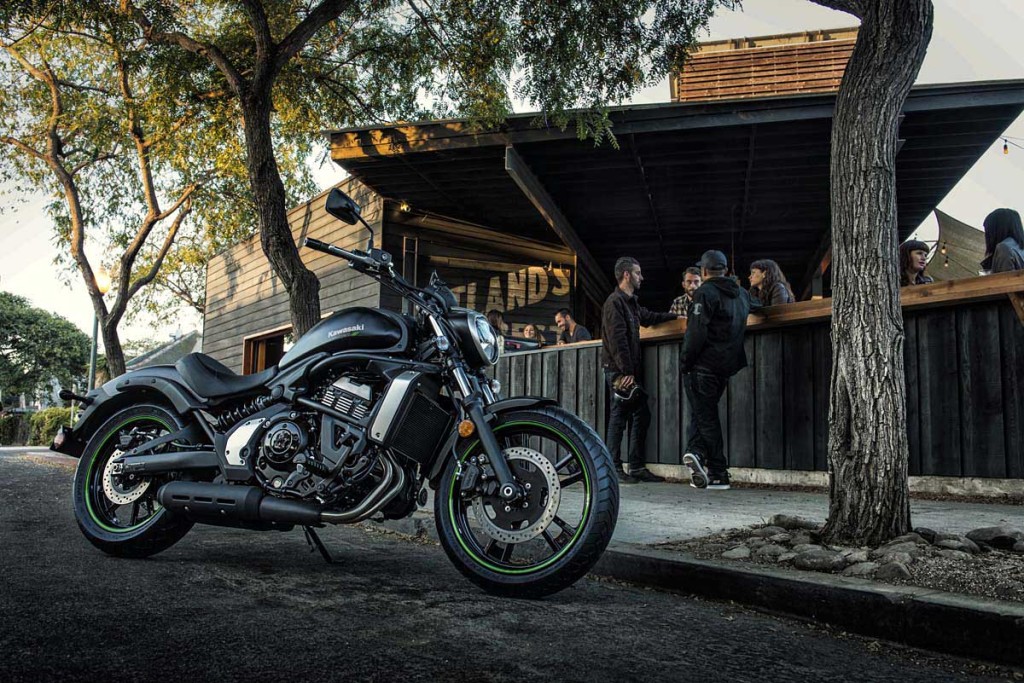 The Vulcan S is at the more powerful end of the learner market with a 650cc liquid-cooled parallel-twin engine capacity. This is in fact the same engine Kawasaki uses in both the Ninja and Versys 650L models, in a chassis that’s similar to the others but with a few subtle differences to suit the cruiser styling.

What this means on the road is that you will have the same power delivery at the end of your wrist – smaller capacity learner bikes with cruiser styling tend to be mostly single cylinder air-cooled machines. A parallel-twin with liquid cooling on the Vulcan S makes for a higher rev limit because two pistons are sharing half of the workload. Before you know it, this learner bike with cruiser styling gets up to speed surprisingly fast. 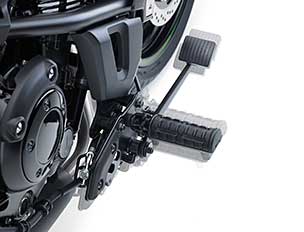 Being 6’4”, lanky at best and not having much cruiser experience, the Vulcan S was the perfect opportunity to throw my leg over a cruiser to get the hang of things without the horsepower, weight and price tag attached to one of the bigger machines interfering with my progress. Quite simply, the riding position is confidence inspiring on a style of bike that isn’t known for its handling ability. The bike is adjustable in a few areas to cater for different body shapes and sizes – forward-mounted footpegs and handlebars can be repositioned to suit you best and there are also two seat options. The hardest part for me was getting used to the forward mounted footpegs which takes a ride or two to break the old habit of the tucked in foot position of a sportsbike. Funnily enough, that was the same issue I had to get over when I first jumped on the Monster long-termer.

Around town, the Vulcan S handles well. The bike weighs in at 226kg with a full tank of fuel. The light weight and low centre of gravity makes for very stable and controlled slow speed manoeuvres and tight U-turns. The procedure is the same – slightly ride the clutch and add a dab of the back brake. This isn’t really where you will enjoy the Vulcan S though, turning in and blasting out of the twisty sections is where you will have the most fun. You might even leave some of your other learner mates on sportsbikes behind. When we shot the onboard video for the bike, I punted it out of a roundabout to get up to speed on a local link road. It was pretty cool to see the enjoyment I got out of it looking at the video so we put it in the TV segment that aired throughout Spring and it’s embedded in our digital magazine available for the iOS.

The bike stops well through a single disc at each end and although with a lot of cruisers, the brakes could be better on the specs sheet, once again thanks to the light weight of the Vulcan S, the brakes are well suited to their application. ABS is great for any bike in the Learner Approved scheme, especially so for the back brake on a cruiser. You tend to use the rear a bit more on cruiser styled machines because the weight of the bike is biassed towards the rear. The front brakes also do a good job, they do need to be ‘set up’ at the start of braking to compensate for the weight bias then squeezed to put downforce on the front of the bike to pull it up otherwise you might find that ABS engages at the front end a bit earlier than you expect it to.

The Vulcan S has a modest 14-litre fuel tank but it is a pretty frugal sipper. Throughout the test, average fuel consumption hasn’t dipped below 20 km/L which should give you a range of over 250 km. The instruments are simple but comprehensive and also show fuel range, two trip meters and obviously the odometer.

If you want to test out that fuel range on the Vulcan S, you can. Kawasaki have a wide range of accessories that will get you out on the open road which includes leather saddlebags, a 12V auxiliary socket, windshield, backrest and heaps of others. Kawasaki are bundling some of their genuine accessories into two tourer kits – light and mid. You can find more information at your local Kawasaki dealer or online. 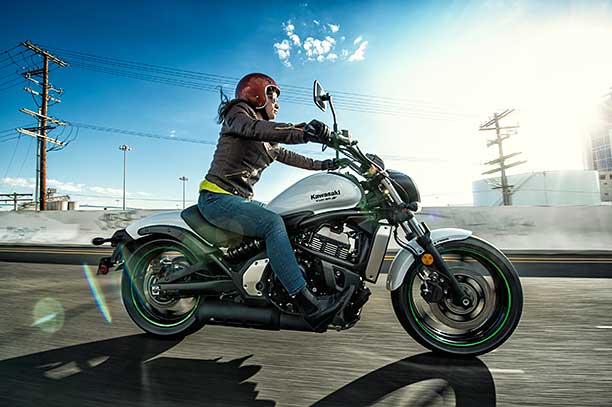 The front forks are basic unadjustable and the rear is a side mounted single shock which is adjustable for pre-load only. The rear shock actually soaked up the bumps and irregularities of city roads better than similar machines I’d ridden after testing the Vulcan S. If you are a bit heavier, you will find setting the preload a bit higher will improve your comfort if you can feel the bumps are starting to get the best of you and your hind quarters.

Well worth a look

The performance you get from the Kawasaki Vulcan S really spices up the learner approved category for cruisers and makes it a genuine contender for your hard earned if the style of these machines take your fancy. It makes perfect sense that Kawasaki would again hit the nail on the head with the Vulcan S basing it on the same platform as their reputable Versys and Ninja 650L models. Right now, you can pick up the Vulcan S from your local Kawasaki dealer in two colours Pearl Candy White and Metallic Royal Purple for $10 999 ride away.

Triumph’s new Thunderbird LT goes from Light Tourer to Bagger to cruiser in a few minutes. If you’re looking for a powerful, fun cruiser with some genuine touring credentials, this new T-Bird might be just […]