As my kids transition from high school to whatever lies ahead of them, I ponder what has led me to write this column almost 40 years after I left school… 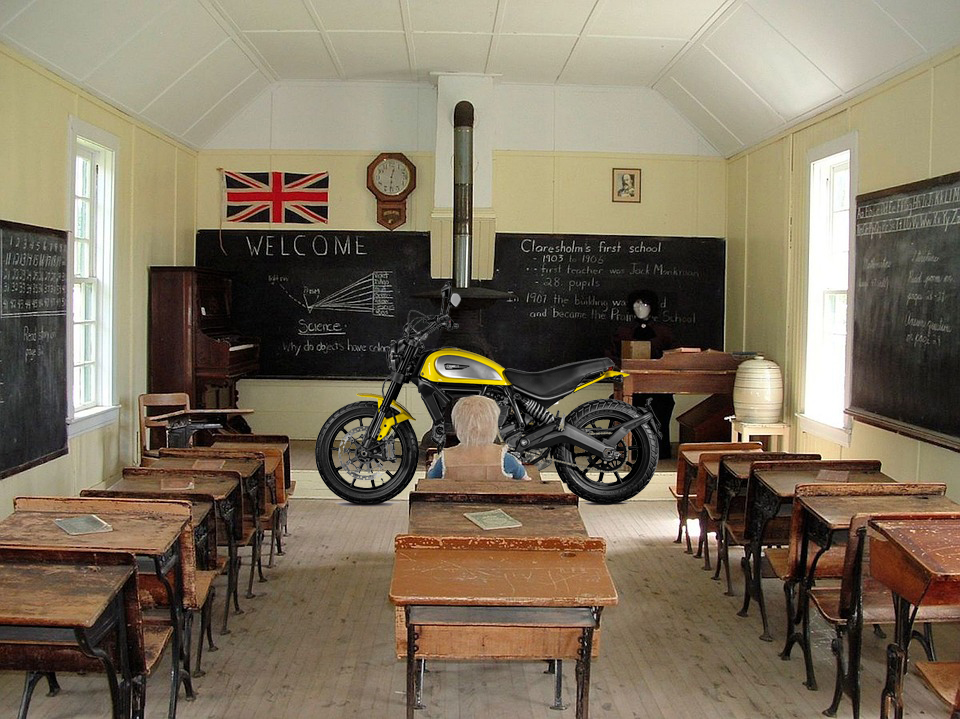 When I reflect on my education, there were two strands. The first was formal education from K-12, followed by university. I learned quite a bit but have retained less – sad but not uncommon. The second strand is self-education, where passion intersects with an insatiable interest in things we connect with at a very deep level. I have learned so much about motorcycling, and I’m still learning.

Prior to high school, I was besotted by car racing and rugby league. I began reading my dad’s car magazines, and the daily newspapers to get a handle on the latest league happenings. My best mate’s dad had been a country DJ, who also read the news. When I told him of my desire to become a journalist he suggested that I re-write the rugby league match reports in the newspapers to get a feel of the craft. When minibikes burst onto the scene in the early 1970s, that was it. Motorbikes became my thing, and have been ever since. I devoured bike mags by the dozen, fuelling my passion to become a journalist. The mags opened my eyes to many things other than good writing.

In addition to the free-wheeling vibe of ’70s journalism, bike mags sparked my interest in sports photography. I slowly built a small system of lenses, filters, film speeds, and a homemade mono-pod around my dad’s Pentax SV. I also liked the bike ads that appeared in the magazines. I marvelled at the clever headlines and creative copy that cut through the mire of propaganda filling each issue.

Reading ’70s road tests and tech stories gave me an insight into how to explain complex technologies in everyday language. It was also a free lesson into the design and of two-stroke and four-stroke engines, long-travel suspension, chassis geometry, tyre development, lubricants, and brake design.

Not only did the road testers discuss the strengths and weaknesses of each bike, they would outline the rationale for new models; where they were positioned in the market, who they were targeted at, and if they hit the right balance between technology, styling, reliability, comfort, performance and price. This was a free lesson in marketing. As the Japanese manufacturers began to dissect the market into more and more segments  –  mini-cycles, motocross, trials, enduro and touring machines  – magazines would judge whether each model fulfilled their market briefs. In addition to schooling me in product development, the road tests underlined critical thinking, objectivity, and considered opinion to provide the reader with the best overall picture of whether a bike was for them or not.

Riding a bike was and is the ultimate lesson into the laws of physics. We learned these dry old theories in a science lab, but getting a bike in and out of corners is a real-time lecture into velocity, acceleration, mass, momentum, deflection, gravity, friction, centrifugal force and how the human brain must balance these variables to keep a bike upright and flowing. I don’t care how good a teacher is, nothing can better demonstrate the laws of physics better than riding a motorcycle.

Whenever I went out to a race meeting, it became a tutorial in promotion, organisation, scheduling and sponsorship. We’ve all been to meetings where all four elements have worked, and others where they missed the mark. And reading about how Kel Carruthers transformed up-and-coming dirt-tracker Kenny Roberts into one of the most successful road racers in history, I understood the power of mentoring.

Over the years, I have absorbed all of this stuff much better than I did at school.

The incredible university of motorcycling has provided me with the most wonderful of educations. I’m sure I’m one of millions who have graduated with a Bachelor of MC with a smile on their face. I’ve been in the workforce for 35 years, and I worked in product development, marketing, publishing, photo-journalism, public relations, copy writing, event management and coaching. I couldn’t have done it without my love of bikes. It’s been the coolest school. If you haven’t yet enrolled, it’s never too late.