Ducati Australia and New Zealand has announced the Monster 659 will make a comeback.

The 659 will be produced exclusively for Australia and New Zealand and is based upon the new Monster 797.

It’s expected to arrive and be on sale from October 2017 with an introductory price of $12,490 plus on-roads. 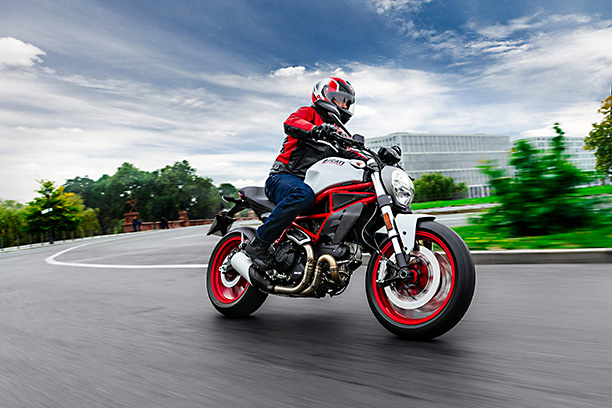 Ducati Australia and New Zealand CEO, Warren Lee, said the 797 is “proving to be a very popular model with younger, female and less experienced riders.”

“It’s the ideal basis for our new LAMS model,” he said.

The 659 was ‘discontinued’ a couple of years ago, leaving Ducati with the Scrambler Sixty2 as its only learner-approved machine.

FCAI figures show it was certainly a very popular model the first time ‘round, roughly over 1000 bikes were sold in its last three years.

However Ducati’s sales figures from the first half of this year were down 17 per cent compared to the previous year.

It appears the 659 could be vital to the Australian market for Ducati, neither the Monster 797 or 821 seem to be resonating with buyers like the 659 did.

Ducati says the Scrambler range made up just under 30 per cent of its worldwide sales in 2016, a trend which isn’t yet being seen in Australia.

The 2018 version has a low standard seat height of 785mm, ABS is standard.

As with all new Ducati motorcycles, the Monster 659 will be covered by a two-year unlimited kilometre warranty and 24-hour roadside and emergency assist.

Cycle Torque tested the Monster 659 in 2014 as part of its first TV series, watch the video below:

Tom Sykes (Kawasaki Racing Team) has taken out the Tissot-Superpole ahead of tomorrow’s two WSBK races at the Laguna Seca circuit in California. […]