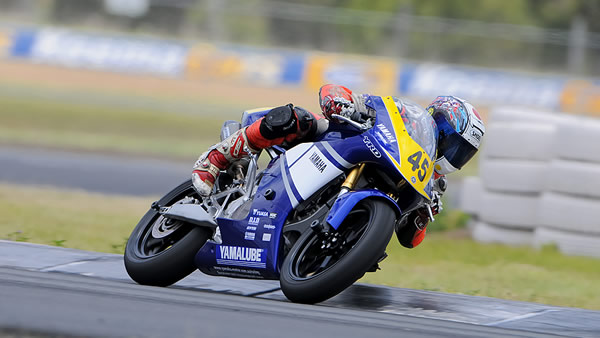 I may be a knucklehead motocrosser but I have always enjoyed watching good close road racing and Australia has a long history of putting together similarly spec’s motorcycles for a race series that offers great racing at an affordable price.
For the older heads out there you will remember a full field of lunatic smashing into each other on production Yamaha RZ250s then a few years later the same was done on the Suzuki RGV250s in the 250cc production class.

And that racing was the breeding ground for the likes of Mick Doohan, Troy Bayliss, Matt Mladin, Robbie Baird, Warwick Nowland and just about every fast dude that is around 40 years old now. Since the hey-day of the 250cc proddy racing there has been a lull in that type of action for all sorts of reasons but now it looks like we could have some fairing bashing racing back at a national level.

Enter the Yamaha YZ450GP. Young Josh McGrath and I got the invite out to Queensland Raceway to have a crack at the YZ450GP and after several good sessions on the bike we both came away really impressed with the package on offer.
For me, my first few laps on the YZ450GP had me scratching my head a little as the motor felt a lot slower than a conventional 450cc motocross bike but I soon realised that on a track like Queensland Raceway I was in the higher gears and higher revs most of the time, not blasting from corner to corner in the lower gears like you do in motocross. 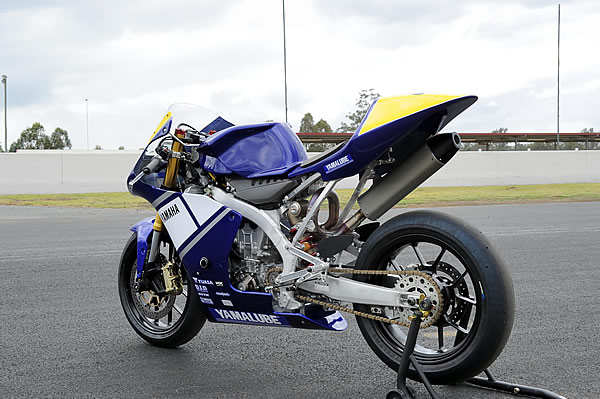 Once I got the feel of the tyres and starting carrying a little more corner speed the YZ450GP felt very stable through the long sweeping corners with the Marzocchi forks soaking up the bumps going into and out of turn one. Given that the bike is so light, and the speed you carry at the end of the straight is not earth shattering, the Brembo brakes work a treat so I guess as long as it goes, handles and has great brakes you really can’t complain much.

For me, after five or six laps I was looking for something else to do and it popped into my head that if there were 20 more of these on the track at the same time I wouldn’t be thinking that way so I look forward to the day we get to see a heap of these things on the track at the same time. Josh jumped onto the YZ450GP and instantly found a liking for carrying high corner speeds and diving on the brakes at the absolute last second. In fact, Josh’s lean angle mid corner made it look like the YZ was dead set lying on the ground but at no stage did it scrape so Yamaha has done a great job ground clearance wise. 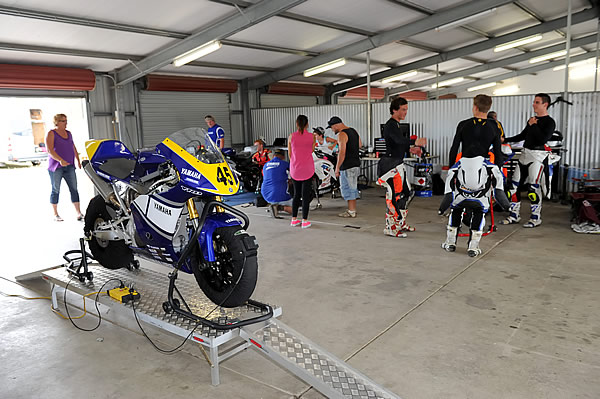 Funnily enough, Josh had the same thoughts as I did after a handful of laps. “For a hybrid racer is definitely feels like it could be raced to it’s absolute limit but if you are stuck out there for ages all by yourself you would die of boredom. If you get a heap of these on the track at the same time though it is going to rip,” said the 16-year-old enthusiastically. “I have raced 125cc GP bikes and when you get 20 plus riders that are close to the same speed it is a lot of fun and I honestly think that this bike could create that kind of racing.”
Josh and I agreed that the vibration is an issue but overall we gave the YZ450GP a big thumbs up.

Apparently YRD is offering for sale a limited quantity of ready to ride 2013 YZ450GPs fitted with the road race kit with all the MX componentry removed from the new YZ450F 2013 bike included.
Interestingly, retrofitting the MX gear is possible at any time because the GP kit does not require any permanent modifications to install. For $16,625.00 you get a 2013 Yamaha YZ450F fitted with this kit:

The opening round of the 2014 AirRoad Australian Superbike Championship provided some thrilling motorcycle racing action at Queensland Raceway today. […]