The Harley-Davidson Museum in Milwaukee, Wisconsin has acquired one of the few surviving Fat Boy motorcycles used in the filming of Terminator 2: Judgement Day.

Terminator 2 is an iconic film and a celebrated piece of pop culture history, with a major thanks to HD’s appearance amongst other factors like Arnie’s classic one-liners, “I’l be back.” “Get down!” and “Get to the chopper!”.

Museum spokesperson Jim Fricke said, “This motorcycle arguably played one of the most significant film roles in Harley-Davidson’s history, and we’re thrilled it has found its permanent home here at the Museum, where it will be preserved for future generations.”

The museum has sent us a few photos of the old girl, which still has scuff marks from production wear and tear. 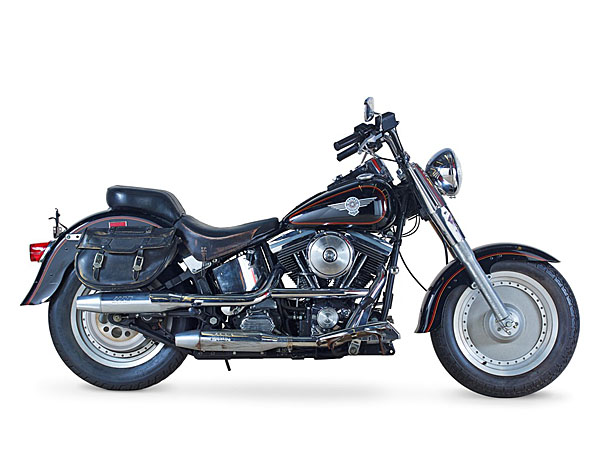 Such a shame it’s so far away!

Harley-Davidson’s CVO Pro Street Breakout has the best motor ever fitted to a Harley and a fit and finish that is out of this world. But, how special is it? […]

Hope you enjoy the first episode of our new series. Remember, supporters can watch the show as soon as it’s ready, days before it goes onto TV.

Thousands of motorcycles riders will join Girls Ride Out Inc and sponsor Harley-Davidson in pink on Sunday, October 13.
[…]