RACE fans may have noticed the helmet brand Airoh being used by a number of high-profile world championship riders across many classes, including Andrea Dovisioso in MotoGP, Antonio Cairoli in MXGP and Antoine Meo in Enduro, but you you won’t have seen the helmet seen Australian bike shops. Until now, anyway.

It’s taken many years, but Moto National has now secured the rights to distribute Airoh in Australia, and will be rolling out a huge range of the high-profile Italian brand’s models starting now.

It’s great to see another quality product make it to Australia, and Cycle Torque had a good look at the new lids during the dealer launch of the brand recently in Sydney.

There’s a wide range of helmets, from inexpensive full and open-face models through to super-light carbon and Kevlar composite models aimed at racers and those who demand the most comfortable, highest-performing helmet they can buy.

Airoh, which is actually pronounced ‘I row’, has only been selling helmets under its own name for about 20 years, prior to that the company would make helmets for other manufacturers, so while Airoh mightn’t seem to have the history of some of the better-known brands, it does have a lot of experience building helmets. 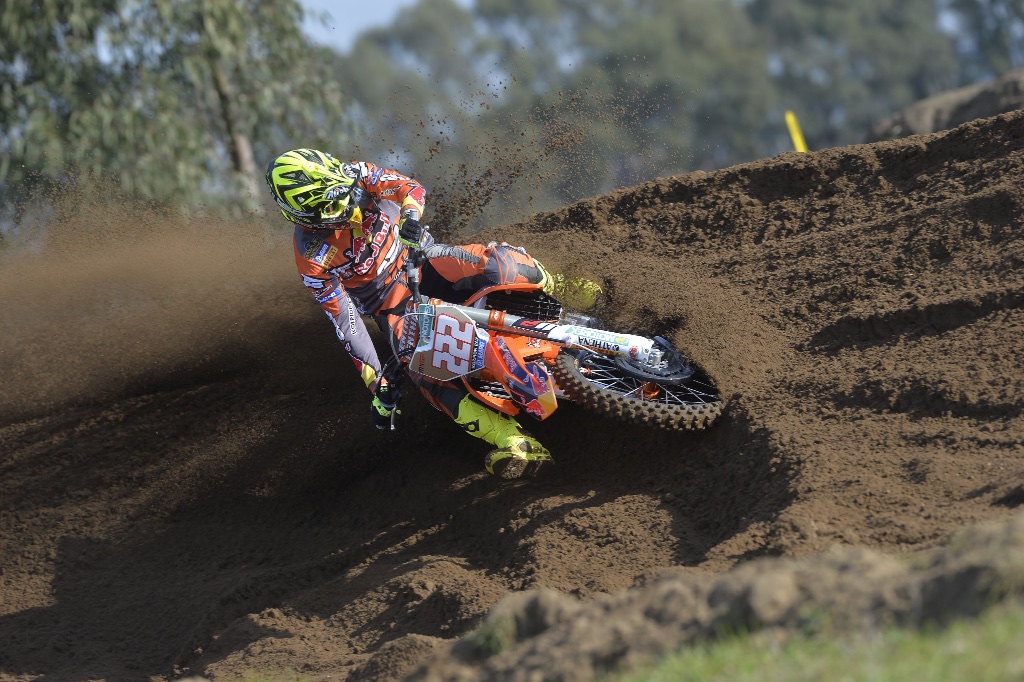 Based in Northern Italy, Airoh is bursting at the seams of its current design centre and production plant and has plans drawn up for a new headquarters, such has been the company’s growth, despite tough times in the European economy. Airoh earns 70 per cent of its revenues from export sales, so it shows just how much the company is growing outside of Italy. The bulk of its helmets are made in Italy, although the base models are made in an Airoh factory in China. 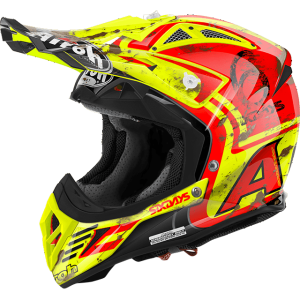 Moto National, in conjunction with its dealership network, is evaluating around 25 different models of Airoh helmets, so the variety of models and colours will grow over the coming months as more styles and colours are imported – they all pass the European safety requirements so can be worn legally across Australia.

Airoh have helmets designed for everyone. There is the ‘Baby’, a very small helmet in sizes XXS to Small, because in Italy it’s not uncommon to see baby carriers on the back of scooters. There are other kids’ helmets in open-face, full-face and motocross styles.

There are classic open-face designs, modern jet-fighter styles and some cool-looking modular models which convert from full-face to open-face. Then there’s the flip-top and full-face helmets, with different models aimed at street and track usage – many have integrated tint visors.

In the off-road styles there’s the top-of-the-range Aviator 2.2, which is incredibly light, strong and beautifully made. I liked the Six Days 2017 graphics, it would sure make me look fast. 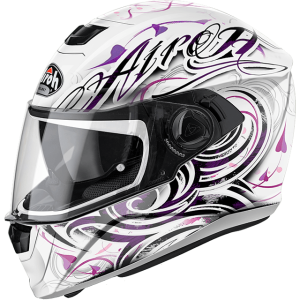 Airoh isn’t all about just catering to the top-end of the market though – the bulk of its helmets are in the mid-range pricing bracket, with Airoh claiming to offer the features of top-line helmets at a better price. There are many helmets in the Airoh range from $300-$750, with economy lids coming in under that, and the trickest a bit more.

Keep an eye out for Airoh helmets, and Watch This Space for up-coming reviews – good looking lids at reasonable prices with the support of Moto National, one of Australia’s best accessory importers, is likely to see Airoh become of of Australia’s most popular helmet brands.

Kabuto has released it’s new top-of-the line helmet, the Aeroblade 5. With a new design, multiple shell sizes, cool graphics and colour options and a list of features as long as your arm, it’s amazing […]