COMPETING in an event on the other side of the world is a major undertaking, and one which I have been busy planning for over 12 months now. Logistically you wouldn’t say it’s a nightmare but it is time consuming, and expensive. 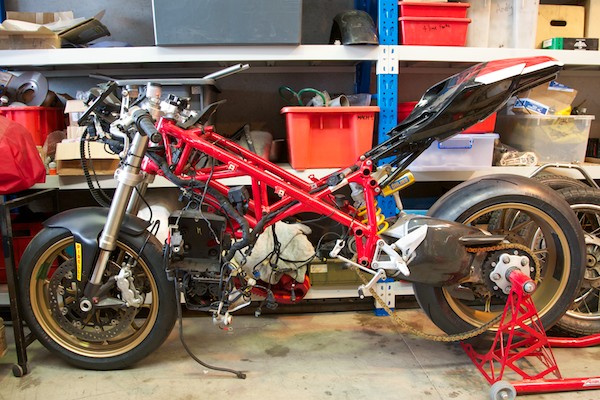 Even though the race meeting is in August, the bikes need to be shipped in late May or early June, and then there’s that niggling doubt that things will go smoothly on the transportation front.
We are expecting the bikes to turn up a week before we start practice on August 17.
We have been told that there is a bit of leeway regarding the shipping but we don’t want to be sitting there twiddling our thumbs with no bikes. Of course anything can happen and you have to be prepared for that, but when you are relying on someone else to get stuff done on time you can be let down. If you let yourself down then you have no-one else to blame, but when someone else is at the controls, well…

On the motorcycle front both bikes are at DMoto in Sydney where Shaun and George are busy preparing the bikes. Alex’s Ducati 848 was already a sorted race machine but it was seen as a prudent decision to strip its low mileage engine (8,000 kilometres, barely 500 of that during racing) and check the condition.
There are also some minor tweaks which apparently improve its durability under race conditions, and when you spend so much time at full throttle on the Isle of Man then the engine has to be as right as it can be. Having a catastrophic engine failure on the IOM circuit can have terrible consequences. We will gear the bike up to give the engine an easier time as well.
The crank is being checked and balanced as we went to press, and the big ends replaced as they had some wear. The heads will be serviced and the whole lot put back together.

The 848’s suspension is pretty well sorted too, with an Ohlins shock on the rear and standard forks on the front. I think at this stage we will leave them as they are because Alex is happy with the way the bike handles.
Why change it for change sake?
We do have some Bitubo shim stacks we can use but at this stage we might take them with us to the IOM and put them in if the bike isn’t handling right.
From there we plan to ride the bike at Eastern Creek on May 10 and if everything is sweet it’s basically into the crate. When I saw the 851 the other day I’m not so sure it will be ready for our May 10 test day, although DMoto’s Shaun Sutcliffe assures me it will. 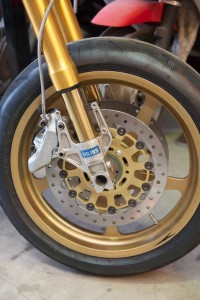 We still don’t have full race bodywork for it as yet, nor an airbox which is specific to the 851 and 888 models. Time is marching on and I’m worried we might be relying on even more parts suppliers to get the job done on time.
The engine is basically done, with only minor tweaks like bleeding brakes, putting the exhaust on etc. I guess if the bike is not ready on time I may need to procure another machine, either in the UK and bring it back in our container, or over here.

That’s something I don’t want to do but I’m not going all that way and not riding I can tell you. We are also moving forward on our plan to make a documentary of the trip. Please check out the ad on the next page which tells you all about the documentary, and how you can become a part of it if you so wish.

News from the Isle of Man

Cycle Torque is at he Isle of Man for the Festival of Motorcycling, and we hope to post updates regularly. Here’s some photos from yesterday, more coming soon.

On the cover this November is Alex Pickett riding in the Manx TT – read about Cycle Torque’s exploits racing on the Isle of Man. […]