Yamaha wants to have you as a customer for life.

It’s something of a theme for the company in recent years, which is a way of saying you should start with a Pee Wee and keep updating through fun bikes to full-size machines, both off-road and road bikes.

But the company is diversifying into power-assist (electric) bicycles, three- and four-wheel machines which lean into corners and there’s some concept prototype cars, too.

The other concept shown off was the Motobot, a robot which can ride an R1M. The idea isn’t to replace racers with robots, but to build robots which can replace a human operator of lots of machinery.

Yamaha has unveiled some new MTs, an updated Tracer 900 and a Super Tenere at the EICMA presentation this year.

But the big news was the three-wheeled Niken, which will be a 2018 model, and the Tenere 700 World Raid – a prototype best explained as a hybrid MT-07/WR450F, built to take on horizon after horizon.

Let’s get into it.

A higher-spec MT-09 should be a awesome thing, because the stock MT-09 is a great bike at an incredible price. An SP version should be awesome fun and a great road sports bike, because it has Öhlins rear suspension.

“Extreme Emotion”. Yeah, yeah, it’s a motorcycle guys and I’m looking forward to riding one, but it’s not moving me to paroxysms of desire. 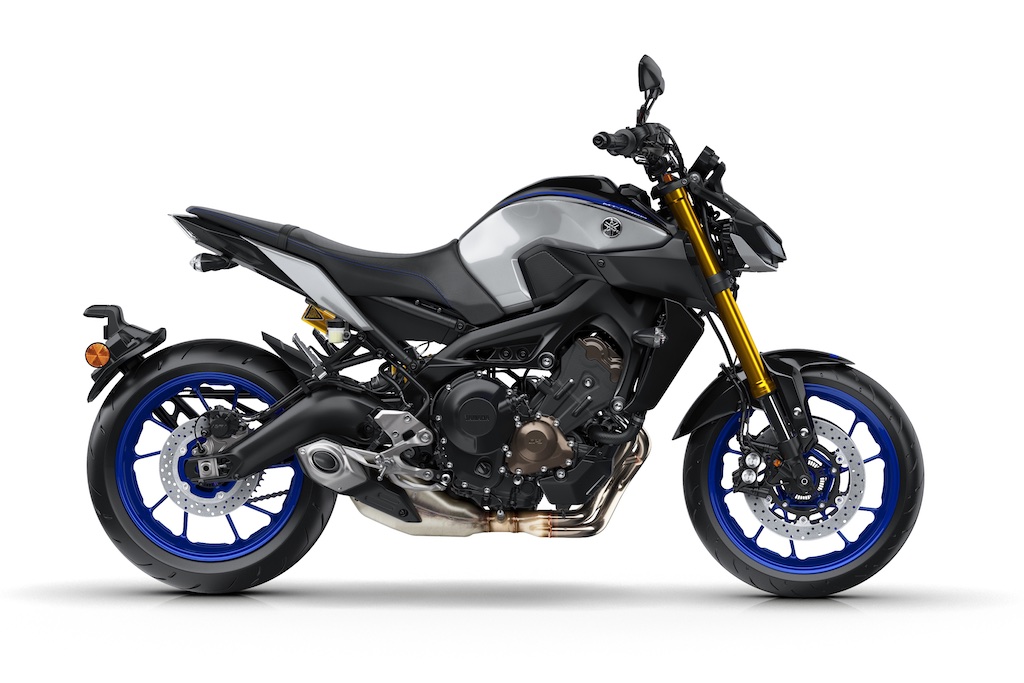 There’s a new MT-07. New styling, stiffer forks and tweaks to the riding position. Already a great bike, the changes should make it that bit better, while the MT ‘family’ is looks more and more similar.

Next is the Tracer 900. Very successful in Europe, an update and redesign should again make it better, and there’s a GT version introduced as well.

The Tenere 700 World Raid was introduced, but it’s a prototype… so that will make it a 2019 model. Unfortunately. Looks great. Why is it taking so long, Yamaha? Described on stage as a bigger WR450F, I’m thinking it’s more like a smaller Super Tenere. But maybe that’s because I want one. Now.

We will be able to see the new machine as the World Raid tour travels around the globe in 2018, including Australia.

Yamaha Super Tenere Raid Edition – Fill Up with Adventure. OMG, we love Yamaha motorcycles around here, much more than we like the company’s slogans. Fill up with Adventure… Who writes that? 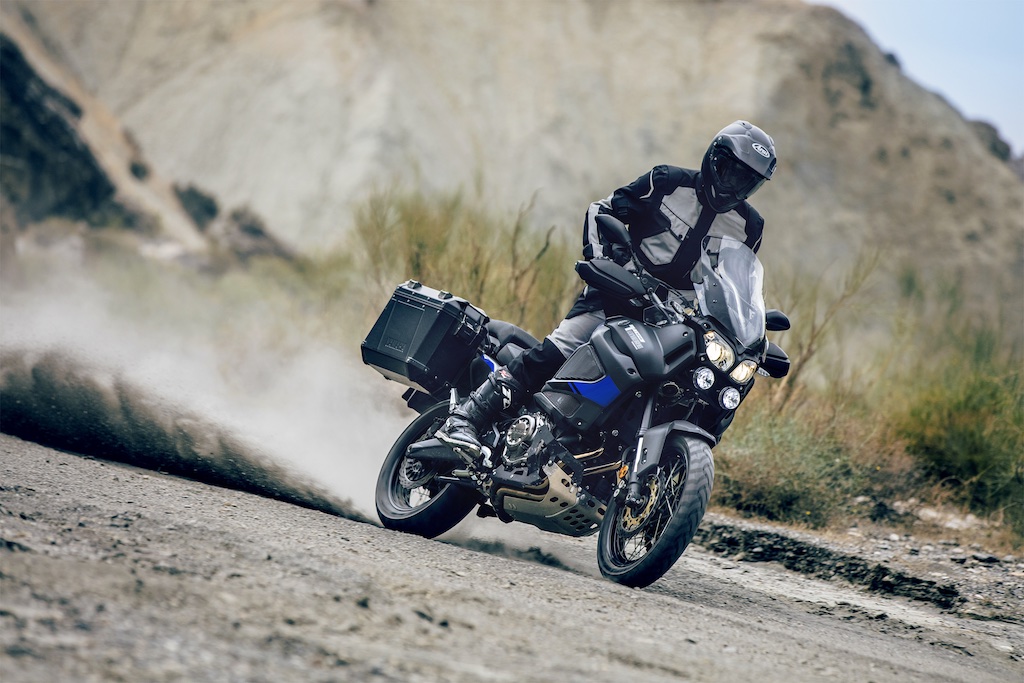 Despite the slogan, it’s another great-looking motorcycle. The British nutter Nick Sanders, a man has ridden around the world seven times, has spent a lot of that time on Super Teneres and the new World Raid is a bike developed in-part from Nick’s experiences.

Destination Yamaha Motor is a new portal to help riders tour the world. In conjunction with touring operators around the world it’s Yamaha’s way to help people with their first huge motorcycle adventure and get people riding when they are on holiday.

Then Valentino Rossi walked on stage. He talked a lot, then introduced the Niken… yep, the three-wheeled leaning MT-09-based beast which generated heaps of controversy on the Cycle Torque Facebook page when we showed a picture of it a few weeks back.

Ride the Revolution. Yep, another slogan. Don’t hate that one quite so much.

“A real animal”, described Rossi. Maybe so much so he refused to ride it on stage… Maybe the insurance company wasn’t happy… Yamaha Europe’s spokesperson defended it’s position as a motorbike. Ryan just called it a mototrike, and he’s spot-on. 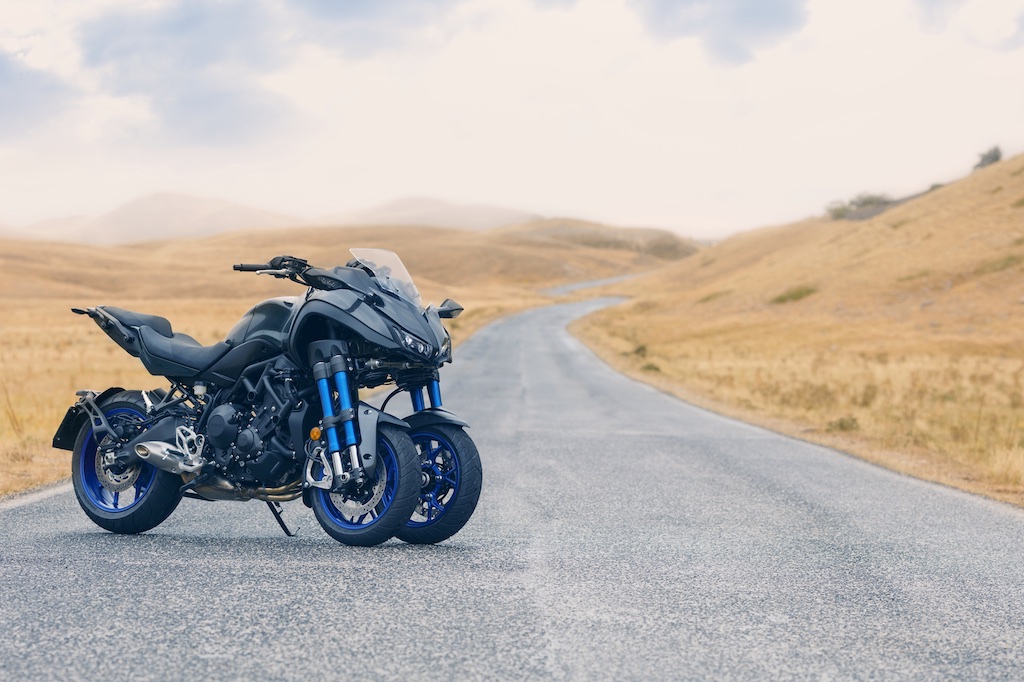 I don’t know whether I love it or hate it. The double front tyre is said to give heaps of feel, improved traction and the ability to brake deep into turns… and during the whole introduction Rossi’s looking at it with an expression of mild disbelief that’s hard to put a finger on. He’s there to sell it and he wasn’t very convincing. Keep in mind he didn’t like winglets in MotoGP, so I have my doubts Vale is really a fan of the Niken or not.

Yamaha Europe’s spokesperson made a comparison of the Niken with skiing, it might have been a good analogy, but it wasn’t delivered well… I’ve heard motorcycling described as skiing on the road, and the Niken might take than to a new level.

“At the beginning it’s a bit strange, but the feeling is something new”, Rossi said. “I will have this bike around Tavullia in the Summertime.”

So maybe he has ridden the new bike…

That’s all she wrote folks, the Yamaha presentation at EICMA 2018 has concluded.

Cycle Torque ticked along on advertising for years, but in recent times the digital advertising revenues can’t hope to replace print income, so if you like Cycle Torque’s articles, videos and photos we’d appreciate it if you could contribute just $1 month so we can keep riding, writing, shooting and posting! Check out our page at Patreon.com or our support page.

Lorenzo wins in Qatar from Rossi and Márquez

Yamaha’s Jorge Lorenzo (above) proved too strong for his competitors in The Commercial Bank of Qatar Grand Prix, held under lights on Sunday evening at the Losail International Circuit. Teammate Valentino Rossi was an impressive second, with Marc Márquez (Repsol Honda Team) taking third place on debut. […]