Hundreds of people turned out on Saturday morning to celebrate Yamaha’s 60th birthday with a family-oriented roadshow held at Chris Watson Motorcycles in Cessnock.

The roadshow is currently travelling around Australia, visit Yamaha’s 60th anniversary microsite to find out when it’s coming to a town near you.

Watson said launching the roadshow at his Cessnock dealership was a great privilege.

“23 years as a Yamaha dealer and to launch the roadshow at our dealership was a great honour,” he said.

“A lot of people have turned out today and it couldn’t have been a better day,” he said. 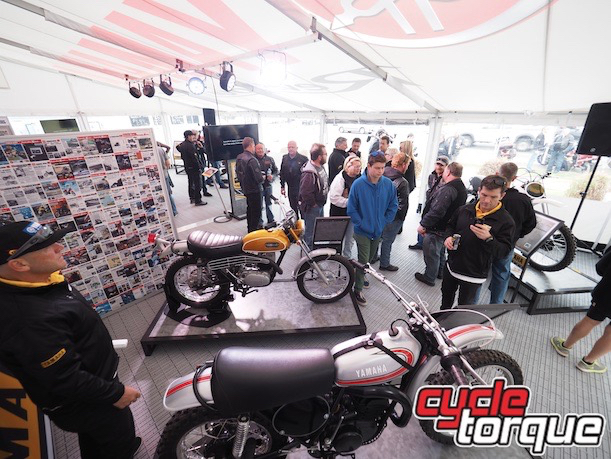 People from all over the greater Hunter Region were treated to a display of vintage Yamaha motorcycles, including the first dual-purpose DT1 and a the first YZ250A – built in 1974, which has been fully restored and is now owned by four-time Mr. Motocross Stephen Gall.

“I could have restored it to how I raced the bike,” Gall said.

“I didn’t because I loved the bike how it came out standard.

“I put it back to standard condition so it would just remind me of those early days when I really got a love for motocross.”

Fans of all ages also got to meet some of Australia’s best riders, like Gall who have a wealth of experience drawing from MotoGP, WSB and even a few current motocross racers from the current CDR Yamaha family. 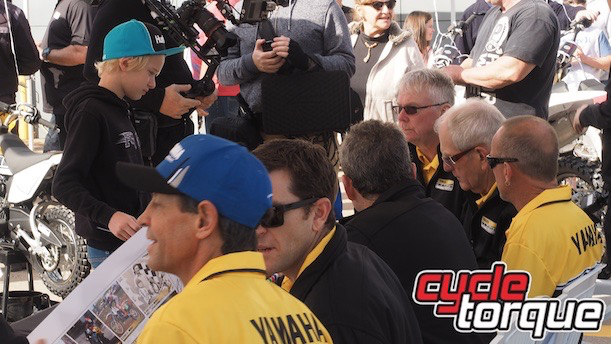 Yamaha and Chris Watson Motorcycles gave away a TTR50 by tagging an Instagram photo with #yam60cwm. Here’s the winning post.

Cycle Torque was also invited to film the event, along with the launch of the 2016 YZ450F which is available with limited edition 60th anniversary yellow plastics.

Yamaha’s 60th anniversary show truck will be on the road touring these classic motorcycles around Australia over the next year.

You can read the test in an upcoming issue and both Yamaha’s 60th anniversary celebrations and the YZ450F will be featured on TV later this year.

2013 World Champion Marc Marquez has started the defence of his title in the perfect way; with a thrilling victory in the first race of the season beating Valentino Rossi in a close battle with Dani Pedrosa in third position. […]

Marquez bounces back to secure pole at Qatar

Marc Marquez (Repsol Honda) bounced back from a broken leg just six weeks ago to secure the first pole of the season at the Losail circuit in Qatar with a time of 1’54.507, marking his 10th MotoGP career pole, from 19 starts in the class. […]

WHEN it was first released back in 2011 the R15 filled a neat little gap at this end of the market and it went on to be good little seller for Yamaha. […]