The engine and performance

The 400cc air-cooled and fuel-injected engine isn’t the prettiest looking thing you will ever see from the Italian marque.

It looks like the engine has been repurposed from an older bike.

That’s because it has.

From the exterior, it’s the same engine as the 800cc Scrambler but machined differently.

The power-plant is based on the 796 Monster made from 2010-14. Internals have been redesigned to halve the capacity. 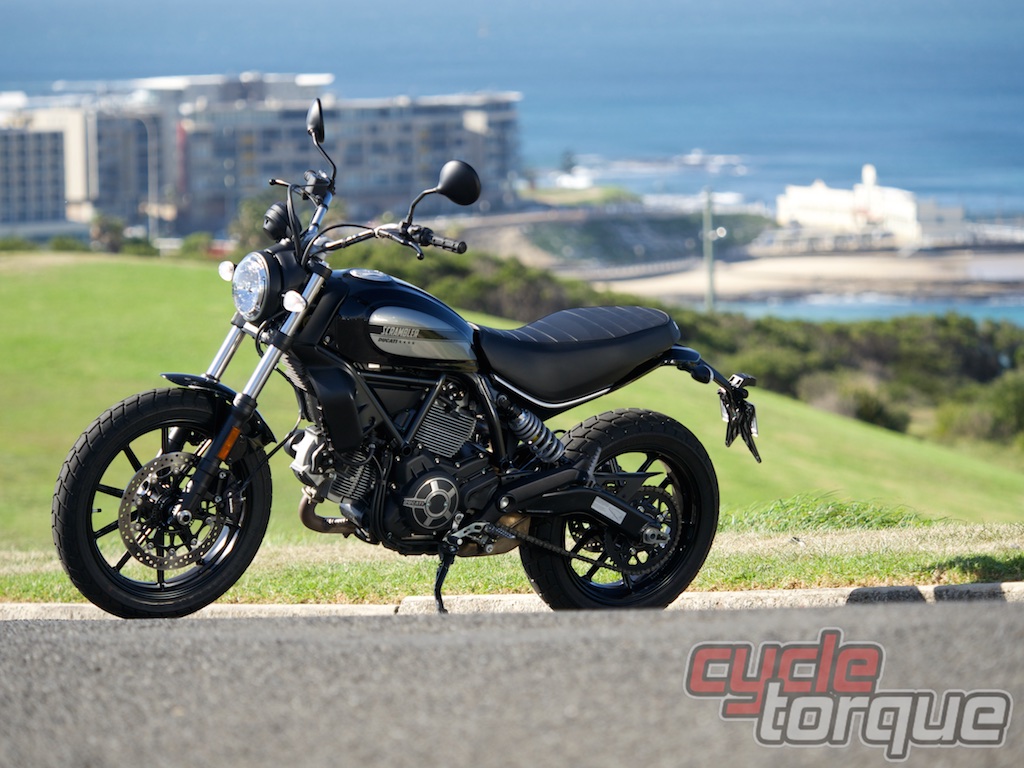 Besides the Frankenstein-esque looks, the performance of the 399cc L-twin stands out and exceeds expectation.

There is a good spread throughout the bottom-end of the rev range which provides a great lesson for riders in how to use it to your advantage.

This means you can be a bit lazier than normal, able to enjoy time spent in heavy traffic because it’s so much fun short-shifting the first three gears to get out in front of other road users.

You can also keep a higher gear in turns because the Sixty2 has no troubles accelerating out of them in lower revs.

The mid-range engine response gives the impression the smaller-capacity Scrambler will run out of puff but this is not the case – take the engine up towards its redline and you are in the meat of the bike’s torque and power.

All of this means the potential for fun on the Scrambler Sixty2 is available at both cruising and near redline speeds, which will suit most buyers just fine. 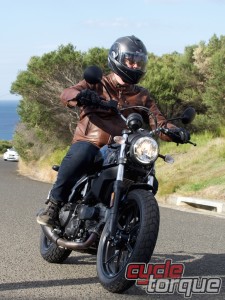 On the handling side of things, there are no surprises with the Sixty2.

Cornering ease and flick-ability is balanced with a safe feeling of stability throughout turns.

The brakes, like most of the top bikes in the mid-capacity LAMS category are safe and reliable, ABS comes standard, is non-obtrusive and works in an emergency stop.

Scrutiny is found in initial bite when pushed harder.

The same goes with the suspension in the form of non-adjustable Showa forks and a Kayaba rear shock with preload-adjustment only.

It’s perfectly acceptable in city situations and enables riders to enjoy themselves in the twists, again once it is pushed to the edge of its design brief, both ends will start to complain.

It’s a complicated equation the 400cc-and-under market finds itself in because they weigh next to nothing and the engines are easily capable of licence-losing speeds.

If Ducati provided more stopping power by increasing the initial bite of the front brakes on their lightweight Sixty2, it will more than likely cause the wheel to lock sooner because weight cannot be shifted to the front wheel in a time which slows the bike down, which means changes to the suspension and so on…

Getting everything ‘right’ is simply impossible.

It is a delicate balancing act which Ducati has pretty well got covered on the Sixty2.

The seating position is upright and comfy, with a good distance between the seat, ‘pegs and ‘bars for a 190+ cm rider.

The seat height is quite low and makes it easy to throw a leg over and put your feet down. For any long distance, day after day stuff like motocamping,

I would consider the Comfort seat from the Sixty2 accessory catalogue to raise the seat height and provide a bit more comfort. Initially, I found an issue with the location of the ‘pegs – they are in that ‘kick your shin’ zone when putting a foot down and locating the ‘pegs.

You soon ‘learn’ where they are.

It is an ephemeral tradeoff for the natural and relaxed position.