WORLD champion and honorary local, Brit Johnny Rea (Kawasaki), has won the opening two rounds of the Superbike World Championship at Phillip Island, the opening round of the year.

Riding the new ZX-10R, Rea was always strong, although his team-mate Tom Sykes qualified on pole.

“It’s incredible to get the double,” Rea said.

“I want to thank all the local fans who came out and supported me.

“The key to my race today was having fixed the bike to really allow me to fight with the other riders in the heavy braking areas.

“It was impossible to pull away from the other riders, so I just set my own pace and stay composed.”

Rea has scored double wins five times in 2015, but not at Phillip Island, where he celebrated each by stopping with fans on the cool-down lap after each race win. Could he be even stronger in 2016? 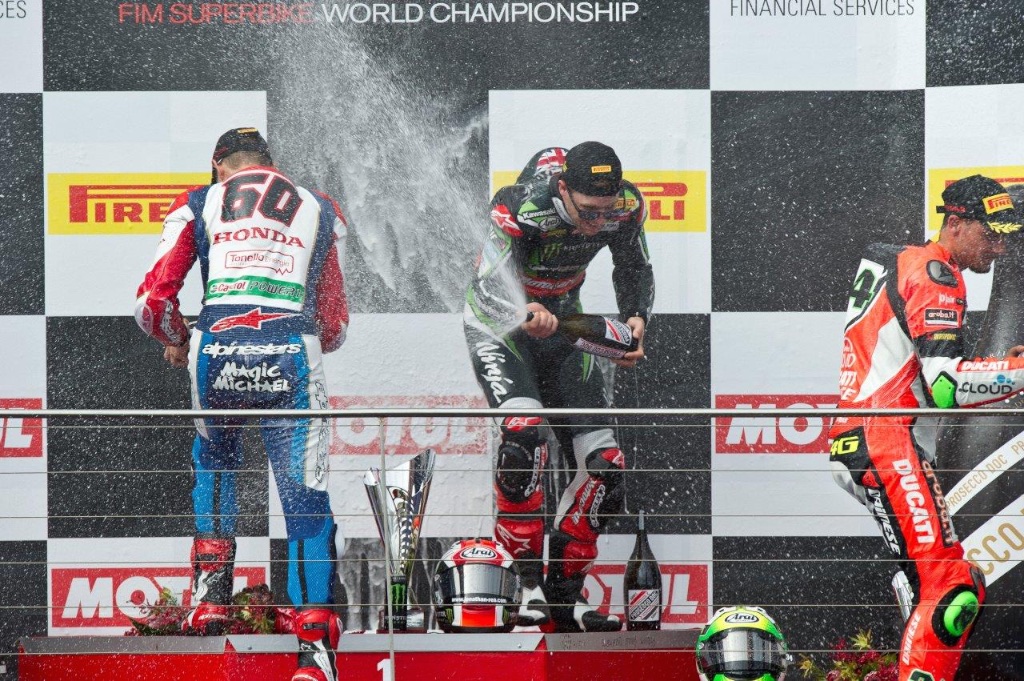 Michael van der Mark is second overall, scoring 36 points in Australia to Rea’s 50, giving Honda a good result from thee round, especially given former GP champ Nicky Hayden scored a fourth place finish in race 2 in his first weekend on a Superbike in ages.

Rea rode consistently and smoothly to take his wins, unlike some of his competitors. Sykes led most of race two until running wide at the hairpin, and Chaz Davies crashed attempting an overtake on the last lap.

Van der Mark said, “It’s an amazing way to start the season. I led the race for a couple of laps. On the last lap I wanted to attack Johnny but I made a small mistake.”

Aussie Josh Brookes (BMW) scored ten ten results in both races in his first ride on the machine.

With at least four riders in contention for the MotoGP crown, there’s every chance the Phillip Island race will create talking points to last a decade. […]

Chaz Davies (Aruba.it Racing – Ducati) wrapped up a superb weekend on Sunday at the Lausitzring in Germany, with his second victory of the Prosecco DOC German Round in race 2, whilst Jonathan Rea (Kawasaki […]