Toby Price has reaffirmed his status as King of the Desert, winning the 2015 Tatts Finke Desert race over the June long weekend.

The 480-kilometre journey was raced over two days, departing Alice Springs and heading south, following the route of the old Ghahn railway track to the Finke township and back to Alice.

The 27-year old, who also finished third on debut in this year’s Dakar Rally took a four-minute 45 second lead into the overnight camp at Finke, extending his lead to win by almost two minutes to KTM team-mate Tye Symmonds.

Crossing the line today for my 4th @FinkeDesertRace win was simply amazing, a feeling I will never forget! #finke2015 pic.twitter.com/Rxxjg7w82o

“My theory was that if I could get a good run down and pull some gaps, hopefully my way home would be a little bit easier for me, so yesterday I just bit my lip and hung on and went for it,” Price said.

The win is the second Finke crown in a row for Price, who suffered a broken neck at the same race in April, 2013 and makes him a four-time Finke champion.

“It definitely wasn’t an easy one on this trip,” Price said.

“It was a hard slog and I can’t thank the crew here enough, it’s been an awesome effort by everybody.”

“I don’t know whether my foot is cracked or whether there is some ligament damage, but I just know it’s very painful, it’s hard to stand on it, and I had some very messy moments down through the track.”

This year’s Finke saw approximately 600 motorcycle and 134 car competitors make the journey, as approximately 15,000 spectators camped along the length of the 240 kilometre course. 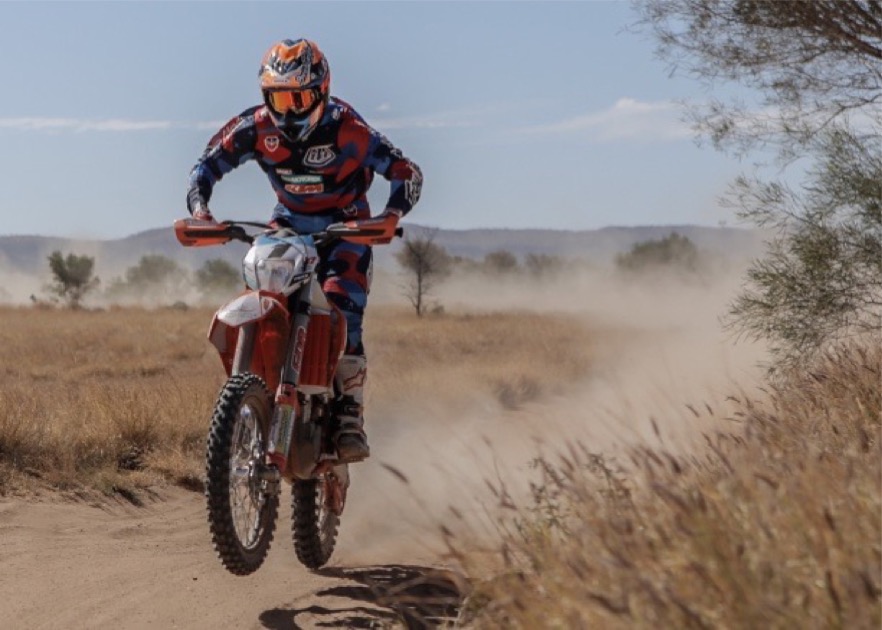 Grabham 11th after Stage one of Dakar Rally

Australian desert racer Ben Grabham has made a solid start to the 2014 Dakar Rally, currently sitting in 11th place after Stage one. […]