MV Agusta has hit the headlines again with the launch of the F3 800. Billed as having ‘the exhilaration of a 1000cc superbike with the handling of a 600cc supersport,’ the F3 800 is packed full of all the latest advances in technology and Italian styling.

MV promise performance comparable to litre class sportsbikes and they are generating the power from a 3 cyclinder 798cc engine that produces 148hp at 13,000rpm (20hp more than the F3 675). The bore diameter is unchanged to that of the F3 675 at 79mm, but the stroke has been increased from 45.9mm to 54.3mm. 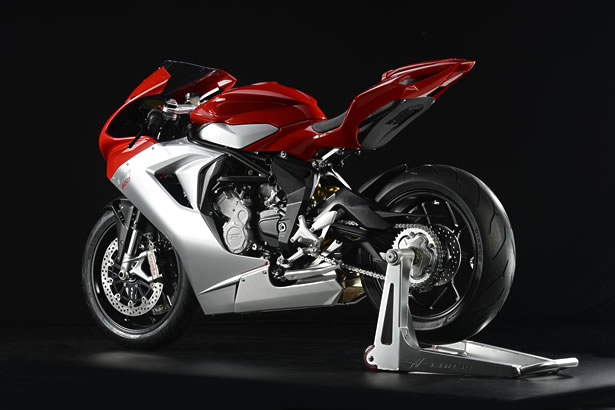 The big thing though is that the claimed weight is the same as the F3 675 – tipping the scales at 173kg. More power, more torque, same weight. The engine also uses a MotoGP inspired counter-rotating crankshaft. The purpose is to reduce ‘rotational inertia’ during quick direction changes, which in effect means the bike should feel more balanced on a twisty road. The electronics package is an upgraded version of the MVICS ride by wire system and includes full traction control with 8 levels of adjustment.

A six speed gear box is fitted, with ratios allowing for an approximate top speed of 280km/h. Slipper clutch is fitted standard to help out with those gear changes under heavy braking. Speaking of braking, the front discs are still 320mm like the 675, but the system is an upgraded Brembo monobloc system. 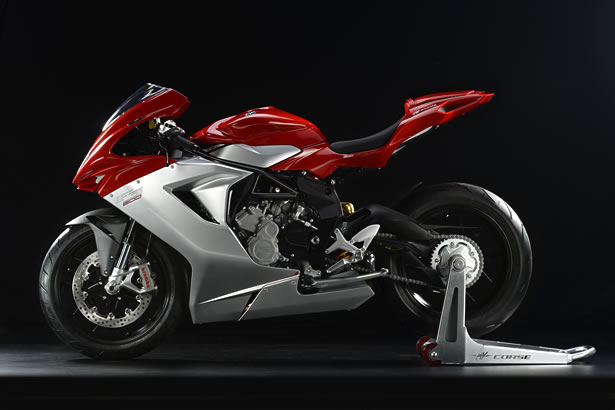 High track and air temperatures were the order of the day for the first ever World Superbike Tissot-Superpole at the Sepang International Circuit. Sylvain Guintoli secured his second Tissot-Superpole of the year, winning the grid deciding battle by a margin of 0.106s. […]