Your dirt bike’s tyres are round, black and knobby… but they aren’t all created equal. The right tyres give you the confidence to push hard, the wrong ones can leave you on your ear.

Choosing new rubber can be hard – each brand offers a myriad of choices in compounds, intended uses and sizes. Metzeler is trying to do something about the hassle though for dirt bike riders with its new MC360, an enduro/MX/SX tyre which is also street legal. About the only choice you need to make is either the mid soft or mid-hard versions. 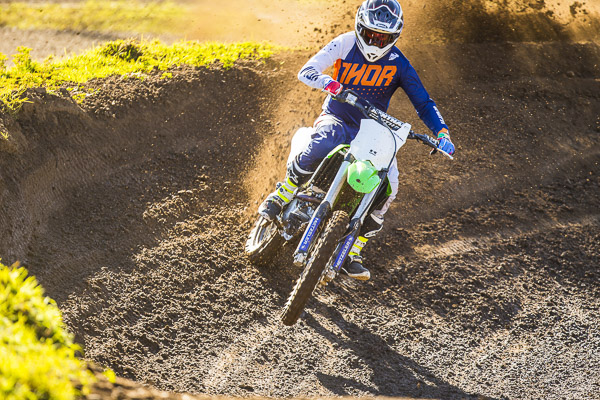 The MC360 name covers two new tyre designs which come in a range of different sizes. Mid-Hard and Mid-Soft are the two different terrain options available, with 18 and 19 inch rear options, as well as 21-inch fronts. The tread pattern designs are quite aggressive, and are clearly aimed the enduro and motocross markets rather than trail or adventure.

Technically speaking, the Metzeler MC360 tyres are very advanced with a number of key features which make them stand out from the crowd.

The Mid-Soft terrain tyres feature a “parabola” layout: the knobs aren’t a “straight” cut, instead featuring a curve in each side of the knob to allow increased bite on both acceleration and deceleration. The knobs are then divided into sections of 2 and 3 across the width, alternating around the tyre. This improves the overall strength of the tyre allowing less flex and roll.

The Mid-Hard option begins with a different rubber compound more specific to harder terrain, then continues by offering a different tread patten with the knobs being larger and wider, yet still offering a quite aggressive design. Continuous Knob Binding Technology is used in the tread and carcass design to improve braking grip and consistency. Like the Mid-Soft, the knobs are divided up into two and three sections across the width of the tyre for similar strength and flex characteristics.

Both the Mid-Soft and Mid-Hard tyres are fully reversible, allowing riders to stretch even more life out of each tyre.

Finally, in what may be the one of the most interesting moves by Metzeler, all of the tyres in the MC360 range are street legal. That’s not to say that Metzeler are “recommending” these as a true road tyre option, but for anyone out there with a registered bike it’s comforting to know that you call roll out of your garage, down the street and into the bush without a worry about your tyre choice.

Being street legal is also important if a bike is being ridden by a customer or staff member – a business could be held liable if it put off-road only tyres on a bike and someone rode it on the road, so don’t be surprised if the MC360 becomes the tyre of choice for bike hire and tour companies, and on properties.

Getting down to business and hitting the dirt is really the part we all want to know about. Beginning with the enduro bikes, we rode a KTM 300 EXC, Suzuki DR-Z400 and Honda CRF250L through a variety of conditions with both tyres and came away quite impressed. The mid soft option offered a bit more bite that was evident with competition based KTM, but on the DR-Z and CRF the difference wasn’t nearly as noticeable where the Mid Hard option could prove to be a much better value for money option on the dual-sport models. Handling rocks and logs was easy, with good all-round grip and predictablity from both tyres.

On the motocross track, our mixture of bikes included a current YamahaYZ450F, Honda CRF450R and Kawasaki KX450F. The Mt Kembla MX track is a relatively hard-packed circuit with a lot of elevation changes and a quite grippy surface. Across the board both tyres hooked up well, with a very predictable feel. The mid-soft tyre again had more of a bite when it came to traction as opposed to the mid hard, however the mid soft had a tendency to break loose in the more hard pack sections of the track. When leaning through turns both tyres held up well without rolling or washing out, with a very predictable feel which is key to having confidence in both your bike and tyres. 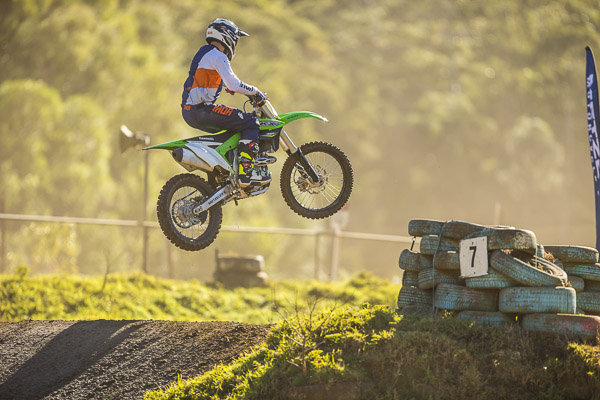 With a myriad of sizes and two compounds, we can’t say exactly how much a pair of MC360s will cost you, but what we do know is the mew Metzelers will be very competitive – most riders will be up for around $200 (Australian) a pair, but it will be a little cheaper for some.

Metzeler tyres are popular with many older dirt bike riders, those who got to know the brand when it was really strong in Australia – many younger blokes don’t have any experience with Metzeler at all.

Indeed, Cycle Torque’s Ray Macarthur bought a set of MC5s, one of the older designs, the MC5, just a few weeks before the MC360 was announced – we’re looking to try the new rubber as soon as we get the chance to do a comparison.

One thing we do know is the versatility of the MC360 – Enduro and MX while still being street legal and reversible – is exceptional.

After a solid days riding the new MC360 tyres proved to be a very capable tyre, offering great all-round grip and durability. For the rider out there who is riding a bit of everything, and might find themselves on a MX track on Sunday, but out riding in the bush the following weekend the MC360s offer a perfect mix of versatility. 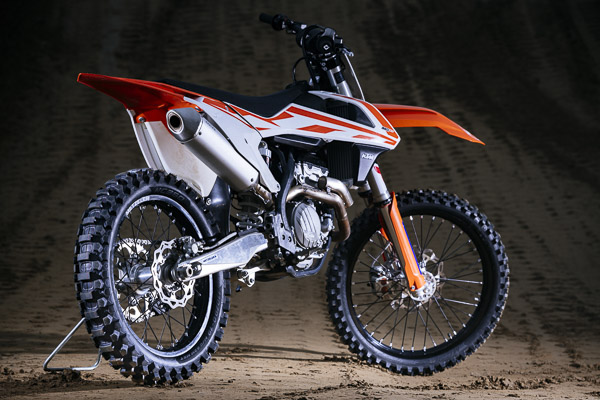 German tyre brand Metzeler is back. OK, so maybe Metzeler never truly went away, but the company’s market and mind-share in Australia certainly fell away over the last couple of decades.

Go back to the 1990s and Metzeler had some of the rubber best around. Innovations like Comp K gave race-winning grip with remarkably long life. I put a set of ME33 Lazers onto my FZ750 and loved them for an eternity – they handled, gripped and lasted for ages.

In the dirt bike world those with long memories love Metzeler tyres. Cycle Torque’s Ray Macarthur was waxing lyrical recently about the great deal on a set of Metzelers he recently bought for his Husqvarna TE450… a week before the announcement of the new MC360.

The innovations from Metzeler have made motorcycling safer, with zero-degree radial belts and Kevlar just two of the many.

These days Metzeler makes a variety of road and off-road rubber, with its current crop of road tyres winning European shoot-outs, including the British Motorcycle News best tyre award for the Roadtec 01.

Still prominent in road racing (Metzeler dominated the North-West 200 this year), Metzeler was used by the KTM team which went one-two at the Pikes Peak Hillclimb this year.

Metzeler has also been used by more than its fair-share of the top world enduro racers.

On the back of results like those, Metzeler’s chosen the release of the MC360 as a great time to re-boot the brand in Australia.