Jorge Lorenzo has topped a rain hit first day of MotoGP testing at the Jerez circuit in Spain, however the results mean little as the riders wait for dry weather.

Despite the adverse weather Lorenzo managed to achieve 39 laps whilst working on the wet set up of his YZR-M1, achieving a competitive set up fairly quickly.

The factory Yamaha team also used the Jerez test to unveil their racing livery for the 2013 season but it would be a disappointing first day of action in MotoGP with black clouds, heavy rains and a waterlogged track hampering testing efforts.
Returning former world champion Valentino Rossi returned his familiar number 46 to the Yamaha M1, and was immediately happy with the result. 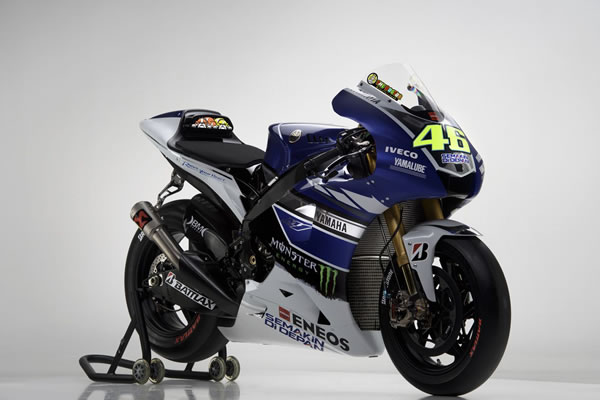 Rossi has been quoted as saying the culture of the Yamaha team is much better suited to making progress and resolving problems, as the Japanese team welcomes rider input and considers it a good opportunity to improve performance if a rider has negative feedback.
Rossi said this wasn’t the case at Ducati, where he felt rider input wasn’t trusted and that the engineers were quick to deny any faults.

Meanwhile, Yamaha boss Lin Jarvis has hinted that the company will supply engines to privateer teams from 2014, as Dorna prepare to announce new technical rules. At this point in time, Dorna is considering allowing teams to have the choice between developing their own electronics package or adopting a control ECU. To continue with their own electronics, manufacturers must produce a ‘customer’ spec bike or at least make engines available to private efforts. Rival Honda looks set to announce a full privateer racing bike package to become available.

Aussie Bryan Staring continued to adjust to the MotoGP CRT class at the Jerez test, trying to put together a wet weather set up.
Like the other riders, Staring only completed a handful of laps, postponing the full testing program until the following day. 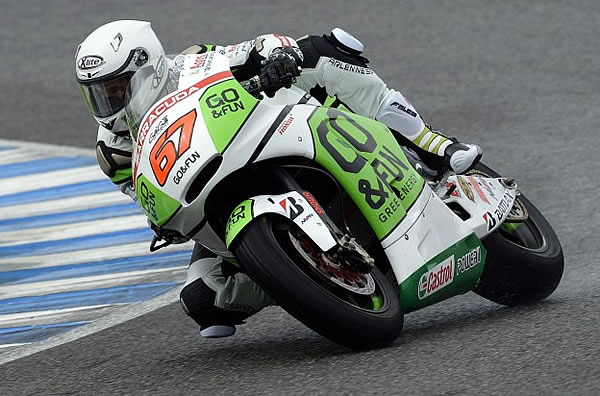 Viñales’ win – ‘a weight off my shoulders’

Maverick Viñales (Yamaha) has won the first round of the 2017 MotoGP Championship in Qatar, March 26. […]

Pedrosa all set for Le Mans after operation

Repsol Honda Team’s Dani Pedrosa is ready to get back to business at Le Mans this weekend, taking part in the Monster Energy Grand Prix de France following surgery for arm pump. […]

Marc Marquez made history by becoming the youngest ever MotoGP World Champion in Valencia on Sunday, completing the season-ending race third to become the first rookie premier class title winner for 35 years. […]