Reigning MotoGP World Champion Jorge Lorenzo will ride for Ducati in 2017 and 2018.

Lorenzo, who has ridden factory Yamahas since moving to MotoGP, is one of the most successful riders of all time, with two 250cc World Titles and three MotoGP Championships.

The move was announced via press releases from both Ducati and Yamaha. The Ducati press release was incredibly brief, simply outlining his two-year contract and a single paragraph of Loreno’s career achievements – so brief, indeed, we wonder if the press office even knew it might be happening, and no quote from the rider himself.
Yamaha’s announcement was a little longer and said, in part: “Since Lorenzo joined the Yamaha Factory Racing Team in 2008, Lorenzo and Yamaha won three MotoGP World Championships (2010, 2012 and 2015), clinched 41 race wins and have been on the podium 99 times out of 141 races contested.
“Yamaha is extremely grateful for Jorge’s contributions to its racing successes and looks forward to sharing more memorable moments during the remaining 15 MotoGP rounds of 2016, their ninth season together.”

Lorenzo has been linked to Ducati as the Italian manufacturer looks to find a way to win races, and is rumoured to have offered Lorenzo a massive contract. Yamaha, on the other hand, was aware of Lorenzo’s value to the brand and wanted to keep him. 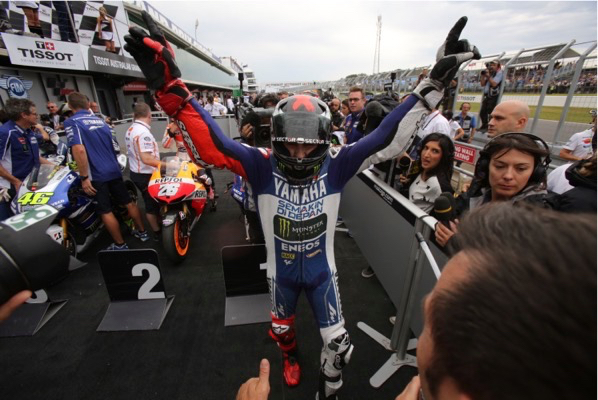 His team boss Wilco Zeelenberg said: “It is very important to keep Jorge.
“We are so impressed with his performances.
“We show him a lot of respect and he knows we have him at the top of the list and we know other manufacturers can see he has special skills.
“But I would hate to see Jorge, who has spent his entire premier class career with Yamaha, leave the brand.”

Lorenzo hasn’t spoken about the decision yet, but there are likely to be many reasons, including the belief he can do what his nemesis, Valentino Rossi, failed to achieve – winning on a Ducati. No Ducati rider has stood on the top step of a podium since 2010, and Casey Stoner remains the brand’s only World Champion.
Friction in the Yamaha pit might also be playing a part in the decision – Yamaha has been unusually successful at keeping Rossi and Lorenzo in a team without a clear #1 rider. Another factor is Lorenzo’s team manager from his 250cc days at Aprilia, Luigi Dall’lgna, is now Ducati Corse’s General manager. 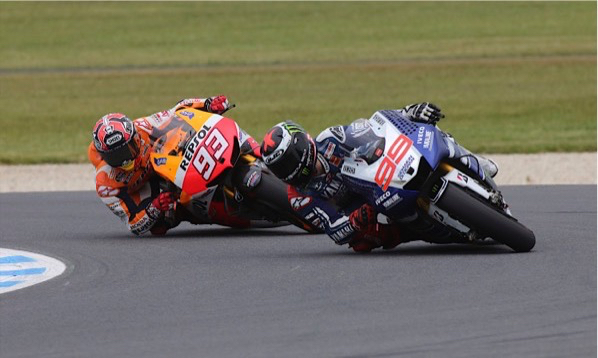 MOTOGP management is taking away the ability of riders to make decisions about their safety and altering the format of races to ‘improve’ the spectacle of motorcycle racing for television. […]

Junior road racer Brandon Demmery has received an invitation to race at the next Malaysian MotoGP to be held in Sepang, October 11-13.
[…]