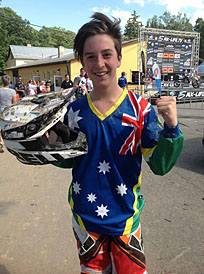 KTM Australia has announced that they will support eight young motocross riders in a junior racing squad for 2014.

The 2017 Dakar Rally was settled on Saturday when Britain’s Sam Sunderland and Austrian teammate Matthias Walkner crossed the line 1-2. […]