There’s quite a lot of overlap in the classes, which means you don’t have to buy a new bike every time they have a birthday, but physical growth is a big determining factor in what bike suits which rider – our project bike pilot, Damien, has only recently turned 12 but his tall physique suits the CRF150RB big wheel, and he should get a couple of years out of the bike before he grows out of it.
Under sevens can get involved in fun riding in non-competitive events, riding 50cc machines. Kids 7-12 can race 50-65cc machines.
85cc two-strokes and four-strokes to 150cc are usually sold in standard and big-wheel versions – standard wheel bikes are for racers 9-13 years, big wheel machines for kids aged 12-15.
125-200cc two-strokes and 200-250cc four-strokes are for kids over 13.
Check with your club about what classes of racing they offer, because if they don’t have the numbers for a particular class you might be mixed with other classes, or possibly miss out altogether. 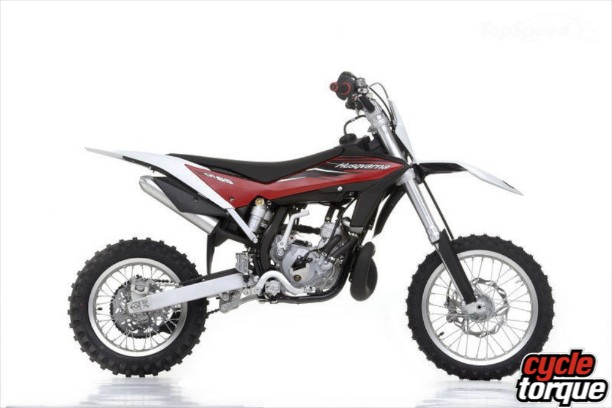 WITH two models for the kids, Husqvarna’s CR50 and CR65 are genuine race bikes, with trick suspension and powerful two-stroke engines.
The CR50 features a Dual Clutch System with automatic gearbox, so even the youngest of racers can concentrate on their riding rather than the controls.
The CR65 is a step-up, with 6-speed transmission and manual clutch, this is a bike for the champions of the future.

With one of the biggest ranges of kids’ bikes and a reputation for winning, it’s no surprise there’s lots of orange machines at any junior motocross meeting.
With seven two-stroke racing models from 50cc to 150cc and a four-stroke 250, there’s no shortage of orange options.
All are two-stroke singles, ready to race out of the box. The 50SX features an automatic clutch and is suitable for those as young as four. The 65SX is the step-up category, while the 85SX is available in small and big wheel versions.
The 125SX and 150SX are for older kids and compete against the championship-winning 250SX-F four-stroke, at the pointy end of the field. 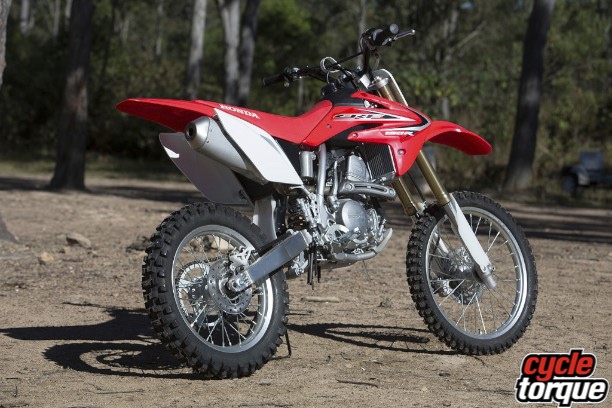 Honda has one four-stroke across its range of competition motocross bikes, which kick off with the CRF150R/RB, available in small and big wheel (RB) version.
Cycle Torque has a CRF150RB project bike and you’ll find a separate article on that bike elsewhere in this issue.
Teenagers will be keen to jump on the new for 2014 model CRF250R. 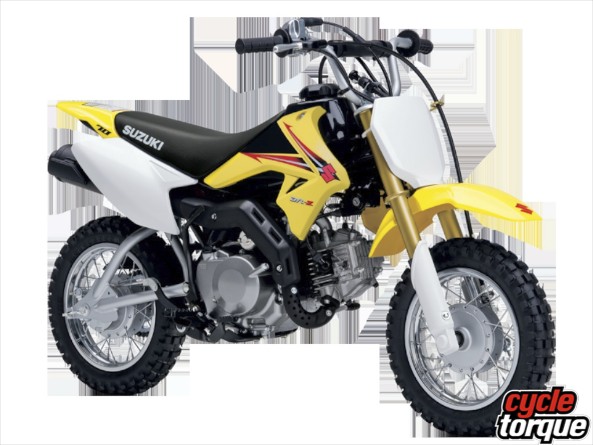 Yellow racers for the kids come in 85cc two-stroke and 250cc four-stroke models.
The RM85 has been a powerhouse model for Suzuki and those who’ve chosen to ride on over the years, and the latest model offers excellent performance and quality suspension. It’s available in small and large-wheel versions.
The RM-Z250 is a four-stroke championship-winning racer for teenagers and adults. 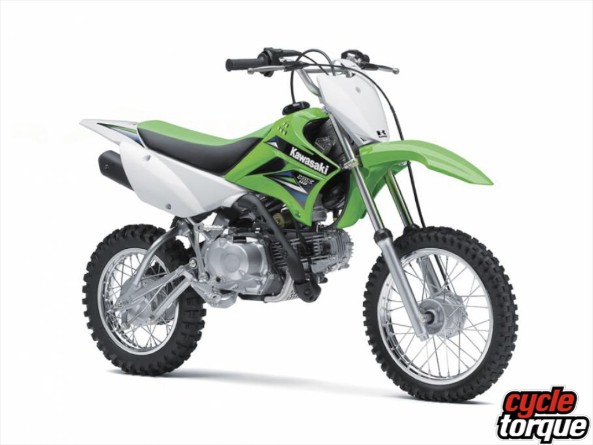 Kawasaki offers 65, 85 and 250F models in its junior KX range. The green machines have long been popular, with the KX65 being an awesome first racer. The KX85 is available in small and big wheel versions, while the KX250F is the step-up from the 85s and into senior ranks. 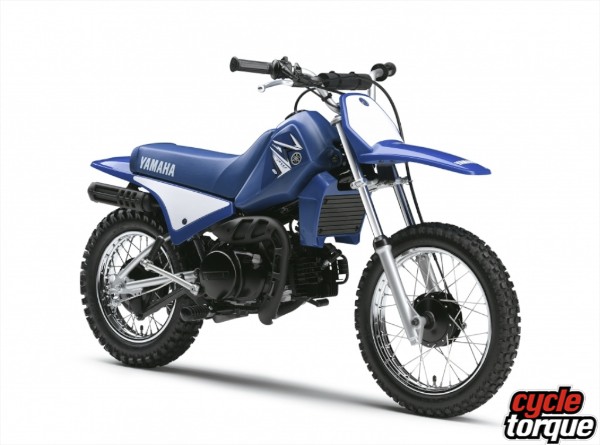 Yamaha is a very traditional company and offers a mix of two and four-stroke motocross machinery.
The YZ85 is available in small and big wheel versions, the YZ125 two-stroke is a weapon for experienced kids and even adults and the YZ250F is popular with teenagers.