ALEX Pickett is now a winner at the Isle of Man: first privateer in the Superbike (P2) class, taking the victory with a hard-fought last lap and win-from-behind.

Seventh outright, too, with only professional racers ahead of him.

The podium, however, was a long time coming.

As 12-year-old, Alex Pickett dreamed of being an Isle of Man TT star. He’d watched the DVDs with his dad, and in 2006 he saw it first-hand during a family holiday. That dream never left the young motorcycle racer, and when he turned 18, he told his parents he was going to race on the Isle of Man. That’s no mean feat for a kid with no money, no idea how to do it, and living on the other side of the world of the most famous motorcycle road racing circuit in the world. 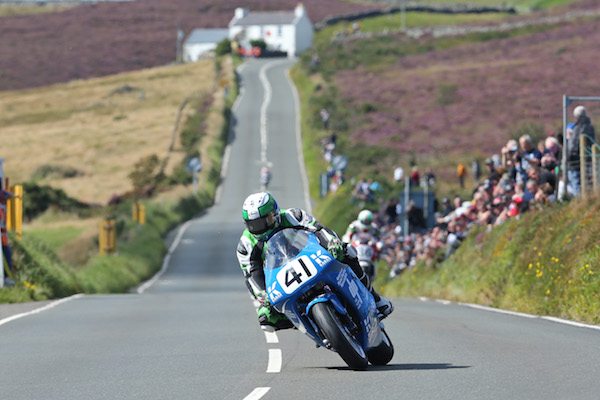 But with the help of family and friends he did race on the Isle of Man when he was 18, the youngest rider at the 2013 Manx Grand Prix, the launching ground for TT stars. His dad, the guy who started this obsession, even decided to race himself. It was a real family affair.

In his first year Alex impressed, taking his own Ducati 848, built from a wreck, to pole position in the Newcomers race. He set a time which had the pits in disbelief. The team were flying blind, not realising they would need a bigger fuel tank than standard to complete two laps of the course. It’s history now that Alex had to pit three times to everyone else’s once during the four lap race. But he managed to still finish 8th out of over 90 starters.

His results had a local Isle of Man team come knocking on the door for the young Aussie to ride for them in the 2014 Isle of Man TT, the big one. A lack of experience on big machines around the TT course and some reliability issues gave him some decent results but it could have been better.

2015 and even the 2016 TT were more of the same. Opportunities and dear friends lost.

The team he rode for in 2014 were building a classic Kawasaki for the 2016 Classic TT, held of the full TT course. They wanted Alex to ride it, he had lots of experience with classic racing in Australia.

He did them proud. All week he was one the fastest privateers in practice, just behind the established TT stars. Did he dare to dream, would it all turned to dust like before, with one hand on the trophy? 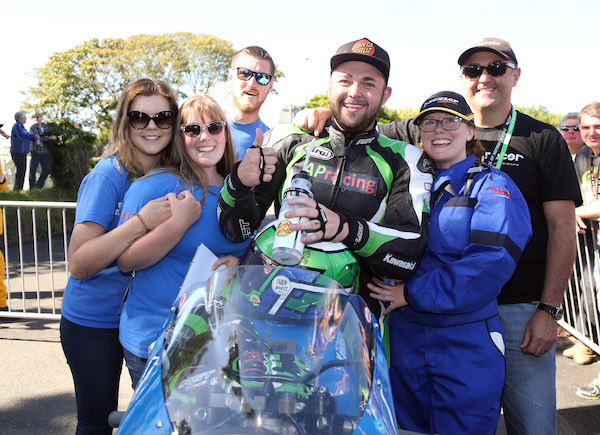 It was a close fought affair, right down to the last lap where Alex clawed back a deficit to take the Privateer’s win for him and the team. 7th outright showed how good a rider he really is, with professional riders all in front of him.

This was the first time in the team’s 30 year history they had a rider on the podium, a rider they treat like family.

You can see where it all began, in Eyes Wide Open, the story of Alex’s Isle of Man baptism of fire in 2013.

Order your copy of the Eyes Wide Open DVD Here 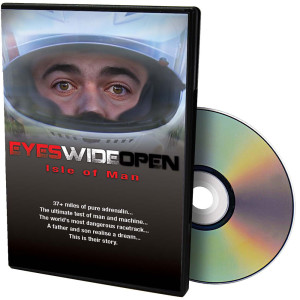