HUSABERG’S TE125 two-stroke is a perfect example of how a good little bike can beat a good big bike in the bush. While the capacity may be small, the TE125 gives a massive rush when you are carving through the trees.

In recent times, the business model from the Husaberg execs has seen the brand change somewhat from a very niche styled bike into a more traditionally built motorcycle with some innovative concepts.

It is widely known that KTM and Husaberg are owned by the same group of companies, and now the two companies share engines, eliminating the need for costly individual engine design and production. 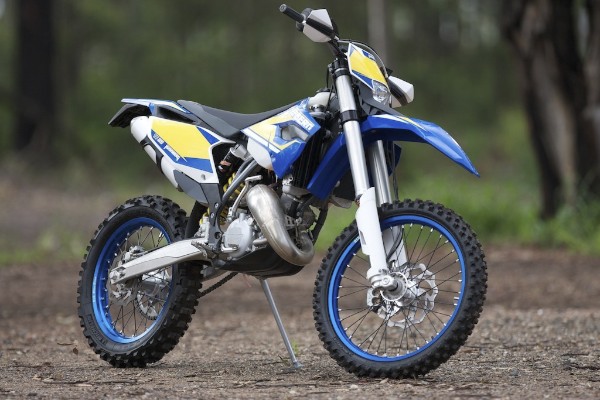 Small stroke
The 125cc engine comes directly from the extremely successful KTM 125 SX, with some slight changes to tailor the small bore screamer for the bush.
A redesigned exhaust pipe makes the power more manageable for off-road use and is also quieter to comply with noise requirements. A new clutch design uses the single diaphragm spring instead of the multiple spring system to load the clutch.

The clutch is also very robust due to its new steel design. The 125cc two-stroke engine sits cradled in a chrome-molybdenum steel chassis.
The subframe is an exclusive injection moulded plastic unit which simply bolts onto the rear end of the steel chassis. 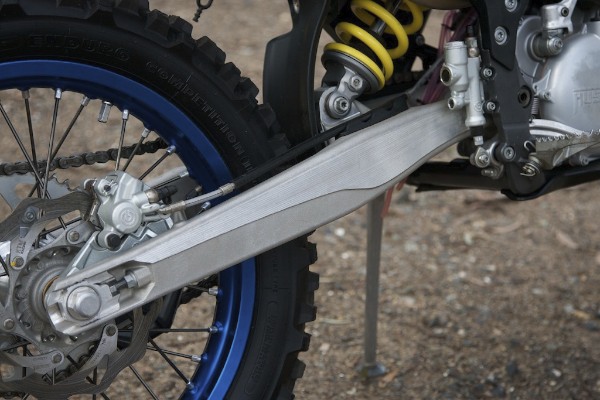 At the rear the of the bike you’ll find the WP PDS rear shock system bolted to the aluminium swingarm, while upfront the patented WP 4CS fork takes control.
The 4CS fork is a 48mm WP 4 Chamber closed cartridge setup, it was closely developed with elite riders from both the KTM and Husaberg family which claims to offer a decisive advantage in responsiveness and constant damping, while also offering simplistic servicing and maintenance of the fork.
Billet Aluminium CNC Machined triple clamps finish off the front end with their exotic look and feel.

Brembo Brakes do an excellent job of stopping the small bore Husaberg 125 with the Brembo brakes widely known for being the best production setup in the business.
Blue Anodised DID rims, laced up with aluminium CNC machined hubs also set a trendy look on the TE 125. 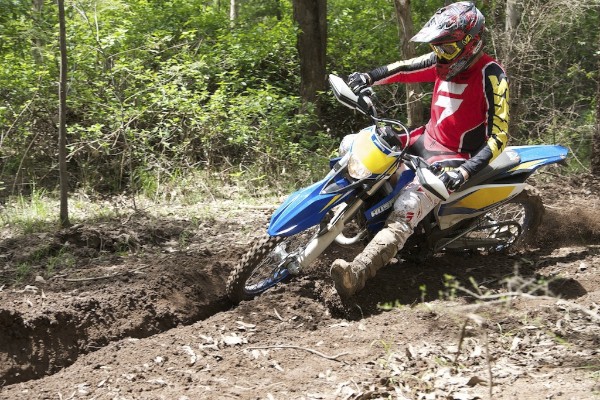 The ride
It’s been quite a while since we’ve tested a 125cc two-stroke enduro bike here at Cycle Torque, and we certainly forgot how much fun a screaming little 125 is.

Light and Nimble are the first two words that spring to mind after you take to the trails on the TE 125. The bike is very responsive to steering and changes in body position which makes guiding the bike around the bush quite simple and easy.

The suspension is set up very well, the TE has a balanced feel and handled every situation we could throw at it. The 4CS fork and PDS shock offer plenty of adjustment but on the day of our test, once we set the correct rear shock sag at 102mm we felt right at home and weren’t looking for any changes. 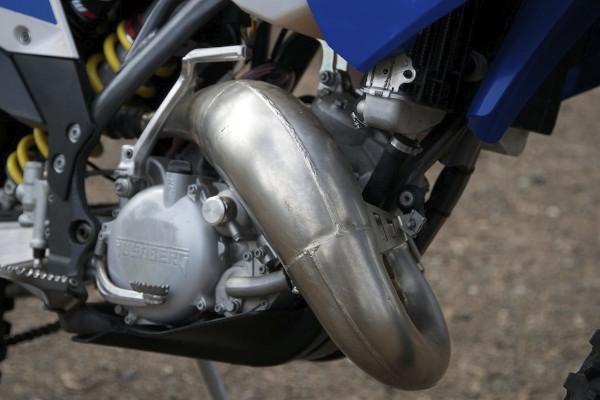 The power from the 125cc two stroke engine is absolutely amazing. Anyone who has spent time riding a 125 in the past will jump on this thing and be impressed by the Husaberg’s capabilities.
Off the bottom there isn’t too much to talk about, build the revs a bit more and the mid range hit comes on and continues into a very strong top end.

There’s no need to worry about a 125 with a lack of bottom end and torque, that’s the way they run. But it only takes a flick of the clutch and some aggression from the rider to put some fire in the belly of the ’Berg and it rockets through the bottom and into the healthy mid-top powerband.
Keep it on the pipe and the TE125 has plenty of power to keep you moving.

The Brembo brakes provide the best stopping power of any production off-road motorcycle on the market, and when coupled with a light and nimble 125 you get unmatched braking performance.
The Hydraulic clutch is another item that works like a dream, the feel at the lever is always consistent as the self adjusting set up never fades away or goes stiff and harsh.
The standard Michelin tyres work well in most conditions, they aren’t a stand out feature but by no means are they a letdown either. 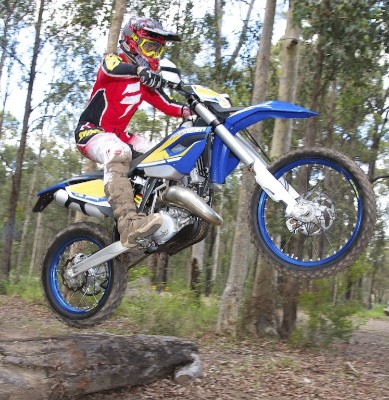 Husaberg is known for being a niche company and having bikes that are a little bit different to the rest of the pack, although some may think they have gone a bit mainstream in recent times.
A fully ADR compliant road registrable 125cc two-stroke trail bike isn’t exactly a run of the mill concept.

It’s a great bike for the right rider, with plenty of power and sharp handling, and it’s a well priced package too.

It’s stacked with quality components, plus with a large dealer network and reliable parts backup from Husaberg’s Australian headquarters, the Husaberg TE 125 quickly starts ticking all the right boxes.