John Hopkins celebrated his first MCE Insurance British Superbike Championship pole position of the season at Donington Park as the American fired his Tyco Suzuki ahead of the triple champions Ryuichi Kiyonari and Shane Byrne as he overcame this morning’s technical problem.

Byrne had initially set the pace in Q3, however Hopkins saved his best lap until the end of the eight minute session, to snatch away the pole position from the Rapid Solicitors Kawasaki rider and deny him his sixth pole start of the season.

John Hopkins: “My goal this weekend was a front-row qualifying, so it feels really good to be on Pole at a track that has always been good to me. I have really enjoyed riding here this weekend, but now we must turn it into the results we deserve after a tough start to the year. All the Tyco Suzuki boys did a good job as always, so this is as much for them as it is for me.”

The pole position was a turn in fortune for Philip Neill’s team after they suffered a technical issue in the final free practice this morning which sidelined Hopkins. However he proved he has the pace this weekend and held a 0.039s advantage.

Kiyonari pushed up to second ahead of Byrne as the triple champions continue their battle for a record-breaking fourth title, but behind them Peter Hickman scored his best qualifying result of the season with a fourth place for the RAF Reserves Honda team.

Stuart Easton and Josh Brookes (below) will complete the second row for the opening race. Brookes on the Milwaukee Yamaha overcame a crash at Redgate this morning to return to the circuit and an off-track excursion at the Fogarty Esses also cost him in qualifying. 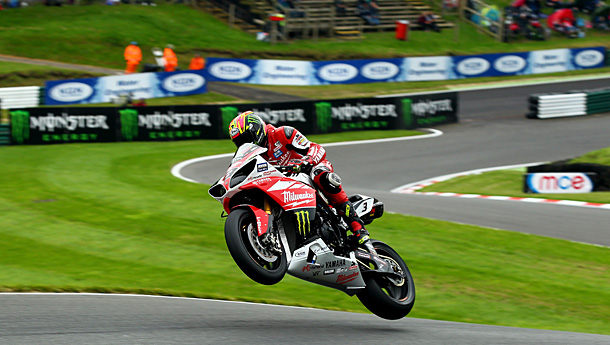 Josh Brookes: “It hasn’t been the best day with the crash this morning in free practice. I was ok, it was just a shame that it gave the boys in the garage more work to do before qualifying. Normally the rear tyre starts to slide, but it didn’t. It loaded the front and then it let go and I slid off. We qualified on the second row which means that we have a bit more work to do in the races but we will be pushing as hard as we can. Every race we come to we are trying to get on the podium, so although we have made it a bit more difficult for ourselves tomorrow we will be doing everything possible.”

Josh Waters on the second Tyco Suzuki heads the third row ahead of Tommy Bridewell and James Westmoreland whilst Dan Linfoot completes the top ten. 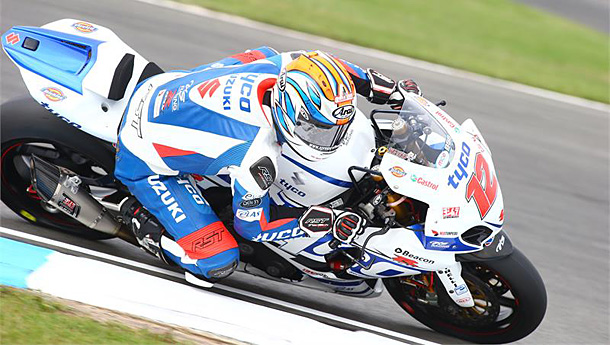 Josh Waters (above) pretty much missed two sessions with technical problems, but was also delighted with his qualifying performance.

Josh Waters: “The boys worked hard to give me a top-class bike for qualifying and we can’t be too disappointed with that. I just chipped-away and once we got into Q3 my goal was the front two rows, but with the top-three all under the lap record, and to only be 0.4sec off the Pole-time, is a good effort. The goal is a good start tomorrow and tag onto that front group and score as heavily as I can.”

Devastating news for all at TAS Racing

TAS Racing regrets to announce the untimely death of Japanese rider Yoshinari Matsushita following an incident at the Ballacrye section of the TT Circuit yesterday evening during un-timed practice at the Isle of Man TT. […]