2006 MOTOGP Champion Nicky Hayden is the first premier-class champion to move to World Superbikes.
In 2016 Hayden will follow other high-profile MotoGP stars like Carlos Checa and Max Biaggi – who both went on to win Superbike titles – in the production-based series.
“World Superbikes is a championship that I followed closely as a kid when a lot of American riders were fighting at the front. It just seems like the right time and the right team to go with. I know I’ve got a lot to learn and it’s going to be a big challenge, but also I’m very motivated to start and learn what I can. I’d like to say thanks to everyone who has supported me through my MotoGP career. We had a good run but now it’s time to move on and try something different”, Hayden said in a press release.
Hayden will join young Dutchman Michael van der Mark in the Ten Kate Team.
Hayden was a Superbike champion in his native USA before joining the World Championship in 2003. 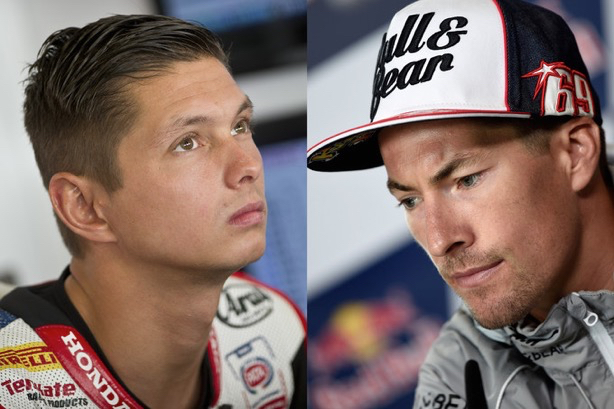