ALMOST all of Ducati’s new bikes for 2018 are bigger than the models they replace – in cylinders if not in capacity. We already knew the Panigale would be powered by a V4 in 2018, but the company kept a pretty good lid on the new 1100 Scrambler, 1260 Multistrada and 959 Panigale Corse.

Of course it’s all about more – more performance from the Panigale in an effort to wrestle the superbike crown away from Kawasaki, opening up the Scrambler range to riders who refused to consider a mid-capacity bike and giving Multistrada owners a reason to trade-in. The other new bike, the Monster 821, has already been announced.

At a fancy presentation just prior to the EICMA show in Milan opening, Ducati took to the stage to show us the new bikes. CEO Claudio Domenicali ran the event, clip-board in hand while thousands watched – hundreds at the event and thousands around the world via a glitchy livestream, which struggled at times with the English translation not loud enough and the feed dropping out. They got it happening eventually and we got to see the bikes we will all be drooling over in the coming months.

Introducing the Panigale V4 Speciale was Australia’s own Casey Stoner, Ducati’s only MotoGP champion and now a major part of the development team. Current Ducati MotoGP rider Andrea Dovisioso could become the second champion for the company in 2017, although it would be a come-from-behind victory if it were to happen, because Honda’s Marc Marquez holds a handy lead going into the last race – but next year’s presentation will be wildly different if the Italian – who actually beat Stoner to a 125cc title a long, long time ago – wins on the Desmosedici. 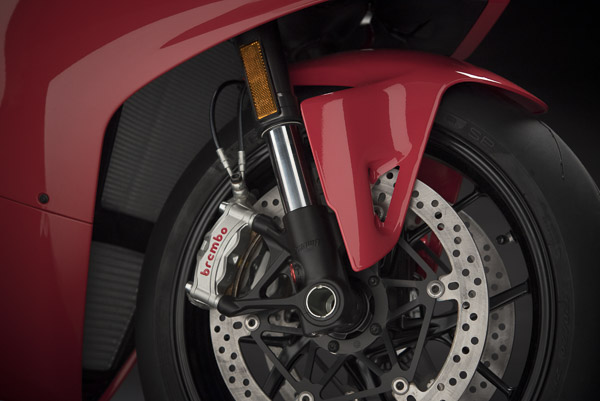 The Panigale V4 represents the next generation of Ducati sportsbikes. Expect to see a renewed effort to win the Superbike crown… if the company can secure the riders and produce enough hardware. Also expect to see lots of Panigales on the grid in 2018, although the MotoGP crown will still be more important. 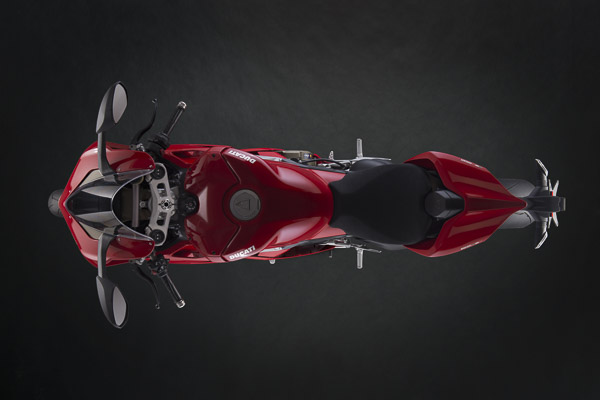 As in previous years Ducati is offering the standard model, the S-version and a collectors’ item, this year titled the ‘Speciale’.

All three models look to be getting the same engine, chassis and electronics – the differences come down to suspension, wheels, brakes, carbon fibre and, in the case of the Speciale, track-only parts and the Ducati Data Analyser+GPS.

They are next-generation Superbikes. The suspension package on the base model is proven technology – Showa’s big piston forks are incredible, although a bit heavy. The Sachs suspension is good without being remarkable… which is why the S-model has Öhlins at both ends. 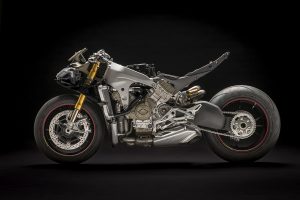 Add the aluminium forged wheels to the upgraded suspension and monobloc brake calipers and we think the S will be around $5000 more than the standard Panigale V4.

We really have no idea how much the Speciale will cost. We’re guessing north of $50,000, we really don’t know… but it will be instantly collectible, exotic and a rideable work of art. Some will never be ridden, others only on nice Sundays but a handful will get ridden at redline, cranked over and exploring the limits of the rider – I hope those few motorcyclists realise how lucky they are.

More on the Panigale v4s soon and the other new Ducatis, soon.