EWAN McGregor is an advocate for the new Moto Guzzi California 1400. This is the first time that a Hollywood star of this calibre, one of the most beloved on the silver screen, has joined forces with a motorcycle manufacturer for an advertising campaign.

The relationship between Moto Guzzi and the Scottish star is an authentic one and it comes naturally out of McGregor’s passion for bikes and in particular for the “eagle brand”. A star in more than fifty films including blockbusters such as “Trainspotting”, “Star Wars”, “Moulin Rouge” and “Big Fish”, McGregor had already expressed his passion for Moto Guzzi in the road movie “Long Way Down”, when he stopped at Mandello del Lario between John O’Groats and Cape Town, visiting the Moto Guzzi headquarters for the first time. 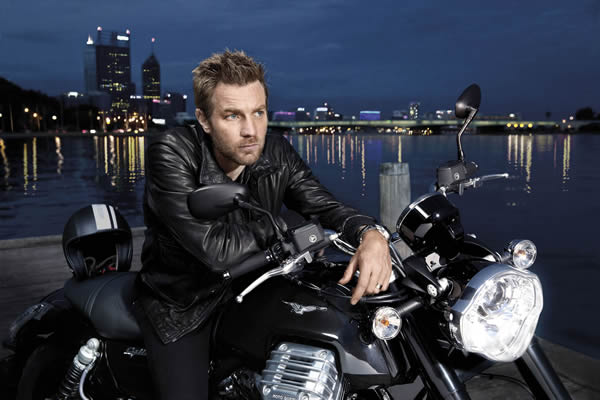 A few months later he returned to Mandello del Lario for the 2007 GMG (World Moto Guzzi Days), arriving back in London astride his white California Vintage. Today, thanks to the new Moto Guzzi California 1400, the relationship comes together in a unique professional cooperation with Ewan McGregor as ambassador of Moto Guzzi for the new 2013 advertising campaign, a decision which came about after having seen and then test ridden the two Custom and Touring versions of the brand new Italian cruiser.

To make it even more exotic, the campaign (entitled “My Bike, My Pride”) is set in beautiful Western Australia. For an entire weekend, on March 9th and 10th Ewan McGregor took a break from the filming of his next film, “Son of Gun” directed by Julius Avery, to pose in the cross?hairs of Italian photographer Paolo Zambaldi’s lens. The first day Ewan McGregor, the California 1400 Touring and the entire crew visited the fishing village of Lancelin, just 110 km north of the capital, Perth, allowing Zambaldi to capture McGregor and the California 1400 all in a unique natural setting dominated by tall white sand dunes. 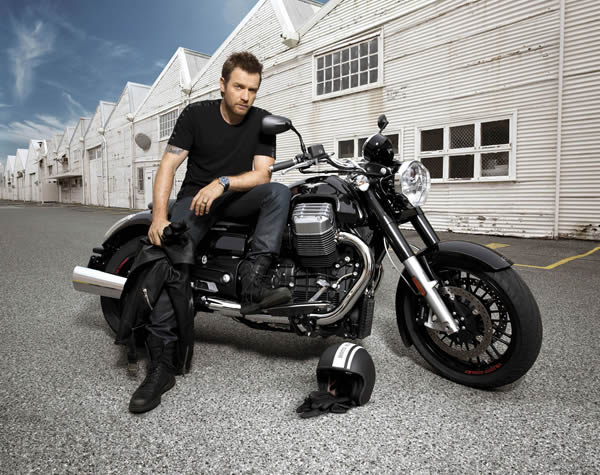 The following day the crew were in Fremantle with the sleek California 1400 Custom. The scene set against the back drop of the old sheds of the docks, captured the tough appeal exuded by the Custom and the rugged motorcyclist in Ewan McGregor.

The closing shots of this formidable partnership are set against a twilight backdrop highlighted by Perth’s skyline, where at the end of the last shots with the California Custom, Ewan McGregor describes the experience: ”I’m proud to have starred in this advertising campaign. I think we have really done something unique and great. I liked the new California 1400 straight away, from the first time I saw it,” he said.

”The “My Bike, My Pride” advertising campaign was launched today, April 5, all over the world and it will be carried in the press and on the websites of all the major lifestyle and specialised publication with the highest advertising budget ever allocated by the Piaggio Group for the Moto Guzzi brand.

The advertising campaign was handled by The Ad Store Italia agency. More information, pictures and a video interview with Ewan on Moto Guzzi will be available on the official website www.motoguzzi.com.au.

Aprilia and Moto Guzzi take a walk on the Northside!

NORTHSIDE Motorcycles at Artarmon on Sydney’s north shore has become a new home for Moto Guzzi and Aprilia Motorcycles.
[…]

MOTO Guzzi has announced that in celebration of its 4000 mile journey to the Arctic Circle in 1928, a limited edition Norge GT 8V ABS will be released. […]