The Honda Repsol Team released a statement today explaining Marquez was immediately taken to hospital after his accident where a CT scan along with an X-ray confirmed a spiral fracture of the distal third of his right fibula.

Dr. Xavier Mir confirmed: “The results show no ligament damage or dislocation and no need to proceed with surgery. I expect he will need 3-4 weeks to fully recover.”

Marquez will not be attending next week’s Sepang test and it’s a possibility he may miss the Phillip Island, Australia test in three weeks’ time. A full recovery is expected for the first MotoGP race of the season in Qatar near the end of March.

Marquez said: “It was a really unfortunate accident that could happen to anyone at anytime. I was rushed to hospital and Dr. Mir treated me, thankfully there was no ligament damage and it seems like a clean break.”

Marquez has begun his rehabilitation with magnetic therapy and will remain non-weight bearing for two weeks. 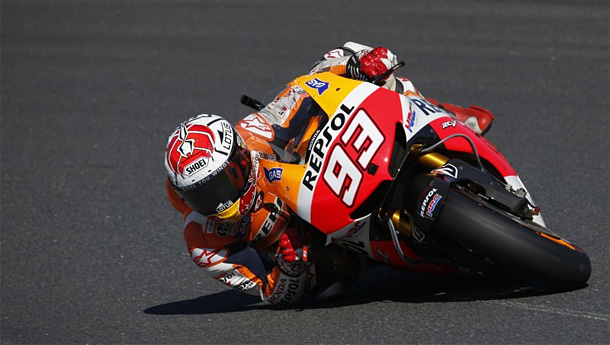