Isle of Man/Munich, 8th June 2014. BMW Motorrad and Michael Dunlop (NI) have repeated history, echoing Georg “Schorsch” Meier’s (DE) legendary Senior TT victory of 1939 on the Isle of Man. Dunlop’s third BMW-powered victory of the week came in the most prestigious race of all: the blue riband Senior TT race. Before that, Dunlop had already won the Isle of Man TT Superbike and Superstock races on the BMW S 1000 RR. And it was him again who triumphed in an exciting and thrilling Senior TT race. 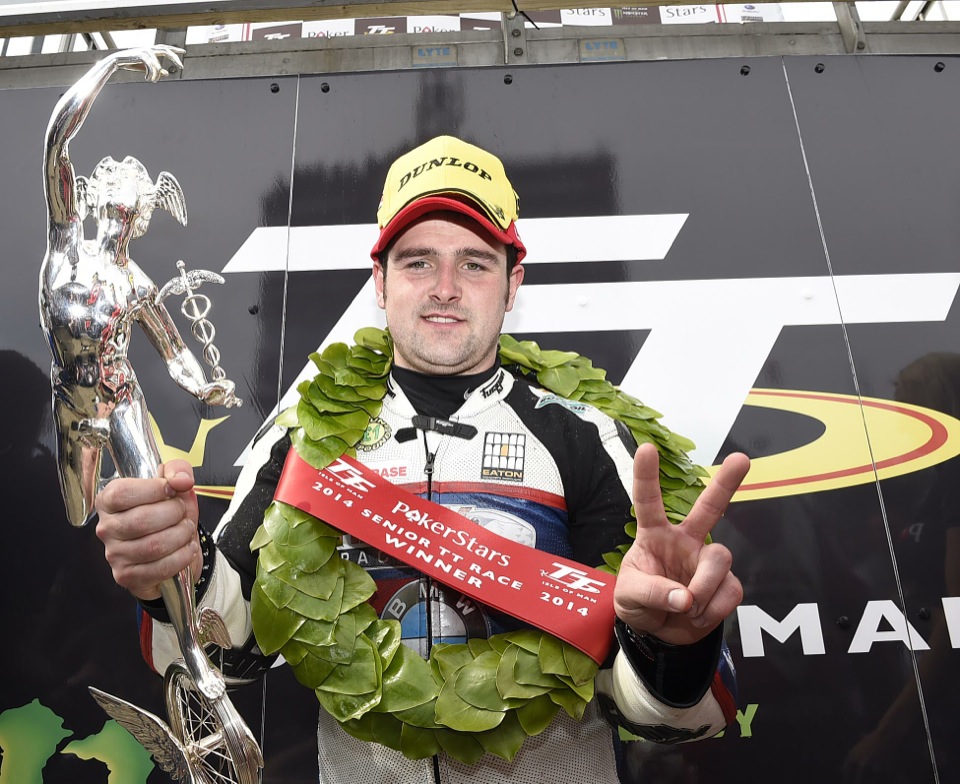 BMW Motorrad UK entered into road racing in 2014 to celebrate Meier’s famous victory of 75 years ago, in which he rode his factory Type 255 Kompressor and took BMW Motorrad’s first ever TT win. Joining forces with Hawk Racing, the team behind the Buildbase BMW Motorrad British Superbike entry, and supported by BMW Motorrad Motorsport, BMW Motorrad / Hawk Racing was formed.
The experts from Munich helped with their expertise, but also with technical support. For example, BMW Motorrad Motorsport supplied the Superbike engine for Dunlop’s RR.Beginning with the North West 200 in May, Dunlop and the team took victories in both the Superstock and Superbike classes as part of their build up to the Isle of Man TT. The BMW Motorrad / Hawk Racing team have now added a further three TT trophies to the tally, proving that the BMW S 1000 RR is a force to be reckoned with in road racing.
Twenty five-year-old Dunlop has secured his own place in history by increasing his total to a stunning 11 TT wins, three of them coming this week onboard BMW S 1000 RR machines in the Superbike, Superstock and Senior TT races. He also became the first rider in history to win four TT races in two consecutive years.
“The Senior TT race is the only one I’ve not won before at the Isle of Man and it’s very special to have won it this year. I’ve given BMW Motorrad three wins here and we’ve repeated its victory in the Senior TT in 1939”, said Dunlop. “At the start of this fortnight people were saying I was mad to be here on an unproven bike. I think now nobody will doubt the BMW S 1000 RR. The whole package is fantastic and the team has been brilliant. For BMW Motorrad to have built a bike that can come here for the first time, to survive six race laps without missing a beat, and to win… that is amazing.”
“It is so overwhelming that I am nearly lost for words. What happened this week on the Isle of Man is simply unbelievable”, enthused Berthold Hauser, BMW Motorrad Motorsport Technical Director. “Michael had never ridden the RR before, but he came, jumped on it and raced from victory to victory. Believe me: I have been involved in motorcycle racing for decades but I can hardly recall something similar. Especially as we are talking about the most cruel and treacherous challenge in road racing, the Isle of Man TT. We are happy and proud that we could do our bit in achieving this success by providing technical support and all our expertise regarding the RR. A big ‘Thank you’ to Michael for joining us in this adventure and winning all three races and to everybody who made this success happen.”
“This is a very proud moment for BMW Motorrad Motorsport”, added Udo Mark, BMW Motorrad Motorsport Marketing Director. “There could be no better way to celebrate the 75th anniversary of Schorsch Meier’s victory than to return to the Isle of Man and to win again. Congratulations to Michael and the team. They have shown an unbelievable performance in winning all three races.  We are very proud that we played our part and that our joint effort with the team led to this historic triple.” 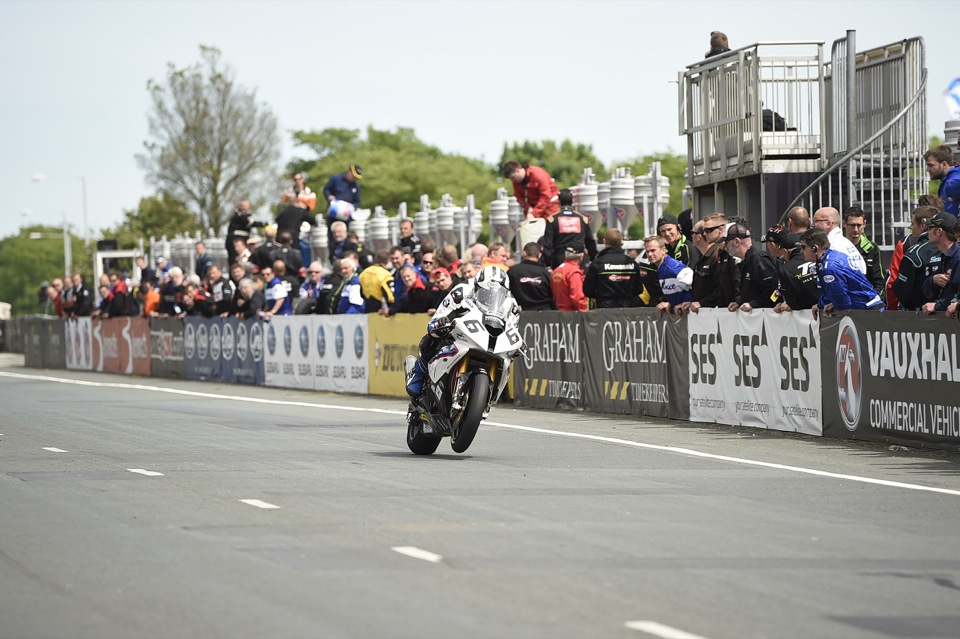 BMW motorcycles is synonymous with motorcycle touring. It’s been that way for many many years. BMW Australia runs two ‘Safaris’ a year, the GS Safari which caters for the adventure set, and the Touren Sport Safari for riders on BMW road machines. […]