The 30,000 km motorbike ride from London to Magadan, on the edge of Russia, has been described as one of the most challenging rides in the world. For four long months a group of adventure riders from around the world travelled across a quarter of the Earth’s surface, pushing themselves and their bikes to the limit. This 2 Disc x 50 minute DVD set highlights that journey through Europe, onto the historic Silk Road, deep into Mongolia, through the Siberian wilderness and the experience of an incredibly moving final ride along the Road of Bones; a spiritual wasteland where two million people perished during Stalin’s reign of terror. Narrated by Charley Boorman this DVD was filmed by Thought Films and was filmed during the Compass Expeditions 2014 London to Magadan Expedition 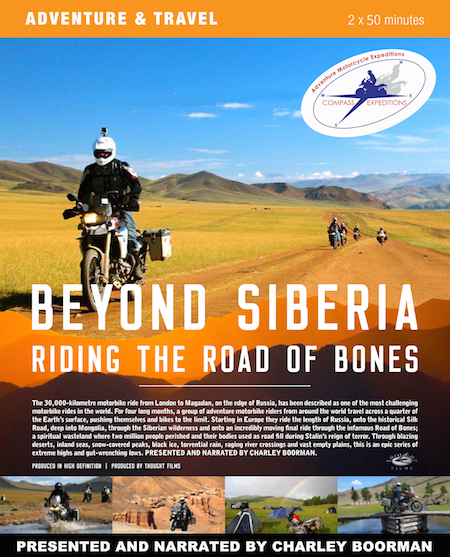