After over 12 months of preparation and earth works, including the moving of over one million square metres of topsoil and 350,000 cubic metres of earth, the laying of asphalt has begun at The Bend Motorsport Park, Tailem Bend.

Over 125,000 square metres of asphalt will be laid on the South Australian track which features a 7.77km GT Circuit and 85m of aggregate rise and fall. 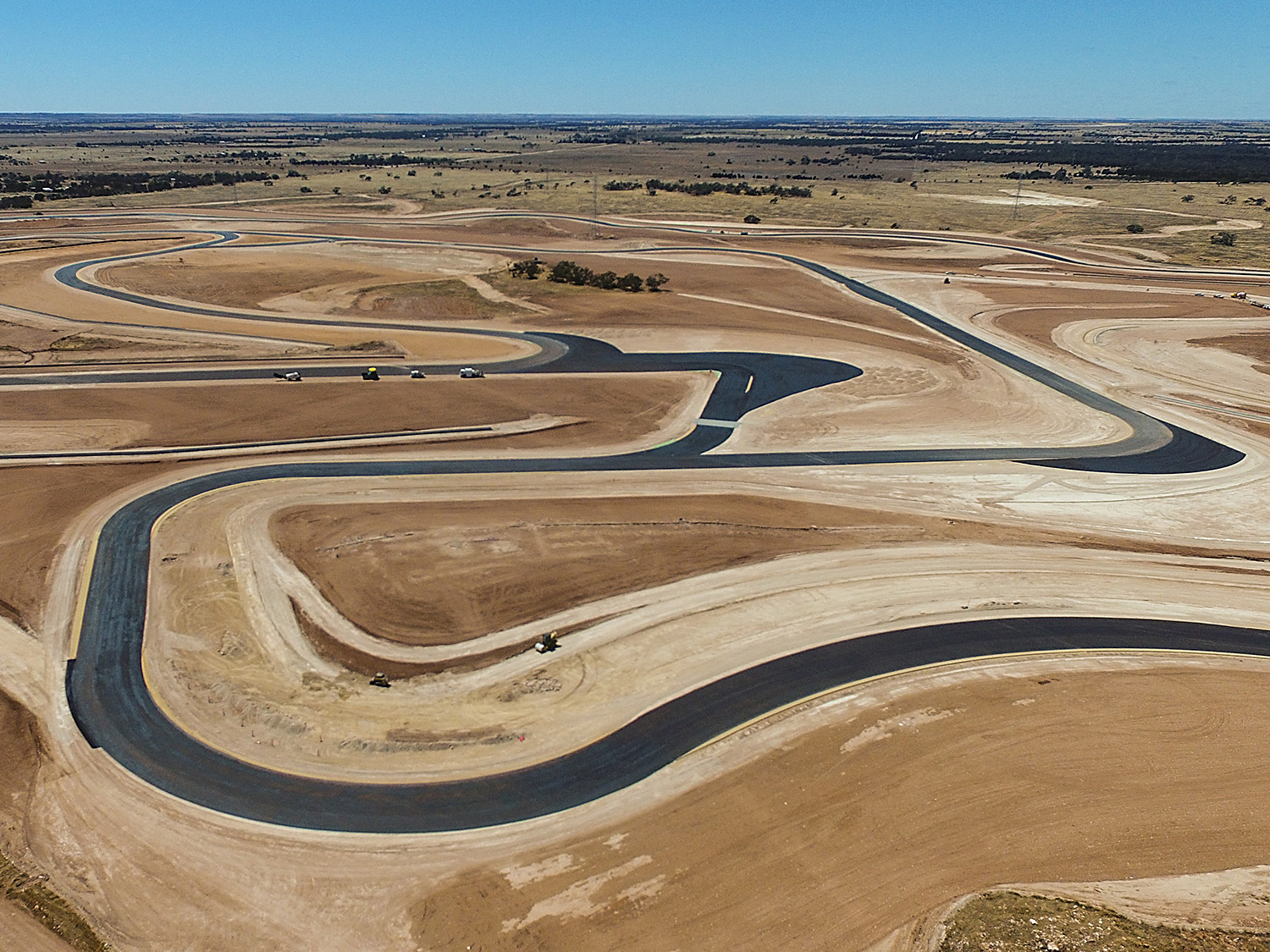 It is the second longest permanent race circuit in the world.

The asphalt needs to withstand high, concentrated loads that race cars and bikes will repeatedly apply to the circuit whilst under brakes. On turns there is tremendous shear stress, as sticky, slick tyres pull on the asphalt.

Due to the small contact patch (as small as 4 square centimetres!), motorcycles apply an especially high load on a racing circuit.

The process consists of two layers, a levelling course and a final asphalt wearing course.

The levelling course is laid with a single crew, laying about a third of the width with each pass. 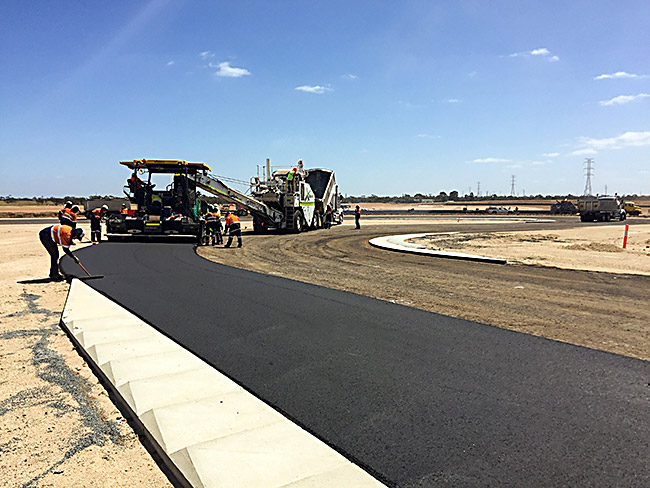 The final wearing course is laid with three crews paving in echelon to complete the full width of track in a single pass.

Consistency is also important and the tolerances reflect this.

The base levelling course has a maximum tolerance of just 20mm and the final wearing course allows for just 5mm of tolerance.

The asphalt is produced on site with a mobile asphalt plant, one of only two of its kind in Australia.

The laying of asphalt is an important milestone for The Bend Motorsport Park as it races towards hosting its first event in January 2018, the Revolve24 endurance cycling event.

Revolve24 riders will be the first to compete on the new circuit.

A Supercars Supersprint event will take place in August 2018.

An independent economic study has shown that once fully developed, The Bend is projected to create 1631 full-time jobs and its economic benefit to the state is estimated to be $236 million in Gross State Product annually, attracting 339,000 extra visitors to the region.