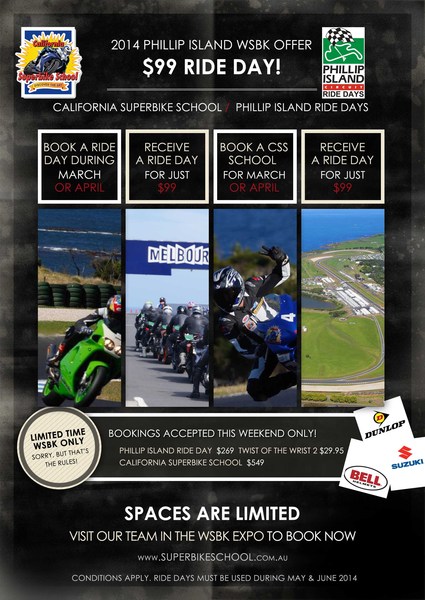 The International Island Classic held this long weekend at Phillip Island will be a case of young guns and old timers working together to take out the prestigious teams’ event. […]

The second round of the 2014 eni FIM Superbike World Championship was taken by storm by Japanese manufacturer Kawasaki, that claimed the first two steps of the podium in both World Superbike races, as well as coming out on top in World Supersport. and with the best classified EVO rider in race 2. […]

JOHNATHAN REA has shown early signs that he will once again be the one to beat in this year’s World Superbike Championship.. […]