Suzuki has lifted the lid on its 2018 RM-Z450 motocrosser: a redesigned engine, new frame, electronics, suspension, wheels and tyres are amongst the changes.

The air-filter aperture is 30-percent larger for enhanced airflow, while the outlet tube leading from the airbox to the fuel-injection throttle body is also straighter, reducing intake resistance for increased power across the rev range. 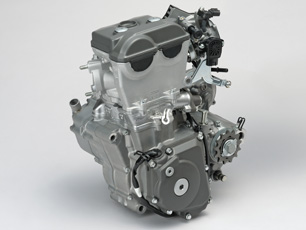 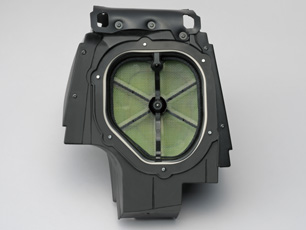 Increased fuel-pump pressure strengthens the air-fuel mix for enhanced response, and the elimination of a throttle linkage improves throttle feel. 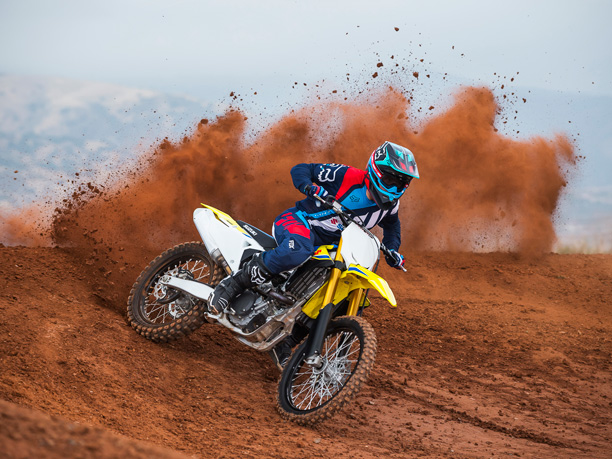 The all-new lightweight frame and swingarm significantly is claimed to improve turning performance by reloacting the pipe point 10mm back, resulting in a shorter wheelbase.

Weight distribution has been brought forward to increase agility and stability.

The frame has a more rectangular cross-section for the main spars to improve fore-aft rigidity and optimise overall stiffness, Suzuki has also shaved 700g of weight. 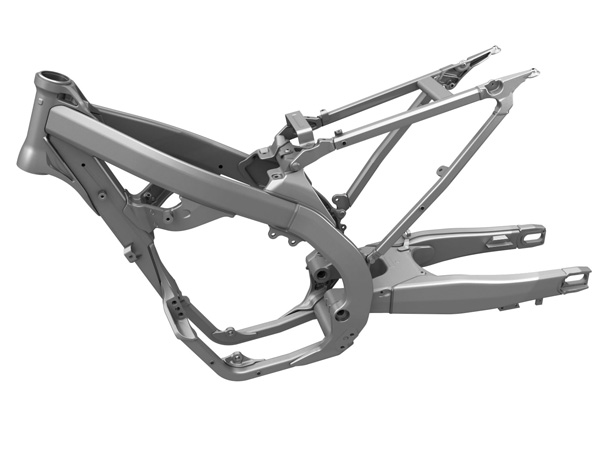 Swingarm upgrades include thinner materials for a 100g weight reduction and optimised rigidity. 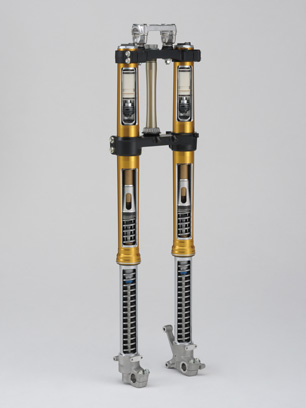 Up front, an updated 49mm Showa coil-spring fork based on works design replaces the separate function air fork of the previous-generation RM.

The Showa BFRC shock shares technology with the 2018 GSX-R1000R sportsbike and is also the first production motocross bike to feature this new shock seen on factory race bikes as standard equipment.

The design balances pressure above and below the piston to better control the stroke and smooth out reactions to bumps and chop, even under heavy braking.

Finished in durable black for a factory look, the new rims have an optimised cross section, which maintains strength while also reducing critical rotating mass by 70g total. 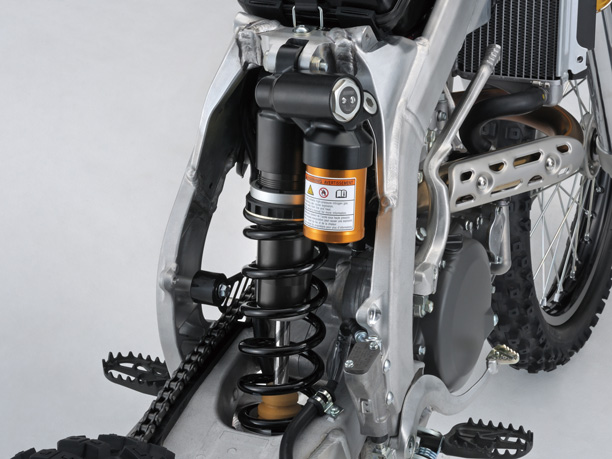 The third-generation electronics systems works to get as much power to the ground as possible.

By plugging in either of two additional fuel-setting couplers, riders can opt for a richer-than-stock or leaner-than-stock fuel setting to make the most of any riding conditions.

Included with the bike, these couplers can be easily plugged in trackside.

The 2018 RM-Z450 has a fresh new look which projects a dynamic arrow form extending from the front fender through the radiator shrouds.

The all-new 2018 RM-Z450 is expected to arrive in Australia this Spring with final specifications and pricing being confirmed closer to launch.
It’s available in Suzuki Yellow with new team graphics and logos.

For further information on the 2018 Suzuki RM-Z450 interested customers should visit their local Suzuki dealer, who can be found through the Dealer Locator. 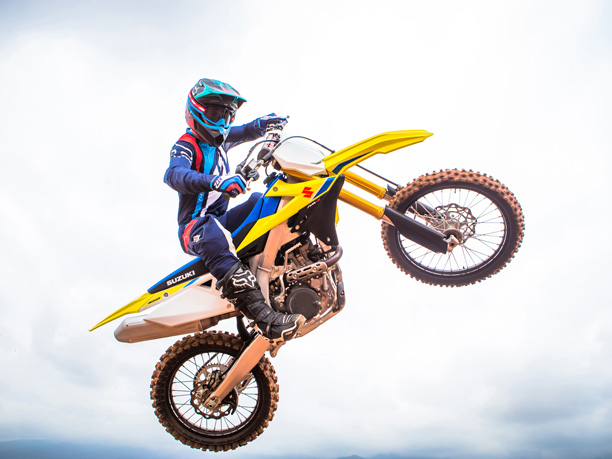 The third round of the 2014 eni FIM Superbike World Championship, which saw an overall attendance of 52,252 spectators, reached its climax today with the two races held in completely different weather conditions at the Assen TT circuit. […]